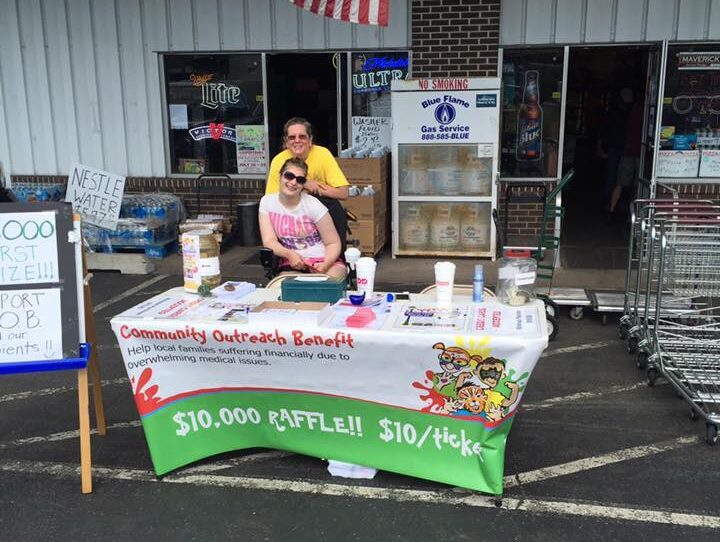 Editor’s Note: The deadline to make a donation to this year’s COB fundraiser has been extended from Aug. 1 to Sept. 15.

The Community Outreach Benefit (COB) has spent the last 19 years providing financial support to local families who have been burdened by medical expenses.

The benefit was started in 2002 by members of St. John’s UCC in Coopersburg to raise money for a fellow family in need. In that first year the benefit raised $8,200. In the nearly two decades since, COB has raised approximately $950,000 for 61 local families.

The COBcares Team decided back in January that the 2020 campaign will be their last, however.

“We believe that organizations have a life span, that it is impossible to extend forever the vision we launched 19 years ago,” the benefit said in a June statement about the decision. “Even as COB has changed over the years, it’s clear to us that our dedicated volunteers are ready to serve the community in different ways.”

In past years, COB has raised money through a variety of community events, such as block parties, golf tournaments and 5K road races. This year’s campaign, however, will function differently, as the benefit is now solely focused on collecting monetary donations.

Donations can be made online from the benefit’s website. Cash and check donations may also be mailed to St. John’s UCC at 538 E. Thomas Street, Coopersburg, PA 18036. Donations are being collected until Sept. 15, and 100 percent of the funds go directly to this year’s recipients.

One of this year’s recipients is Addam Simpson. Simpson, 37, lives in Upper Bucks County with his wife, Desiree, and their five children. The family has lived in Simpson’s parents’ house since Addam became critically ill with a diagnosis of lymphedema, acute respiratory distress syndrome and adult kidney failure in 2019. The Simpsons plan on using donations to help them move out of their parents’ home and purchase another vehicle.

Joseph and Jamie Gambetta, who are 37 and 32 respectively, live in Center Valley with their four children. In early 2019 Jamie began having headaches and experiencing dizziness, which forced her to give up her job at Dollar Tree. She was later diagnosed with idiopathic intracranial hypertension, and is now scheduled for surgery to reduce pressure inside her skull.

Joseph also has health problems, after breaking several spinal bones during a fall while carrying furniture at his job. In spite of spinal fusion surgery he continues to experience chronic pain and is unable to work, according to his biography from COB. The Gambettas would like to use donations to rehabilitate their home and get caught up on their debt.

The Stokes family have been awaiting a lung and heart transplant for their two-year-old son, Logan, who has been diagnosed with hypoplastic left heart syndrome with pulmonary stenosis. Logan was a patient at the Children’s Hospital of Philadelphia (CHOP) earlier this year, but he has since been sent home and the family does not know if the transplant will proceed. Logan lives in Lehigh County with his father, Adam, his mother Ivelisse, and his 10-year-old sister, Leilani.

The family bore a tremendous financial burden traveling to and lodging in Philadelphia while Logan was at CHOP. They plan on using donations to get caught up on their many debts.

Shannon and Richard Leary, both 38, are the fourth and final recipients of the 2020 campaign. The couple lives in Quakertown with their three sons. Shannon’s diagnosis is uncertain, but it includes colitis and endometriosis. She has suffered numerous cycles of infections and surgeries since the birth of their youngest son.

One surgery resulted in Shannon losing most of the function in her left leg, and she primarily moves around in a powered wheelchair now. The Learys would like to put donations toward a van with a ramp to transport Shannon’s wheelchair.

More information about this year’s recipients can be found on COB’s website. With the support of the community, COB can reach $1 million in donations this year, all while helping local families in need.