The Borough of Hellertown is looking to encourage businesses to make exterior renovations with their Facade Improvement Funding program. The program–which has been helping property owners finance upgrades for several years–offers a one-to-one reimbursement grant for facade improvements up to a maximum amount of $10,000.

The program is offered to any business located on Main Street from Walnut Street through Kichline Avenue, on Water Street from Front Street to Delaware Avenue, or on Front Street. It is also open to non-commercial property owners in those areas.

Eligible facade improvements include doors and windows, exterior woodwork, signage, painting, power washing, roofing and more. The program also offers a one-to-two reimbursement grant ($1 in grant money for every $2 in private funds) for streetscape improvements, which include sidewalks, street trees, fences and more.

According to Borough Manager Cathy Hartranft, there is $25,000 in borough funding still available for the program. Hartranft said the funding is made available by Northampton County through the Community Investment Partnership Program. Hellertown has applied for funds through the program in 2015, 2016 and 2018.

The program expires after two years, so time is running out for businesses to take advantage of the 2018 funds.

“I would definitely encourage any business that is interested in applying to apply,” Hartranft said recently.

Gary’s Custom Cuts, located at 818 Main Street, is one of the most recent businesses to use the program to help fund facade improvements. Gary Bauer, owner of the barbershop, has taken advantage of the program twice since purchasing the building.

Bauer replaced the building’s roof in 2016, and just last year he used the program to make a variety of exterior improvements.

“Last year I completely revamped the outside,” Bauer said. “I got a new sign and I repainted the exterior of the business.”

Bauer had always intended to renovate the building’s exterior. He said that the borough’s program gave him the necessary incentive to go through with the renovation.

“It’s definitely advantageous to do it,” Bauer said.

He used the funds to paint the red brick exterior a more modern, gray color. He also used the money to install a new handmade, wooden sign. The sign is constructed out of reclaimed wood, and it was specially made by a builder in Omaha, Neb.

According to Hartranft, the application process is not difficult, although it can be time consuming as it requires that bids from three different contractors for each renovation element be submitted 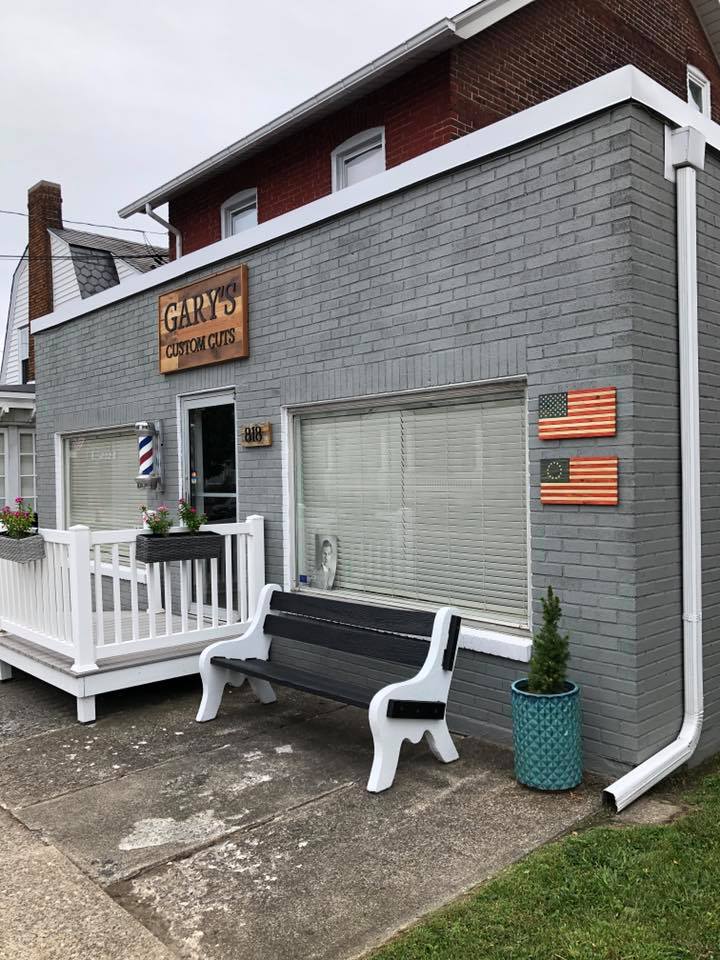 Bauer offered his own advice for business owners interested in the program.

“Any advice I would give to somebody is just go in there with an open mind, and know that they are probably going to question what you are doing a little bit,” he said. “Just roll with it and know that the end game is that you’re most likely going to get the finances to help.”

Bauer did indeed get the necessary finances to renovate his business, and people have noticed the improvements.

“The clients love it. I’ve had a lot of people say how much nicer the building looks,” Bauer said. 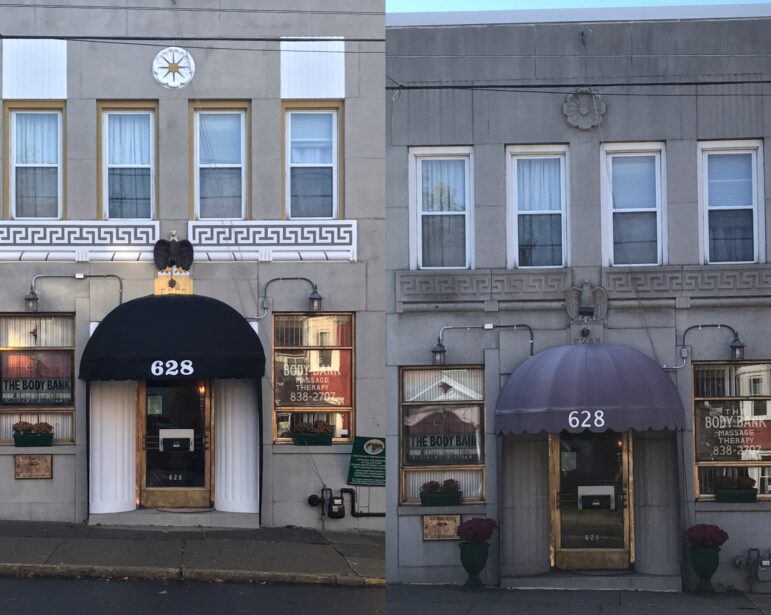 Before (right) and after (left) shots of Saucon Valley Massage Therapy on Main Street in Hellertown. Owner Westley Morris took advantage of Hellertown’s Facade Improvement Funding program to power wash and repaint the building’s exterior as well as install a new sign, awning and window vinyl.

Westley Morris, owner of Saucon Valley Massage Therapy, took advantage of the program in 2018. He used the money to power wash and repaint the building’s concrete facade, as well as install a new sign, awning and window vinyl.

Like Bauer, Morris has received plenty of positive feedback on the improvements.

“It really enhanced the building,” he said. “I can’t tell you how many people have said ‘I’ve driven past this place for years and never knew it was here,’ because now it really stands out.”

Morris was more than pleased with the entire process for receiving the grant. He was able to pick whichever contractor he wanted to complete the renovations, and he said the funds were distributed relatively quickly. He is even considering using the program again to improve his building’s exterior lighting.

“It’s a little dated, and I think we could do better,” he said. 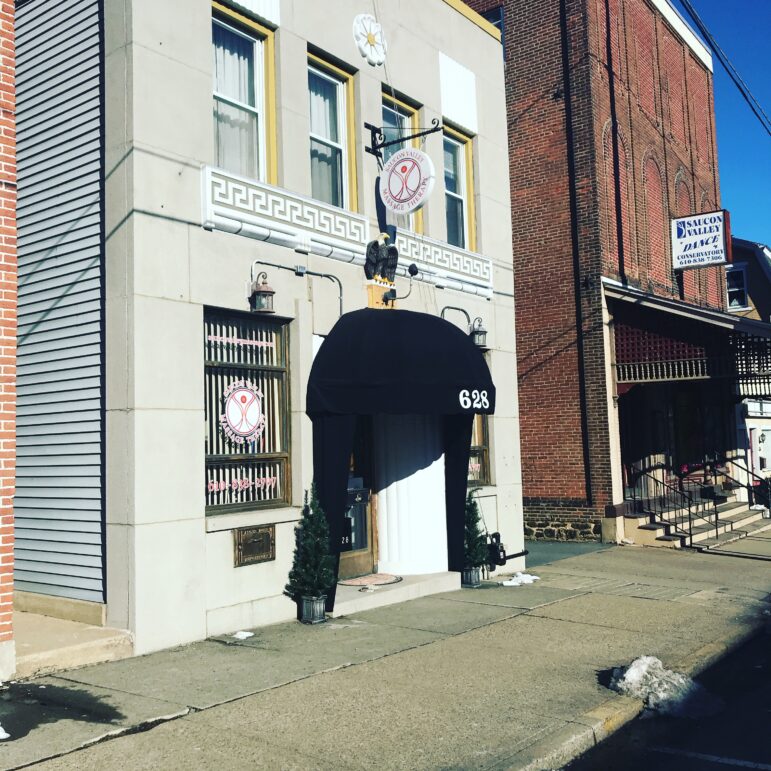 Westley Morris of Saucon Valley Massage Therapy in Hellertown said he is considering applying for another facade improvement grant in order to make improvements to his building’s outdated exterior lighting.

Hellertown’s Planning Commission is the first board to review the project applications, and Hartranft finds that the experience and expertise of members on the commission leads to high quality improvements.

“Having architects and engineers on the planning commission means we always have really good projects,” she said.

“Kris and Cathy are phenomenal to deal with,” Bauer said. “If anybody has questions I would 100 percent say that those are the people that you want to talk to about this.”

The program has already been used to fund 19 projects since 2015, with $154,000 in private money going into them. Other businesses to take advantage of the program include Lost Tavern Brewing, Heintzelman Funeral Home and Feet First Podiatry.

The full policies and procedures for the program can be found online, or they may be obtained at Hellertown Borough Hall.