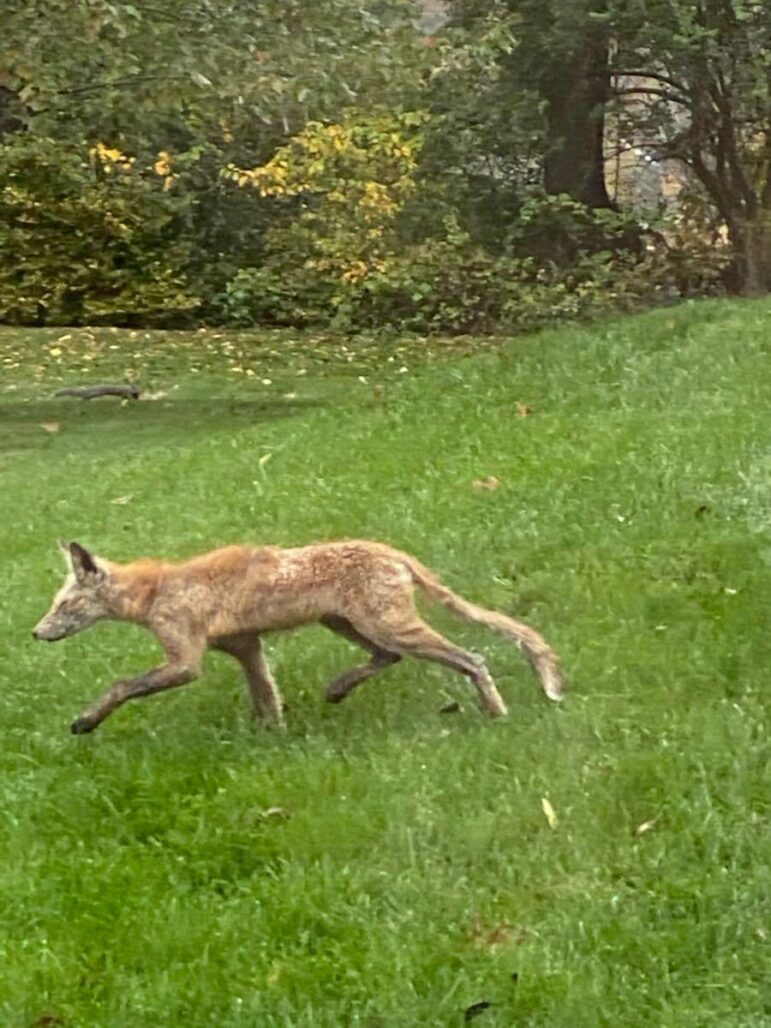 The coyote pictured above was spotted trotting along Woodfield Drive in Lower Saucon Township Wednesday morning.

There has been another coyote sighting in the western portion of Lower Saucon Township; the second to occur in that area in less than a month.

She said the animal was spotted around 11 a.m. on Woodfield Drive, in the heart of a residential area.

The earlier coyote sighting occurred in late September in a neighborhood on Colesville Road.

Coyotes don’t normally pose a threat to people, however when sightings occur police typically recommend that small children and pets not be left unattended in yards or other outdoor settings.

Once a relatively rare sight, coyotes have been making a comeback in southeastern Pennsylvania in recent years, even as development has sprawled across thousands of acres of land that was once open space. 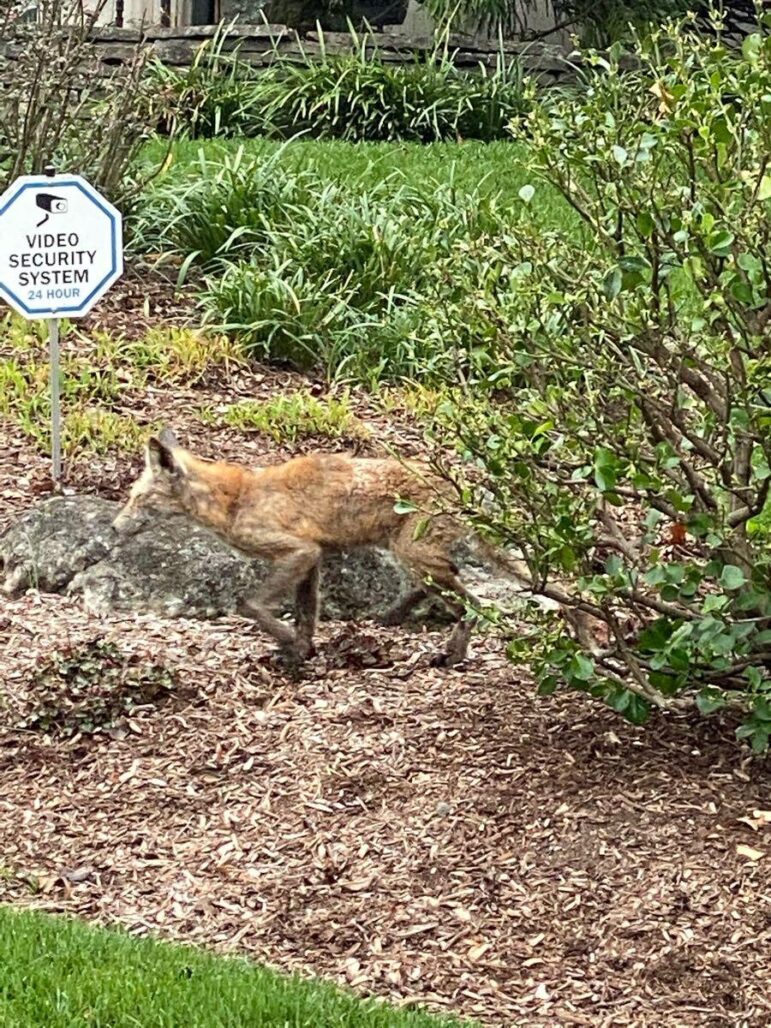 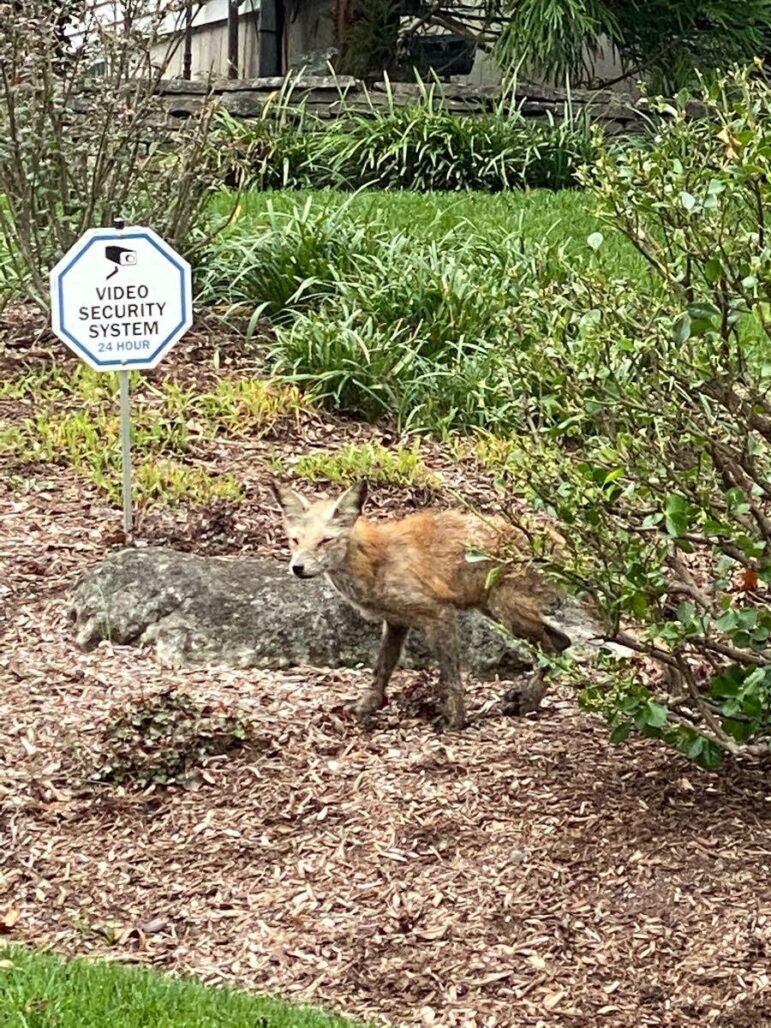