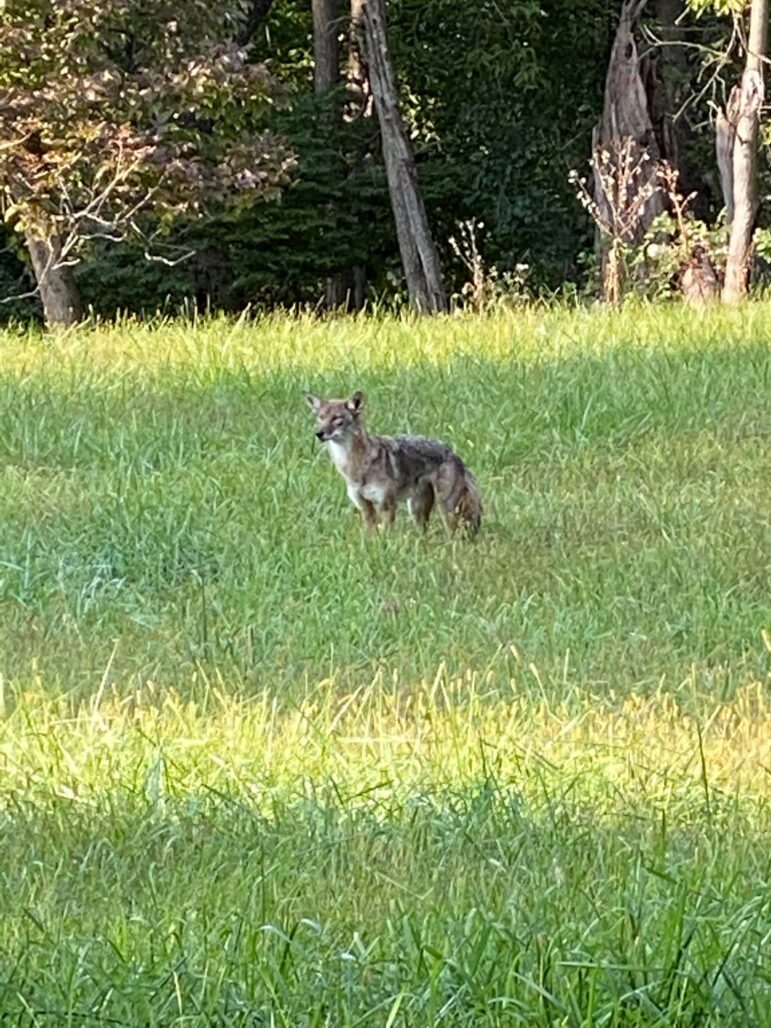 A Saucon Source reader captured this photo of a sleepy-looking coyote resting in a field in the western part of Lower Saucon Township on Tuesday, which was the first day of fall.

A coyote appeared perfectly content in the warm sunshine and tall grass of a Lower Saucon Township field Tuesday afternoon.

A Saucon Source reader captured photos and video (below) of the animal in the field along Colesville Road.

In recent years, coyote sightings have become more common in parts of the township, as the species’ population has steadily increased throughout much of Pennsylvania.

The animals typically pose no threat to humans, although police sometimes advise that small pets and children not be left unattended in areas in which they’ve been spotted.