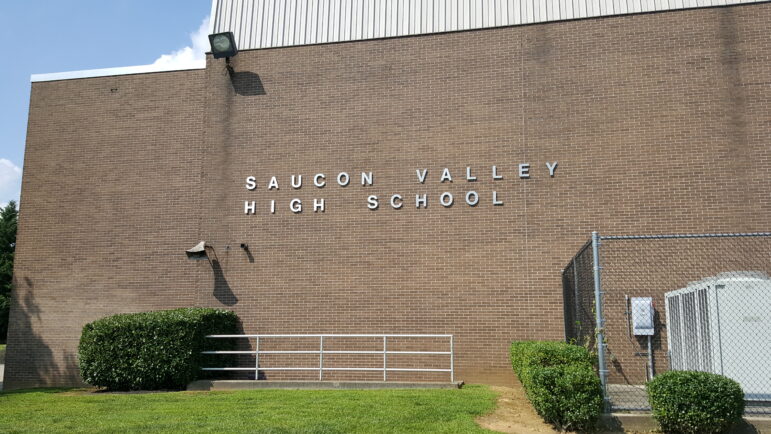 Five coronavirus cases have been confirmed at Saucon Valley High School in the past week. As a result of the rising number of cases the school will be closed for 14 days, district superintendent Dr. Craig Butler announced Monday. (FILE PHOTO)

Just hours after confirming the third coronavirus case in about a week at Saucon Valley High School, district superintendent Dr. Craig Butler announced Monday that two more cases have been confirmed, and that the school will be closed for two weeks as a result.

In an email to parents, Butler said the decision to close the school for the next 14 days is based on a Pennsylvania Department of Education recommendation.

The school had already been ordered closed for five days due to the cases announced last week, meaning students were set to learn remotely through Wednesday, Nov. 4.

That period of remote learning is now extended to Sunday, Nov. 15, Butler said.

All extracurricular activities at the high school are canceled during the same time period, which will likely have an impact on the continuation of football and other fall sports.

With hundreds of citizens expected to vote in the Saucon Valley High School gym during Tuesday’s presidential election, Butler said Monday that “the gym area has been cleaned and disinfected for the safety of all voters and volunteers.”

Residents of Hellertown borough’s third ward who formerly voted at the Saucon Valley Community Center as well as residents of Lower Saucon Township who normally vote in the board meeting room at the high school will be casting their ballots in the gym.

The entire high school will also be deeply cleaned and sanitized after Tuesday, which is also being done in accordance with Department of Education guidelines, Butler said.

“I strongly encourage families and students to exercise all safety precautions including masking and distancing outside of school hours,” he told parents. “The health and safety of our students and staff is of the utmost importance.”

The addition of Monday’s cases brings the total number of confirmed cases at Saucon Valley High School since classes resumed in late August to seven.

To date there have been no confirmed cases reported in either the elementary or middle schools and both schools are holding in-person classes as normal.

Approximately 80 percent of Saucon Valley students returned to in-person classes five days a week in late August, with COVID-19 precautions in place. Those precautions include keeping desks further apart in classrooms, eating lunch in classrooms rather than in the cafeteria and the use of face masks except during lunch and mask breaks.

The Pennsylvania Department of Health Monday reported a combined two-day total of nearly 4,000 new coronavirus cases, and reiterated in a news release that “daily increases are now the highest they have ever been since the start of the pandemic.”

With Pennsylvania considered to be an election battleground state, fears of a worsening fall resurgence have been compounded in the final days of the campaign, as events such as a rally held by President Donald Trump in Hanover Township, Northampton County, last week have drawn thousands of people together in relatively small spaces.

The state recently revised its guidelines for outdoor events, loosening them by allowing a percentage of a venue’s maximum seating capacity to be filled rather than capping the limit for all outdoor events at 250 people, which was the previous rule.