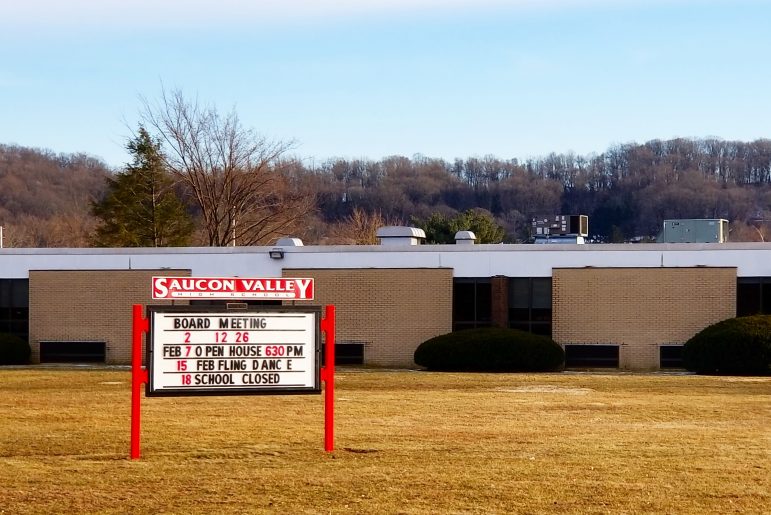 Approximately 750 students are enrolled at Saucon Valley High School in Lower Saucon Township. Five cases of the coronavirus have been confirmed at the school since classes resumed there in late August, including four among students and one in a staff member. Two cases were confirmed in late September. Three cases have been confirmed since Oct. 27. (FILE PHOTO)

The second coronavirus case in as many days has been confirmed at Saucon Valley High School, district superintendent Dr. Craig Butler announced in an email to parents late Sunday afternoon.

Butler announced a case involving a high school student Friday evening, along with the closure of the high school for five calendar days; a result, he said, of the fact that a third case was confirmed early last week.

On Sunday, Butler said the latest case would not affect the mitigation plan that is already in place, which involves keeping the school closed until Thursday, Nov. 5 and canceling all extracurricular activities at the school until then.

On Monday, Tuesday and Wednesday all high school students will have remote learning.

Faculty and staff must report to work as usual.

The high school will also be in use on Tuesday as a polling place for voters for voters from Lower Saucon Township and Hellertown borough.

Butler noted in his email Sunday that “all affected areas in the school(s) have been deep cleaned and sanitized.”

The closure of the high school does not affect the elementary and middle schools, which are part of the same campus but will remain open.

To date, no cases have been confirmed in either of those schools, however Sunday’s case is the fifth at Saucon Valley High School since classes resumed there in late August.

Saucon Valley is one of the few districts in the Lehigh Valley area that opted to have students return for full in-person learning this year, unless families opted to have their children learn remotely.

“The health and safety of our students and staff is of the utmost importance,” Butler said Sunday. “Our actions are based on that premise.”

However, on Saturday the state confirmed more than 2,500 cases, and last week it set a new record for the most cases confirmed in a single day.

“Daily increases are now the highest they have ever been since the start of the pandemic,” a news release from the department indicated Saturday.