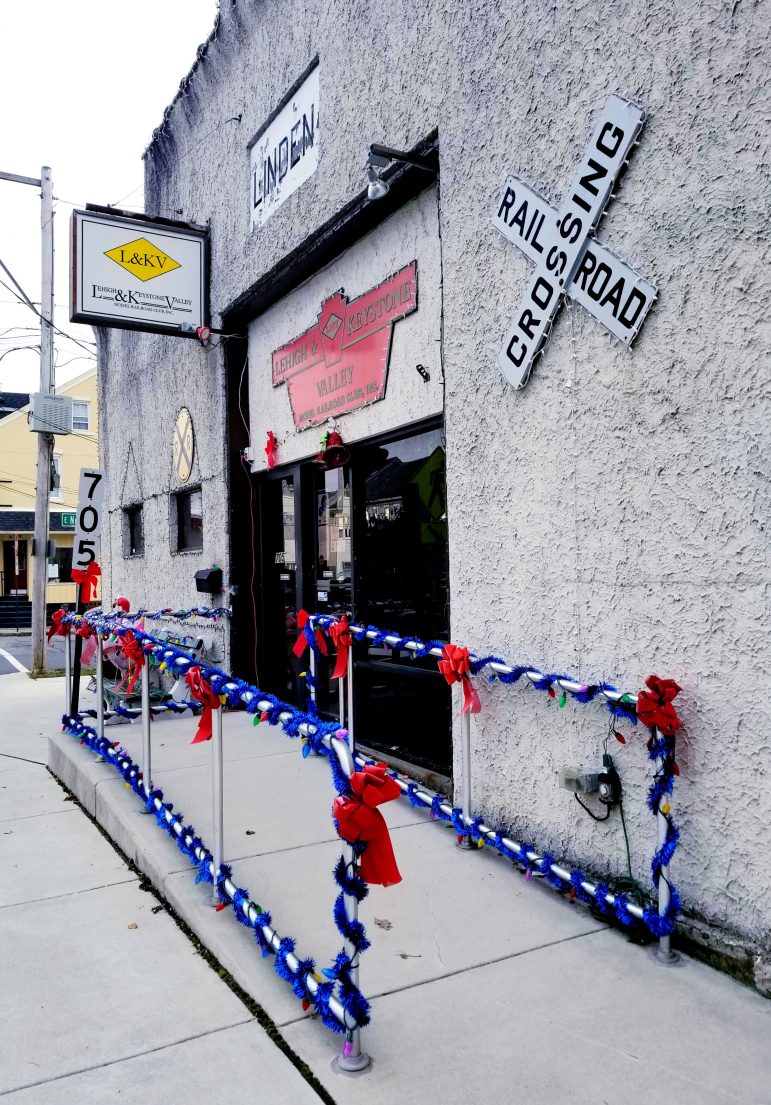 After all, the museum was voted the winning business display in Saucon Source’s 2020 Holiday Lights Contest and Fundraiser last month.

The winding railroads, beautiful scenic displays, and models of historic locations inside the museum, however, are equally as picturesque and striking as the exterior display.

Packed into the museum building at 705 Linden Street in Bethlehem is more than 7,000 feet of model railroad track. Visitors to the museum can explore every inch of track and watch as model trains pass by miniature versions of historic sites from around the area.

The display depicts the historic routes of the Lehigh Valley Railroad, the Reading Railroad and the Central Railroad of New Jersey. The winding, two-tiered display includes depictions of areas reaching as far west as Harrisburg, as far north as upstate New York, and as far east as Elizabethport, N.J.

Visitors will surely notice plenty of local landmarks along the model railroad, such as Bethlehem Steel’s iconic stacks and furnaces, the former Allentown passenger station, Bethlehem Steel’s Coke Works, the former Huber Breaker building in Ashley, Luzerne County, the Easton railroad station and many others. 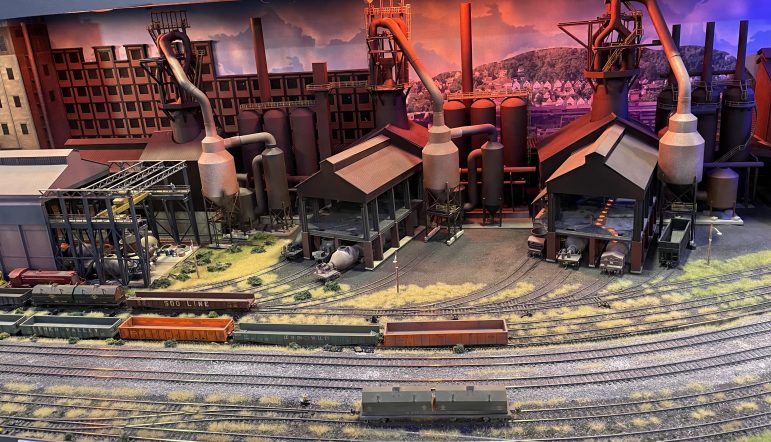 The iconic Bethlehem Steel blast furnaces are included among the museum’s Bethlehem attractions.

Of course, visitors will also see plenty of train cars during their visit.

“It’s definitely in the thousands, I can tell you that,” laughed Marc Samuelson, a 10-year member of the museum, when asked how many individual model train cars are stored in the building.

The museum also houses nine functional classification yards, including the Allentown yard. Yards are used to classify train cars based on their destination, and then assemble full trains for departure.

The museum even has a dispatch room containing six monitors overlooking the entire display, and it employs dispatch software that is modeled after what modern-day rail systems use.

“This is designed off the system that New Jersey Transit and Conrail use,” Samuelson said. “It’s not the same stuff, but I have it modeled off of it.”

On demonstration days, Samuelson said visitors can watch trains moving along the railroad tracks much in the same way that real trains have moved passengers and goods throughout Pennsylvania for nearly 175 years. 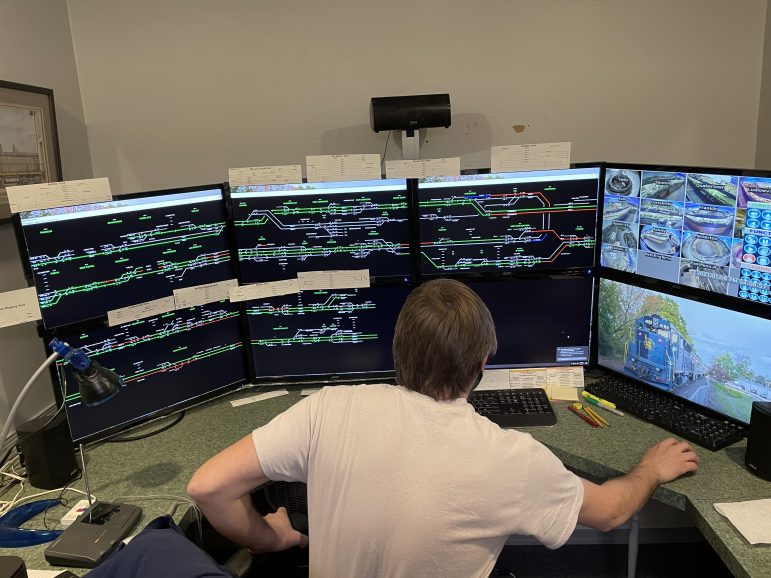 Marc Samuelson sits in the dispatch room at Lehigh & Keystone Valley Model Railroad Museum in Bethlehem. He helped assemble the museum’s dispatch system, which he modeled after real-life rail systems.

Samuelson, who also plays a role in building the museum’s scenery, has gained his expertise in trains and railroads through his 14-year career as an engineer and conductor for the Norfolk-Southern Railway.

Lou Blaukowitch does the majority of the scenery construction. Due to the historic nature of many of the landmarks included in the display, Blaukowitch and Samuelson recreate many of the buildings and stations from scratch, relying on period photographs to do so. 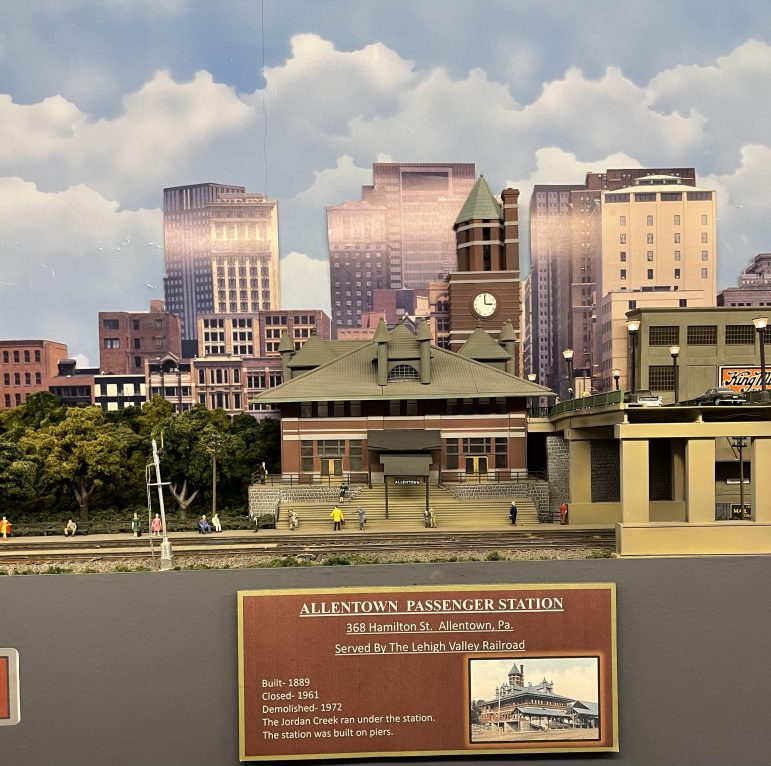 The former Allentown passenger station, like many of the museum’s landmarks, was hand-built from scratch using photographs from the era. The station, which was located on Hamilton Street, was demolished in 1972.

The museum will be hosting events the next two weekends from 1 to 5 p.m. On Jan. 23 and 24 the museum is hosting modern equipment open houses. The final weekend in January, the museum will have their 1960s and 70s era trains on the layout.

In February, the museum will resume their regular open houses every third Sunday of the month from 2 to 5 p.m.

The museum also offers an operating membership for $50 a year, which is great for people who live further away but still would like to support the club and participate in operating sessions.

Continue below for a gallery of some of the museum’s attractions. 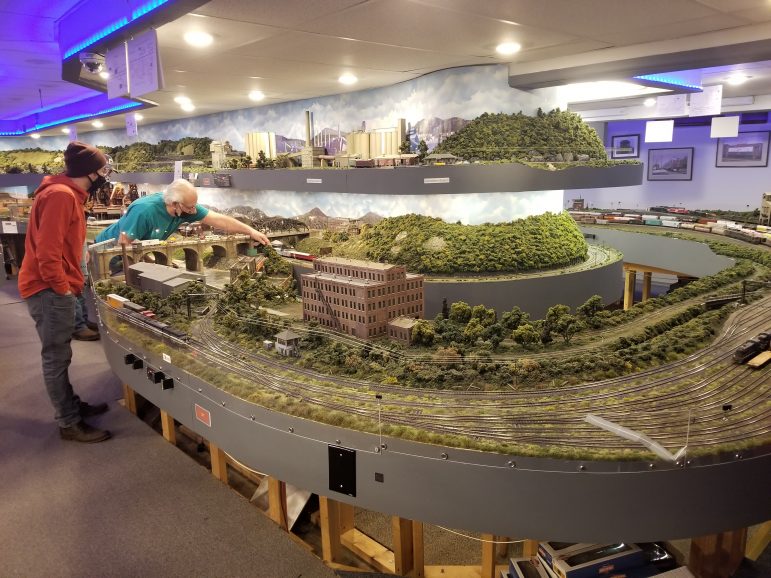 The museum houses more than 7,000 feet of model railroad. Volunteer Marc Samuelson estimates it would take about 15 to 20 minutes for a train to complete a full lap of the track. 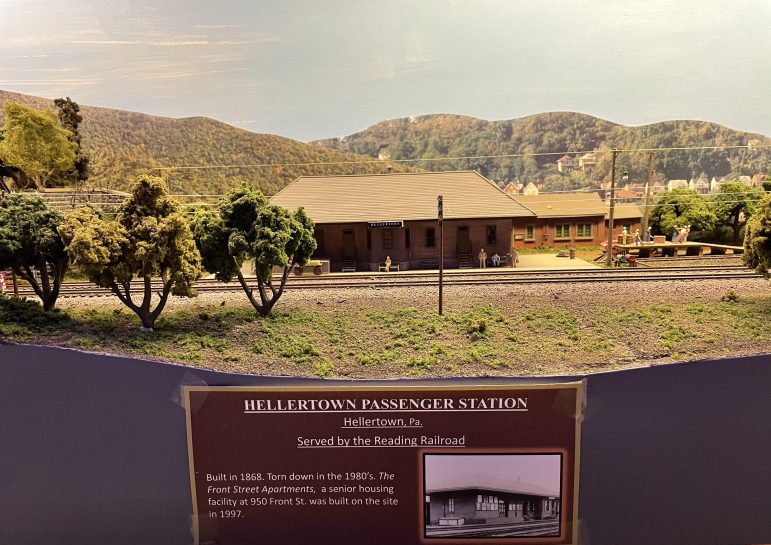 The Hellertown passenger station stood was located along Front Street near Depot Street for more than 100 years before it was torn down in the 1980s. 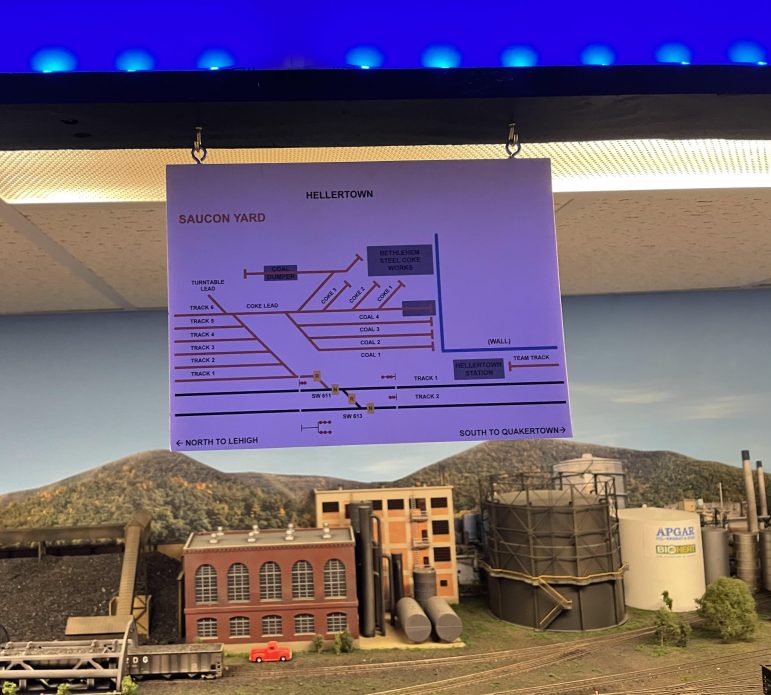 The Saucon Yard is one of nine classification yards that are part of the museum’s display. 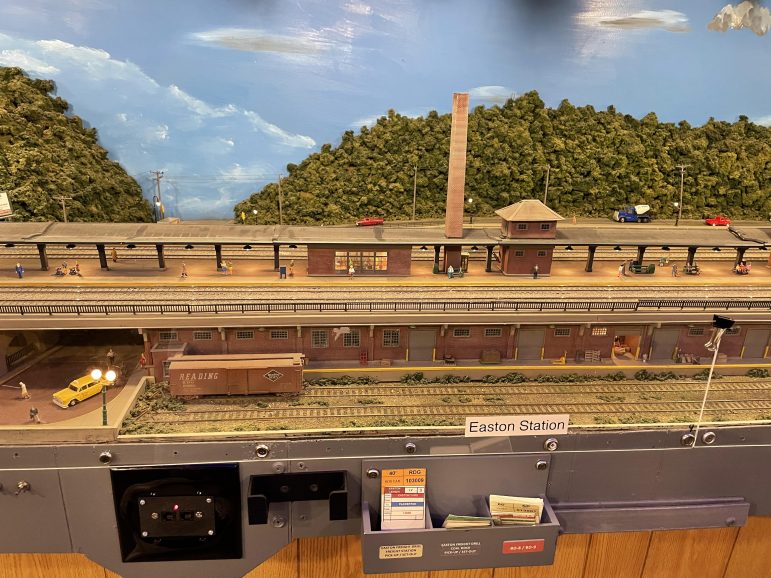 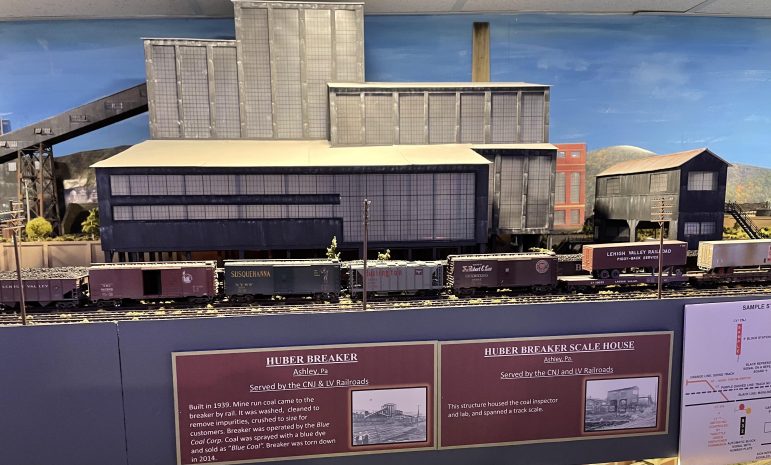 The Huber Breaker building in Ashley in northeastern Pennsylvania was demolished in 2014, nearly 40 years after it ceased to be used as a coal breaker. In its heyday the building was used to sort coal for the Blue Coal Corporation. 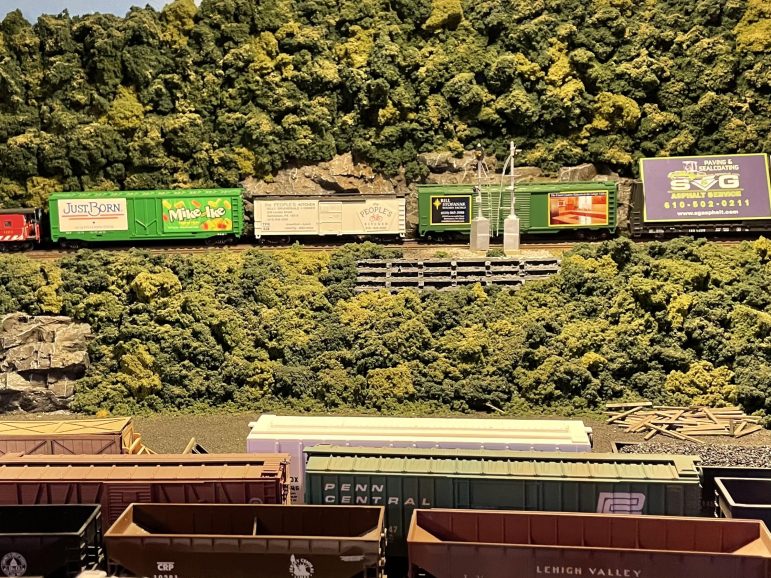 Visitors who pay close attention will notice advertisements for local businesses that sponsor the museum throughout the display. 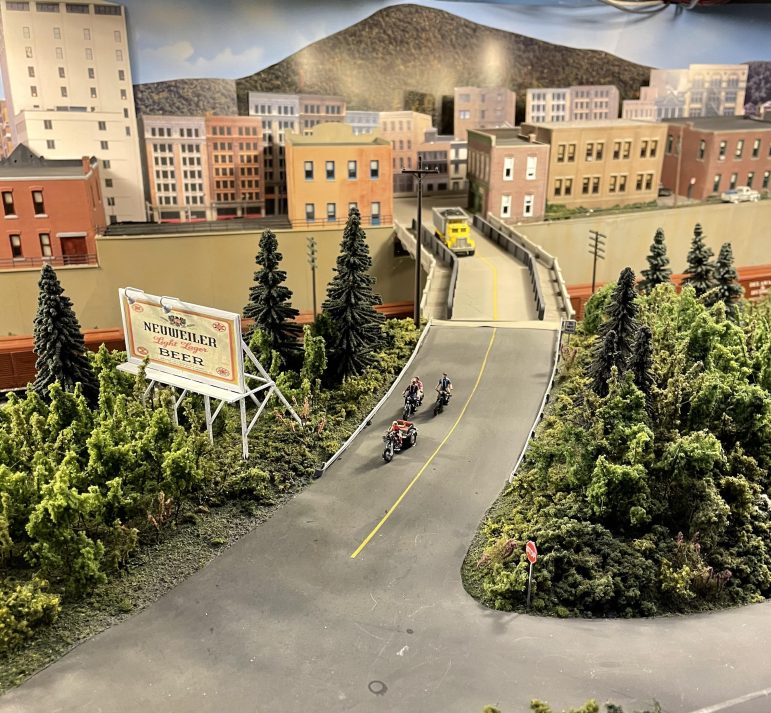 The museum’s display pays homage to many former Pennsylvania businesses, such as Allentown’s Neuweiler Brewery, which permanently shut its doors in 1968. 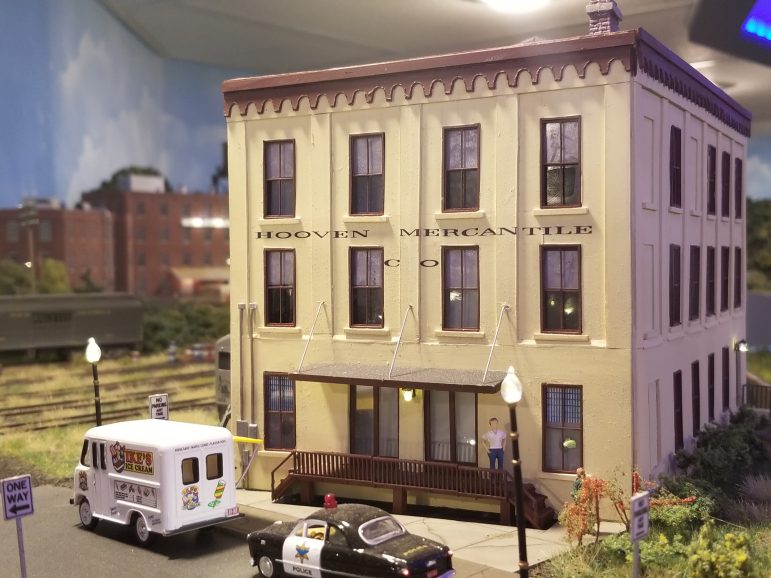 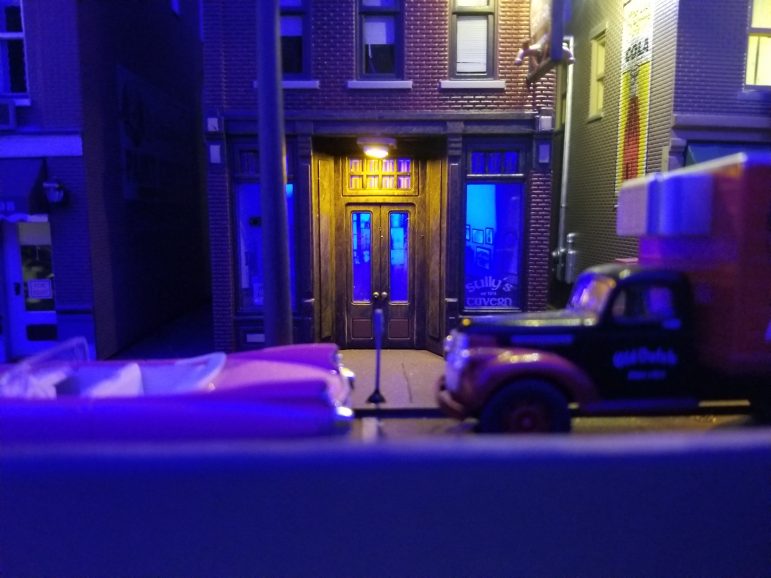 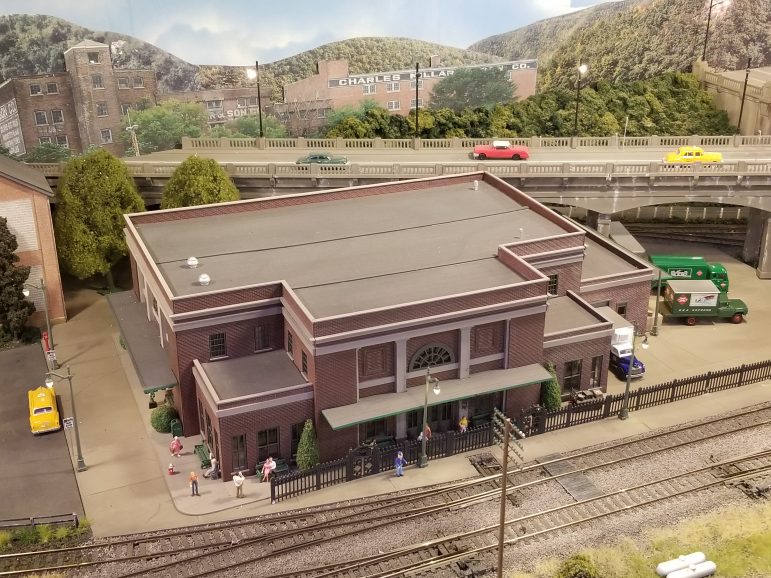 The former Union Station in South Bethlehem is one of numerous historic passenger stations depicted in the museum’s displays. The actual building was purchased and restored by St. Luke’s University Health Network, which now occupies it. 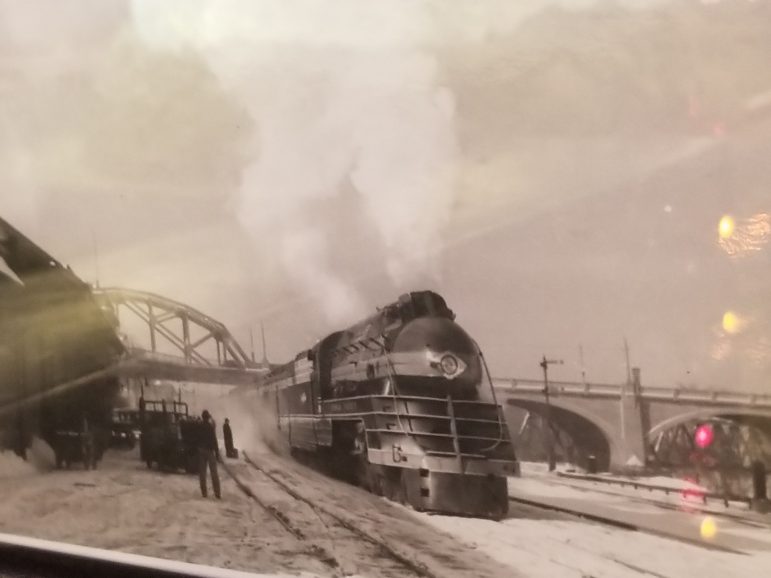 Vintage photographs of some of the railways that helped transform the Lehigh Valley hang on the museum’s walls. 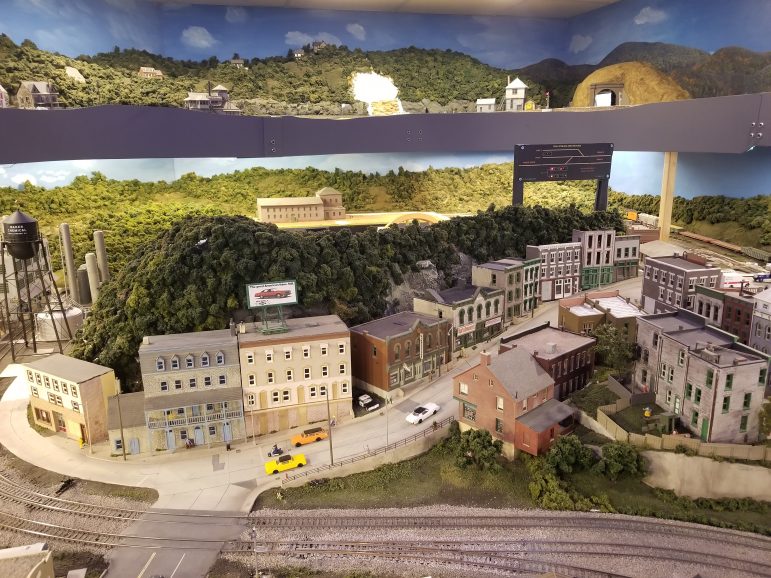 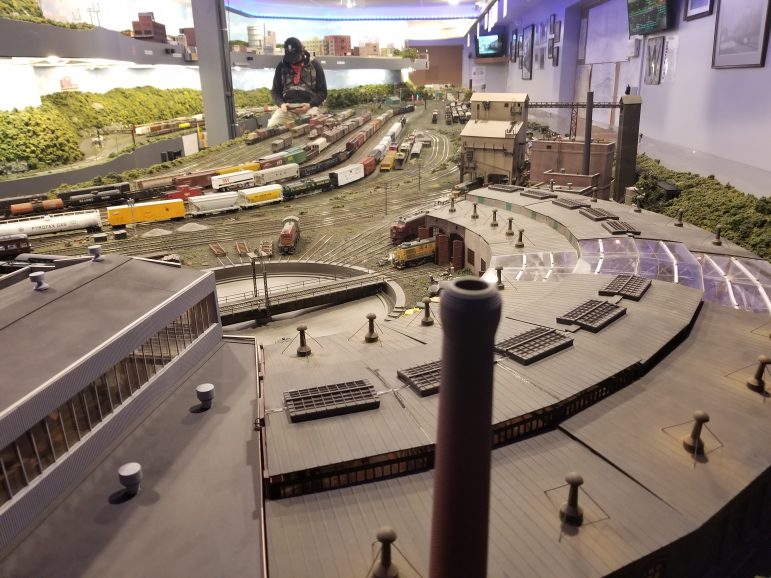