Lehigh County Commissioner Amy Zanelli announced earlier this month that she will run for District 31-1-06 Magistrate in the Pennsylvania Primary Election on May 18. 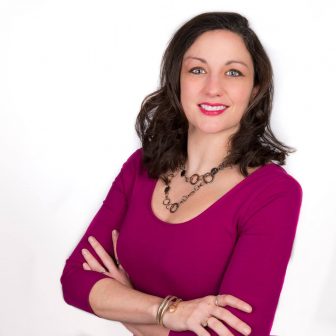 A Fountain Hill resident, she is the first openly gay person to serve on the Lehigh County Board of Commissioners.

Zanelli said she believes that running for magistrate is the next step in the evolution of her public service, and that her commitment to a fair and just judicial system will make her successful in the role.

“The frontline for the judicial system, and very often the only part most people ever encounter, is their local magistrate,” Zanelli said. “There’s a lot of discretion that’s involved, because magistrates deal with bail arrangements, they deal with civil suits under $12,000, they deal with misdemeanors.”

Zanelli’s commitment to fairness and equality was evident through her focus on the passage of pay equity and non-discriminatory policies as county commissioner, she said.

“Whether it’s recognizing the plights of vulnerable children or seniors, understanding the often complex rules, regulations and procedures of governments and organizations, or making transparent the available options to solve a problem, Amy Zanelli is fair and just in both her actions and decision making,” her campaign said in a press release.

In continuing her focus on the needs of the community, Zanelli announced that she will work with a bilingual staff to ensure that language does not serve as a barrier to a fair trial. She added that a full-time court will be available for people of all working schedules, and that case backlogs will be addressed and resolved if she becomes elected.

Zanelli also believes she is equipped to handle the role of magistrate after all she accomplished in 2020, even with countless challenges presenting themselves.

“Of all counties in Pennsylvania, we (Lehigh) were only one of four that was able to weather the storm without raising taxes or laying anyone off,” she said.

In fact, Zanelli said Lehigh County made great strides towards increasing funding for sustainability efforts in 2020.

Her work expanding social programs for repeat offenders, recovering addicts and the homeless are among her proudest accomplishments as a county commissioner, she said.

“We were able to gavel down 2020 with having funded three recovery centers,” Zanelli noted.

She promised to deliver the centers while campaigning in 2017, however her predecessor as Lehigh County Commissioner, David Jones, said she would be lucky to even have a real conversation about the centers as a budget line item during her first term.

“So to gavel down the end of my third year with them funded makes me really proud, because it was the hardest, I think, of all the promises I made on the campaign trail in 2017,” Zanelli said.

She has been endorsed by Bethlehem Mayor Robert Donchez; Pennsylvania State representatives Michael Schlossberg, Peter Schweyer and Jeanne McNeill; Lehigh County Executive Phillips Armstrong; and other members of the Lehigh County Board of Commissioner, members of Bethlehem City Council and members of Fountain Hill Borough Council.

Visit Zanelli’s website for more information about her campaign.