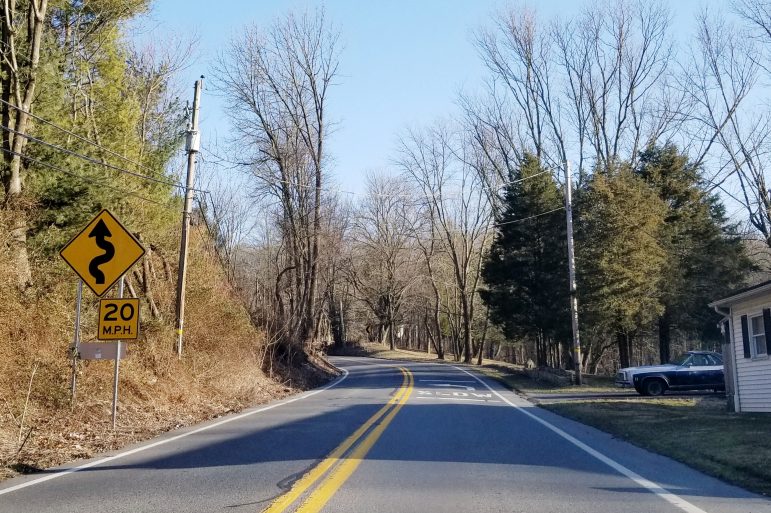 As part of an update about the township she shared, Wright called Kings Highway one of the 10 most dangerous roads in Lehigh County.

Where the data to support that distinction comes from is unclear, however in November the Morning Call’s Road Warrior columnist used PennDOT crash statistics to verify information related to Kings Highway contained in a letter from a township resident.

Pamela Roeder said there were a dozen crashes–some involving overturned vehicles–in the area of Milky Way and Kings Highway in 2018, and columnist Tom Shortell said he used PennDOT’s Crash Information Tool to verify 11 crashes in the area of that intersection in 2018.

Wright told the Southern Lehigh Chamber that there are approximately two crashes a week on the hilly, curvy Kings Highway, which winds its way south from Vera Cruz Road in the north to the township’s border with Milford Township, Bucks County in the south.

Wright suggested that part of the issue with safety on Kings Highway may relate to the fact that many motorists are using it as a shortcut to Rt. 663 (John Fries Highway) and the Quakertown interchange on the Pennsylvania Turnpike’s Northeast Extension.

In spite of the fact that “PennDOT has done extensive work on labeling it,” Wright said on average there are two crashes a week on Kings Highway, which are keeping the township’s emergency responders “very busy.”

“If anybody’s coming through Lower Milford, please slow down,” she said.

To date, more than 3,600 acres of land have been preserved in the township, which ranks it fourth for preserved farmland among municipalities in Lehigh County.

“We’re really proud of that fact,” she said.

Wright estimated that the preservation of open space saves taxpayers tens of millions of dollars a year, because, she joked, “cows don’t go to school.”

The township with the most preserved farmland is Lynn, with more than 8,000 acres set aside.

Countywide, Armstrong said nearly 25,000 acres of farmland has been preserved, which ranks Lehigh County among the top five counties in Pennsylvania for open space preservation.