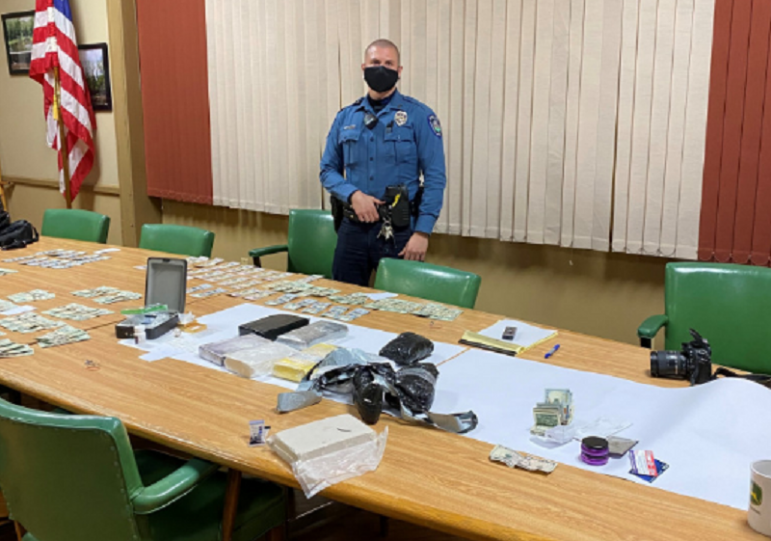 According to a news release by Weintraub’s office, Ofc. James Zukow was on patrol when he observed a Jeep swerve over a fog line four times, stopped its driver and asked for the man’s consent to search the vehicle.

After Christian Ochoa, 28, of Laredo, Texas, consented to the search, police say they discovered a kilogram of heroin-fentanyl and nine kilograms of cocaine. 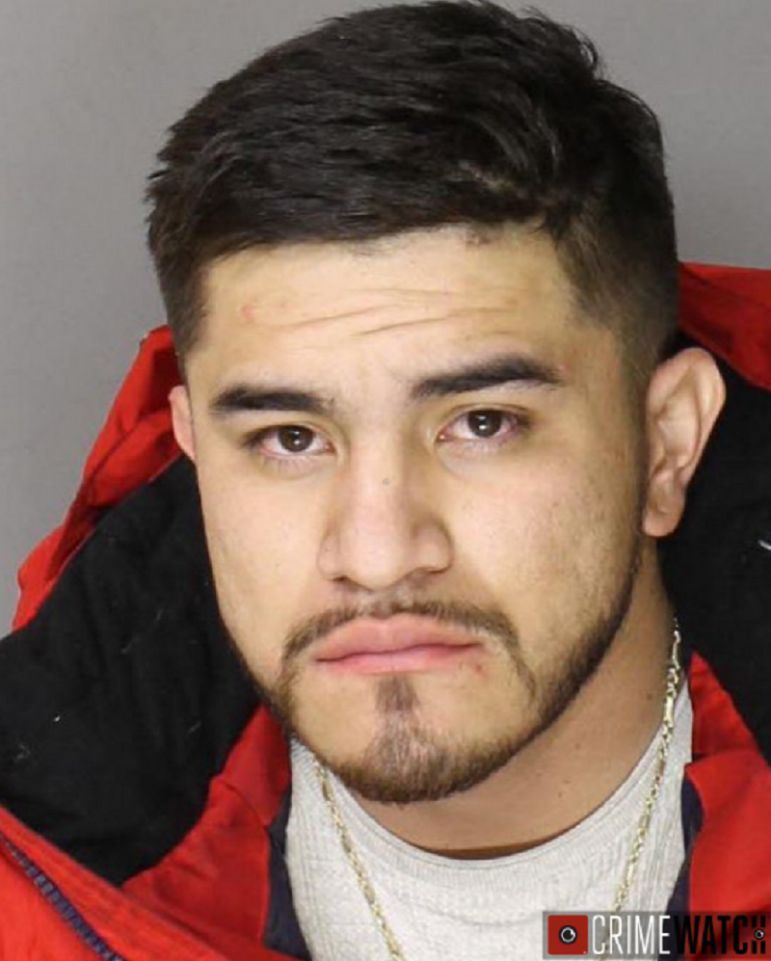 Police have put the estimated street value of those drugs at $1.2 million, and said their discovery led to still more narcotics stashed inside the cab of a tractor-trailer owned by Ochoa that was parked at a truck stop in Upper Macungie Township, Lehigh County.

According to Weintraub, K-9 Baron of the Central Bucks Regional Police Department alerted to the presence of narcotics in the cab of the “Ochoa Transport Services” truck “where detectives found nine more kilograms of heroin/fentanyl valued at $2.7 million.”

In addition to the heroin, fentanyl and cocaine, the two searches allegedly turned up more than $43,000 in cash, a handgun, six cell phones, approximately $29,000 in Percocet pills and other drugs.

Malverde, a Robin Hood-type figure in Mexico who was born in 1870 and died in 1909, has come to be “known as the patron saint of narco-traffickers,” the district attorney said. 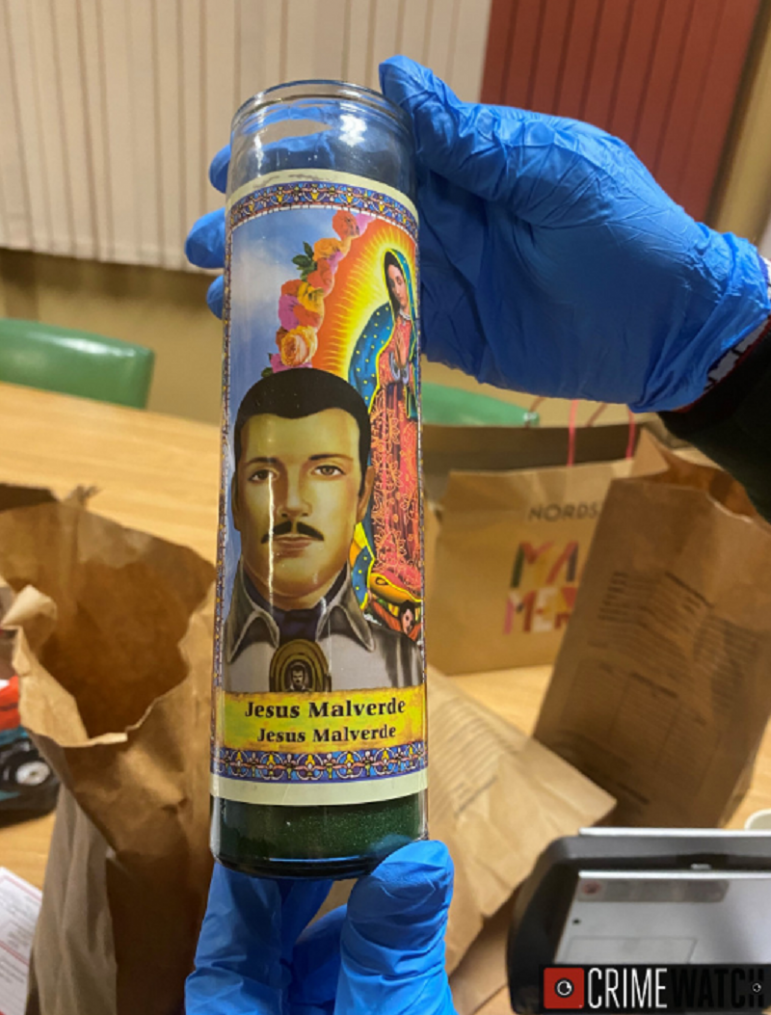 A candle that honors the purported “patron saint of narco-traffickers” was among a number of items seized by authorities in Bucks County as part of a multi-million dollar drug bust last week. Also seized were cash, pills and a handgun, police said.

In addition to Ochoa, a passenger in the Jeep who was identified as Edith Tomasa Rodriguez Cardenas, 27, of Huntington Park, Calif., is also facing charges related to the seizure, which authorities said could result in additional arrests. 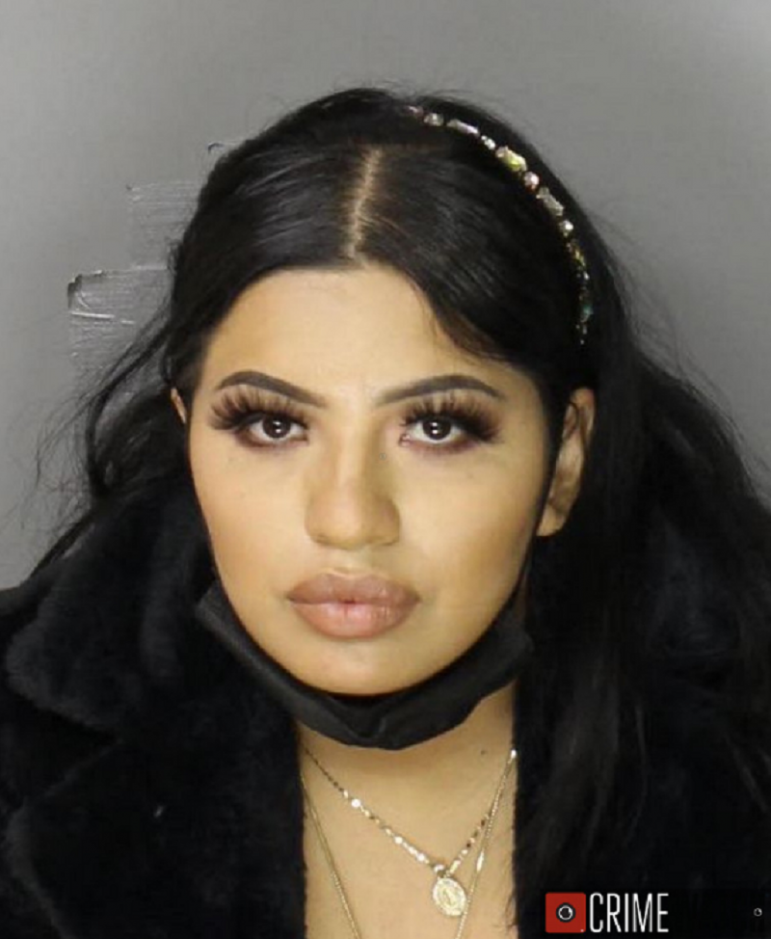 Edith Tomasa Rodriguez Cardenas, 27, of Huntington Park, Calif., is charged in the drug trafficking case. Authorities say she was a passenger in a vehicle in which more than a million dollars worth of cocaine and heroin-fentanyl were discovered.

Weintraub said his office’s investigation revealed that Ochoa allegedly drove the drugs across the country and was likely just “passing through” Bucks County–possibly on his way to New York–when he was stopped by Zukow Jan. 29.

Authorities said they believe the pair may be part of a larger drug trafficking ring. 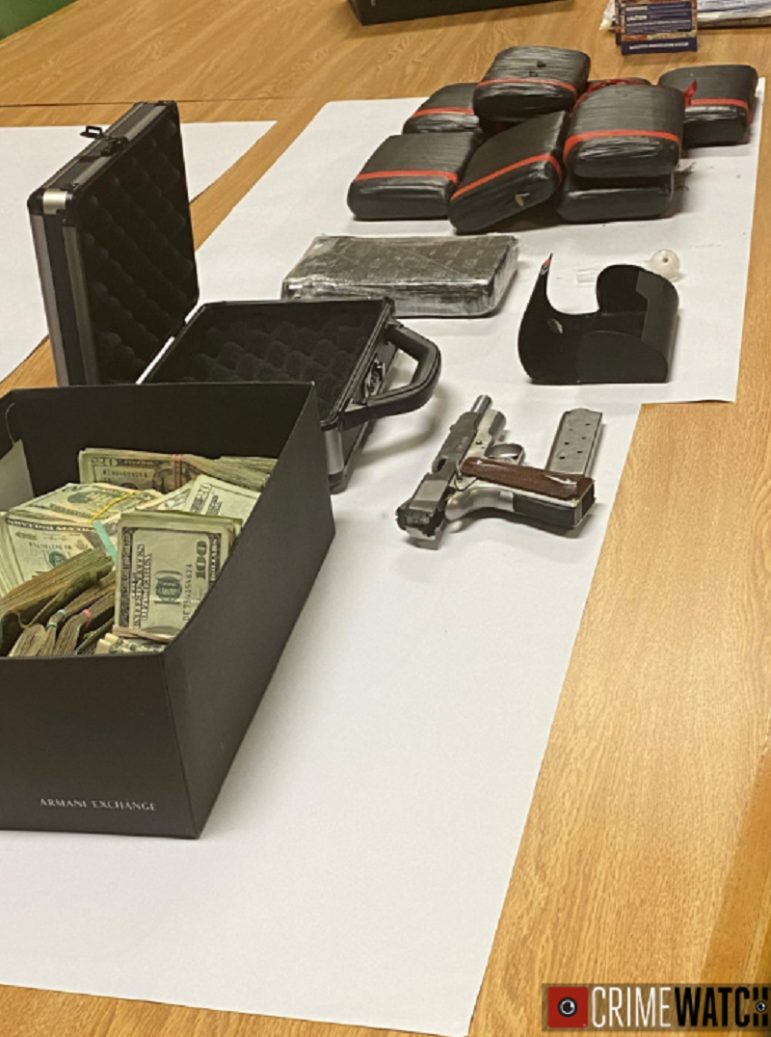 Police in Bucks County Thursday displayed drugs, money and other contraband seized during a drug bust they say spanned two counties and took nearly $4 million in narcotics off the streets.

It is assigned for prosecution to Bucks County Assistant District Attorney Megan Stricker.

Charges in Lehigh County against Ochoa and Rodriguez Cardenas are pending.

“As you all know, we are in the midst of a twin pandemic,” Weintraub said during a news conference about the arrests. “We were already in a pandemic before we heard the word COVID-19 and that is the drug scourge that we’ve been battling for years, and as a result of the COVID pandemic, drug overdoses are up.”

The bust that began with an observant patrol officer’s actions may have “saved somebody else a lot of heartache and pain,” he noted. 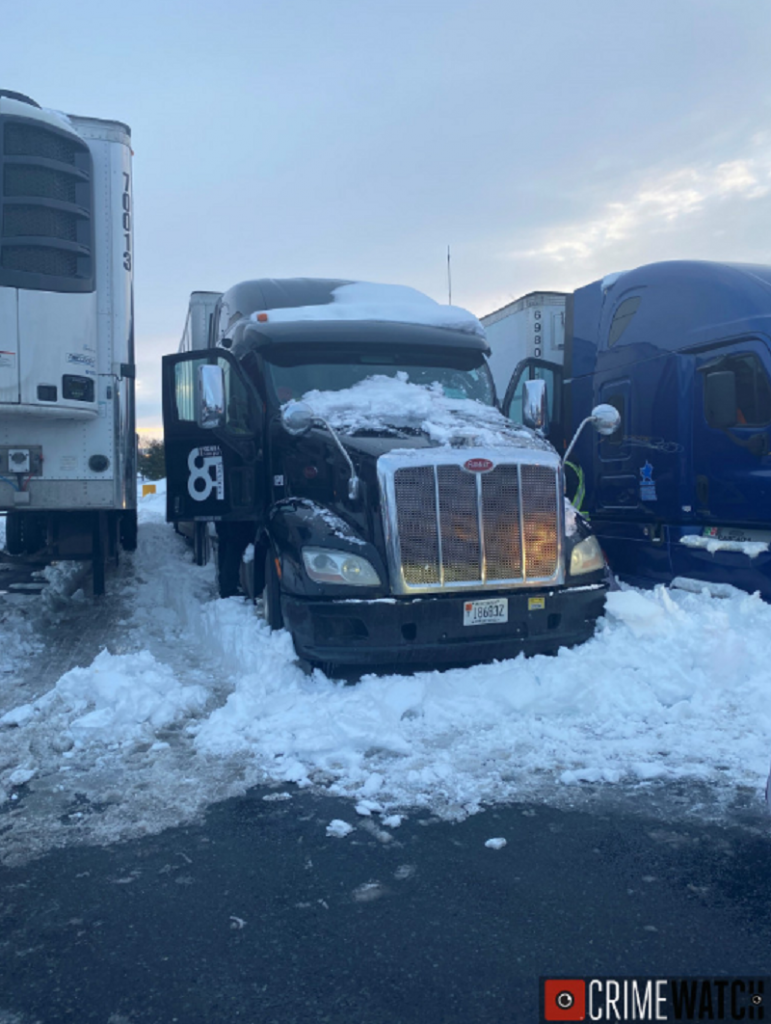 In addition to the drugs allegedly found in Christian Ochoa’s Jeep during a Bucks County traffic stop, authorities say more were found in a tractor-trailer he owns, which was parked at a truck stop in Upper Macungie Township, Lehigh County.