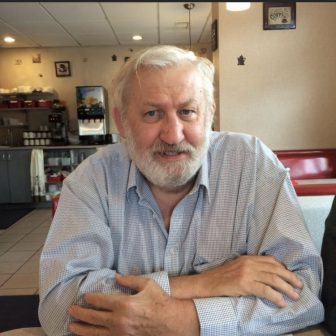 He was born on Dec. 5, 1945, son of the late George and Mary A. (Yurish) Kulanko. George was a very talented athlete, especially when playing baseball and basketball. He was a standout athlete at the former Fountain Hill High School. He later attended Fork Union Military Academy in Virginia and played early in his college career at Eastern Kentucky University, where he earned a Bachelor’s degree. George was recognized for his athletic achievements and championships earned. He volunteered his time and knowledge of the game as a coach for his daughters’ little league teams and as an umpire. He was an avid Eagles fan. In his free time, George enjoyed fishing and spending time with his family. In keeping with his philosophy of always helping others, George worked as a social worker in child protective services in Lehigh County and then in Warren County, N.J. He finished his career working for the Superior Court of New Jersey as a court mediator in Warren, Hunterdon and Somerset counties. He took pride in his work and helped so many.

He will be dearly missed by his daughters, Samantha and Alix; and their mother and George’s former spouse, Joan Lorah; sister, Gloria Christman and her husband, Earl; first wife, Bonnie (McCrossan) Kulanko; as well as a longtime friend who George regarded as a son, Tony Phillips.

A visitation will be held on Saturday, Feb. 20, 2021 from 12:30 to 2 p.m. at Connell Funeral Home, 245 E. Broad St., Bethlehem, with a service to celebrate George’s life to immediately follow. Online condolences may be offered at ConnellFuneral.com.

Memorial contributions may be made to Good Sports and The Center for Animal Health and Welfare in Easton, Pa.