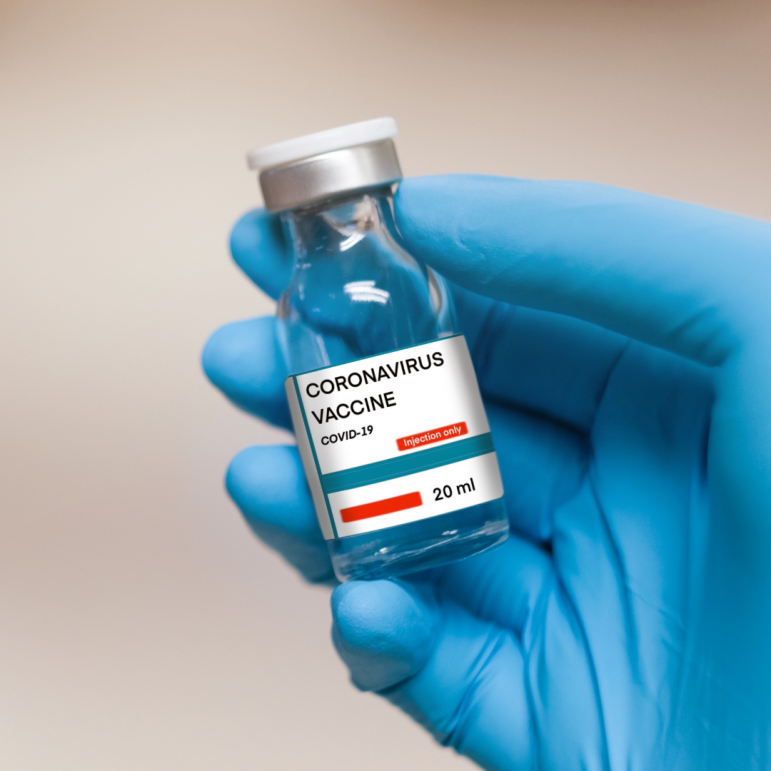 The COVID-19 vaccine distribution in Pennsylvania hit a snag Wednesday, when state health officials announced a Moderna shortage due to errors in managing inventory of second-dose shots of the vaccine. (FILE PHOTO)

As many as 100,000 Pennsylvanians receiving the Moderna COVID-19 vaccine could have their injections pushed back over the next three weeks, the Department of Health announced Wednesday, as the agency revealed that errors in managing Moderna inventory have led to a shortage of second-dose shots.

Acting Health Secretary Alison Beam revealed in a Wednesday morning press conference that vaccine providers have been “inadvertently” administering first-dose Moderna injections that were supposed to be set aside as second doses.

As a result, the agency has seen demand for Moderna vaccines outstrip supply: people trying to complete their vaccine sequence have claimed nearly all the 200,000 Moderna vaccines the state was allocated this week.

Patients who have received the Pfizer injection won’t be affected by the shortage. But state officials said Wednesday that anywhere from 60,000 to 110,000 Pennsylvanians on the Moderna vaccine course could have their appointments delayed as providers try to calibrate supply and demand.

Here’s what you need to know.

Patients who have appointments to get the Moderna vaccine will be contacted by the pharmacy or medical practice providing their shot if they need to be rescheduled, Department of Health spokesman Barry Ciccocioppo said Wednesday.

Patients who don’t hear from their providers “should go in for their second dose as scheduled,” he said.

The issue has not affected the state’s supply of Pfizer doses, so patients who are receiving that vaccine will not need to be rebooked.

Health officials emphasized Wednesday that a one- to two-week delay in getting a second shot would not make the Moderna vaccine any less effective. Federal guidelines call for Moderna doses to be administered 28 to 42 days apart.

Beam and Ciccocioppo also said they would work with vaccine providers to make sure patients can get their second dose at the same location where they got their first.

Beam said it may take up to three weeks to sort out the scheduling backlog.

Beam declined to offer many specifics Wednesday about the failures that led to the shortage. She said the “structural problem” in the way the state was managing its supply started to develop in January and came to light over the weekend.

She and Ciccocioppo both said they were not eager to assign blame for the mismanagement. They declined repeated requests from reporters to identify the vaccine providers that mishandled their supply.

In press conferences spaced hours apart Wednesday, they both conceded that the Department of Health may have contributed to the problem with instructions it gave to vaccine providers.

Pennsylvania has enlisted more than 1,700 pharmacies and medical practices to administer COVID-19 vaccines. In Bethlehem, the Hispanic Center of the Lehigh Valley and St. Luke’s University Health Network are partnering to offer a free vaccine clinic this Friday, Feb. 19 from 11 a.m. to 4 p.m. to residents 65 and older and augment a nationwide objective to vaccinate more persons of color. Appointments are required. Click here for more information.

The agency has been telling those providers for weeks that they should not reserve doses to serve as second shots, since the Department of Health would work with them to account for their second dose demands in future allocations.

On Wednesday, Ciccocioppo said that message may have been unclear.

What the agency should have told providers, Ciccocioppo said, was that they should not withhold vaccines that had already been designated as first dose injections.

He said federal vaccine distributors already distinguish the supply of first-dose shots from the second-doses, and that providers receive each allocation in shipments that arrive days apart.

But Ciccocioppo said that providers may have used those shipments interchangeably.

The Department of Health’s announcement drew swift criticism from lawmakers, who were left to wonder how the state could have permitted a wide-reaching error in the midst of an already sluggish vaccine rollout.

Pennsylvania health officials have repeatedly said the state’s rollout has been hampered by a limited supply of doses.

But state Sen. Maria Collett, D-Montgomery, a former nurse who has been measuredly critical of the Department of Health during the vaccine rollout, argued that all states in the nation are contending with the same problem–and many have distributed doses more quickly than Pennsylvania.

Collet said the public deserved more transparency and accountability from its health officials in light of Wednesday’s announcement.

“The department has not implemented even the most basic strategies that other states have used successfully to manage their rollout,” Collett told the Capital-Star in a written statement. “The delays, the confusion, the cumbersomeness, the appearance to the general public that things haven’t been fair, and now the discovery of major mistakes like this one, have eroded Pennsylvanians’ trust in the Department’s ability to shepherd us through to the other side of the COVID crisis.”

Elizabeth Hardison covers the state Senate, as well as education and criminal justice issues, for the Pennsylvania Capital-Star. You can reach her at ehardison@penncapital-star.com, on Twitter @ElizHardison, or by phone at 607-437-3548.