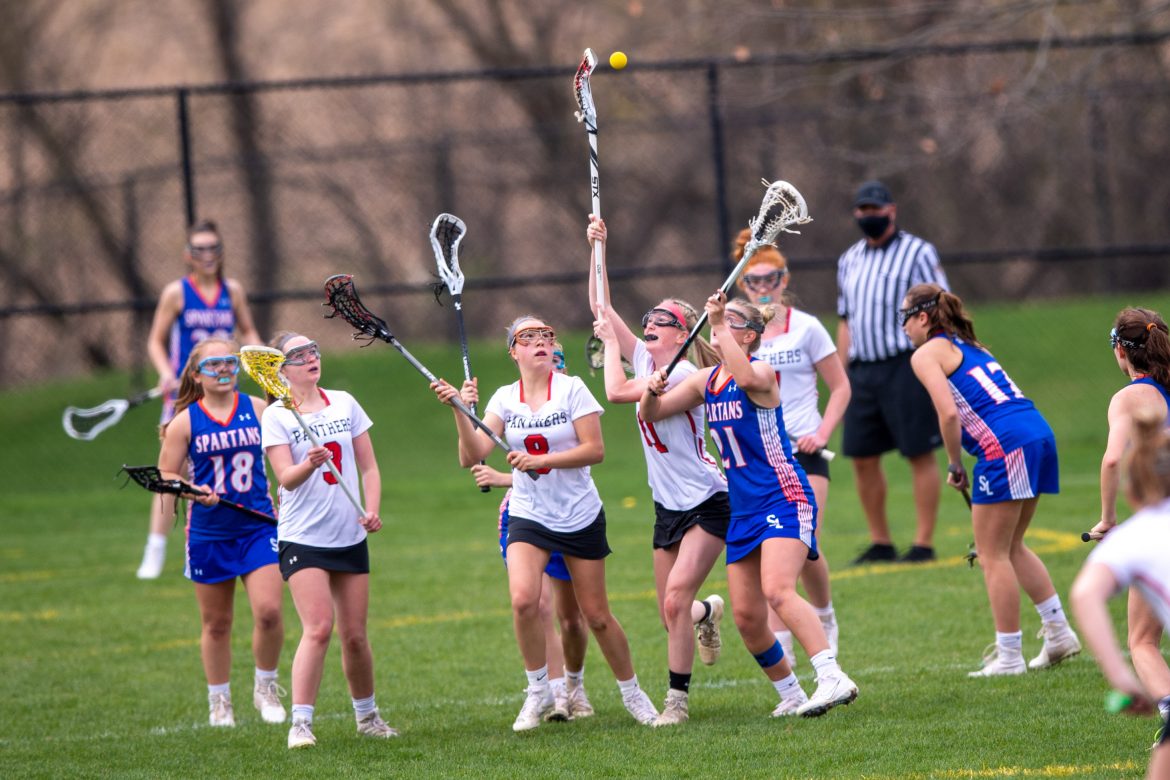 The Saucon Valley Panthers and Southern Lehigh Spartans faced-off in another fierce battle on the lacrosse field.

The Saucon Valley high school girls lacrosse team started red-hot on Saturday morning jumping out to a 3-0 lead over the Southern Lehigh Spartans.  Sophomore Sophie Engelhardt got the Panthers on the scoreboard first with an unassisted goal only a minute into the contest.  Senior Megan Kane followed with another score about two minutes later after collecting a sweet pass from classmate Maria Donahue.  Kane shook free from the Spartan defense, cut through the middle of the crease, took Donahue’s pass and buried a bouncer into the back of the net. Engelhardt struck again with a little scoop and score at 18:28 taking advantage of a Spartan turnover. 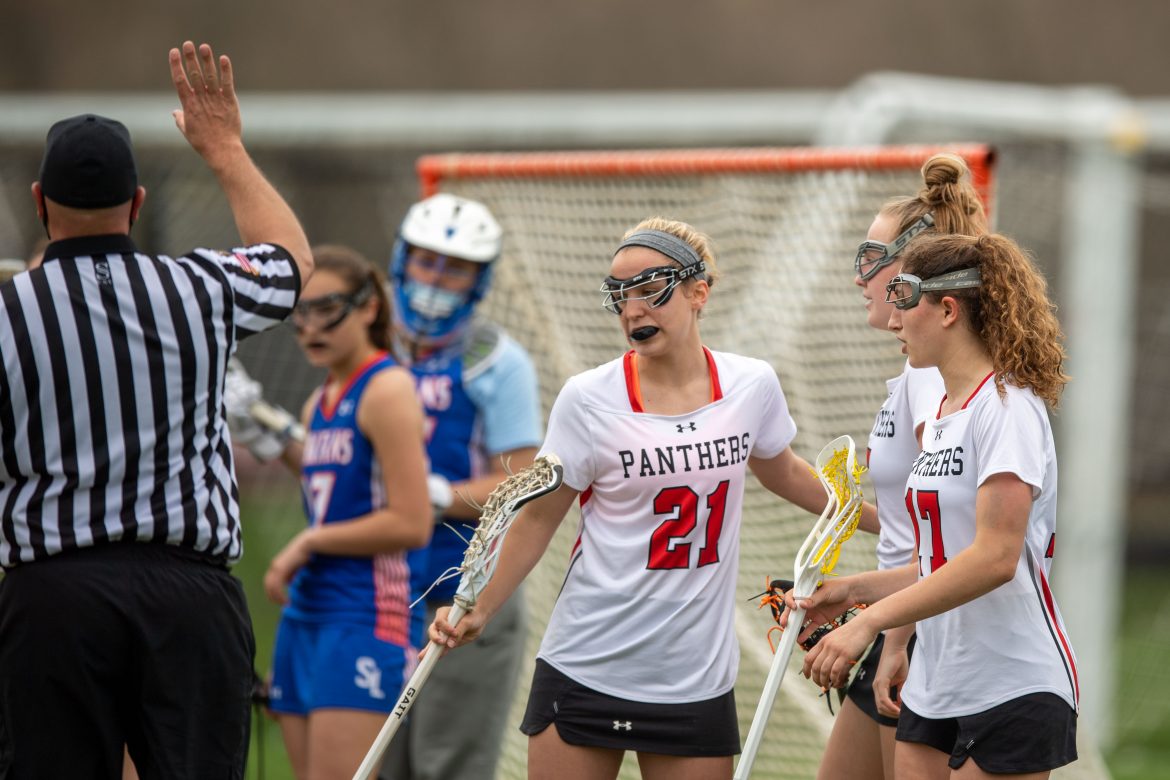 Southern Lehigh battled back to score the next three goals.  The Spartans were able to capitalize on a couple of Panther penalties and converted their free-shots to courageously claw back to a 3-2 deficit.  Then, with about ten minutes left to play in the first half, Southern Lehigh tied it up at 3-3. 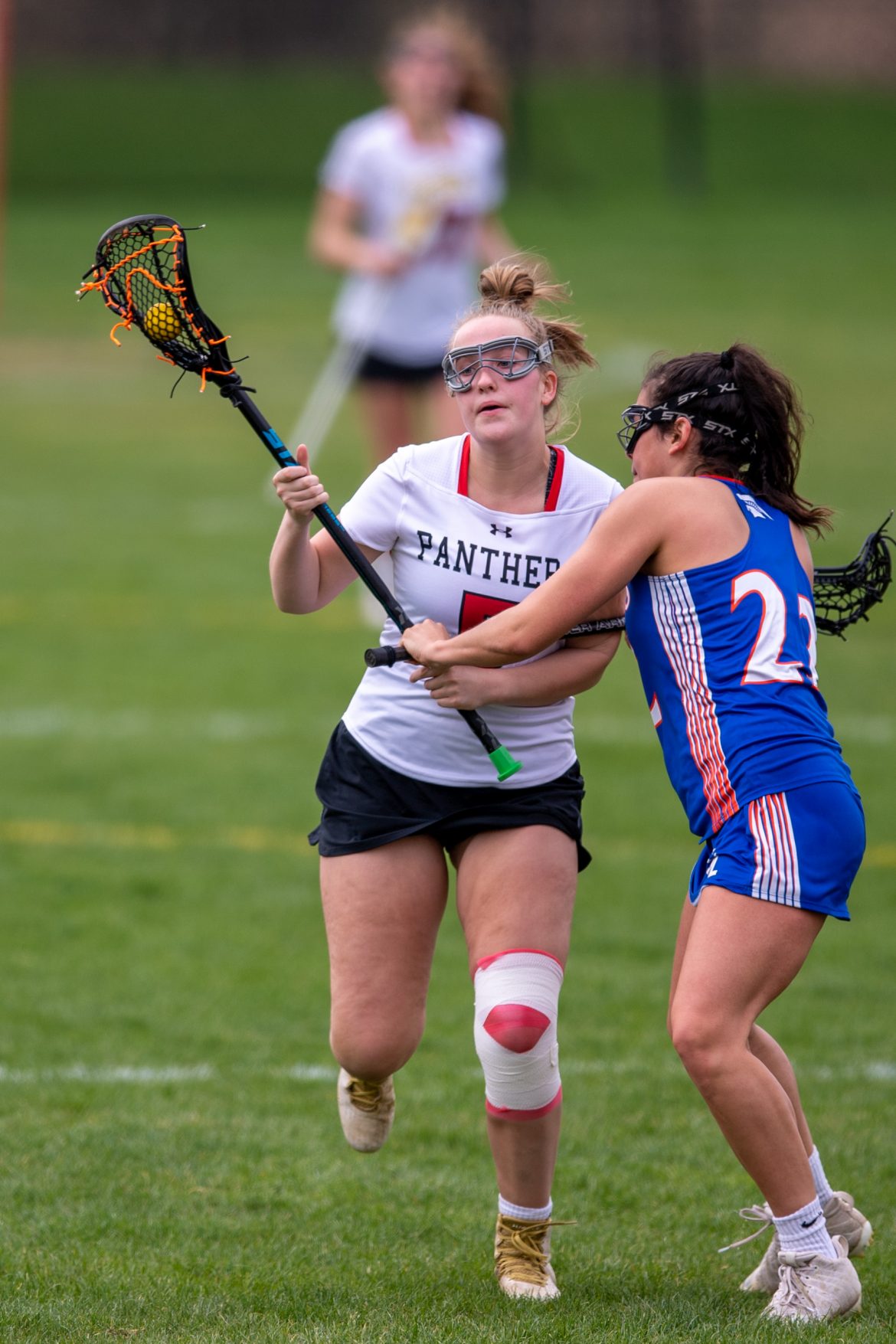 Senior Makenzie Shimko quickly put the Panthers back on top with a free-shot less than a minute later.  Southern Lehigh leveled the score again when the Spartans were credited a goal with a little over seven minutes left in the first half.  Saucon Valley, however, would tally the final two goals of the first half. Maria Donahue flashed a little shake-and-bake in the center of the Spartan crease.  Donahue faked outside and quickly wheeled inside and let loose a sidearm laser for the score.  It was Engelhardt, however, who closed out the first half scoring with a free-shot.  At the intermission Saucon Valley led Southern Lehigh 6-4. 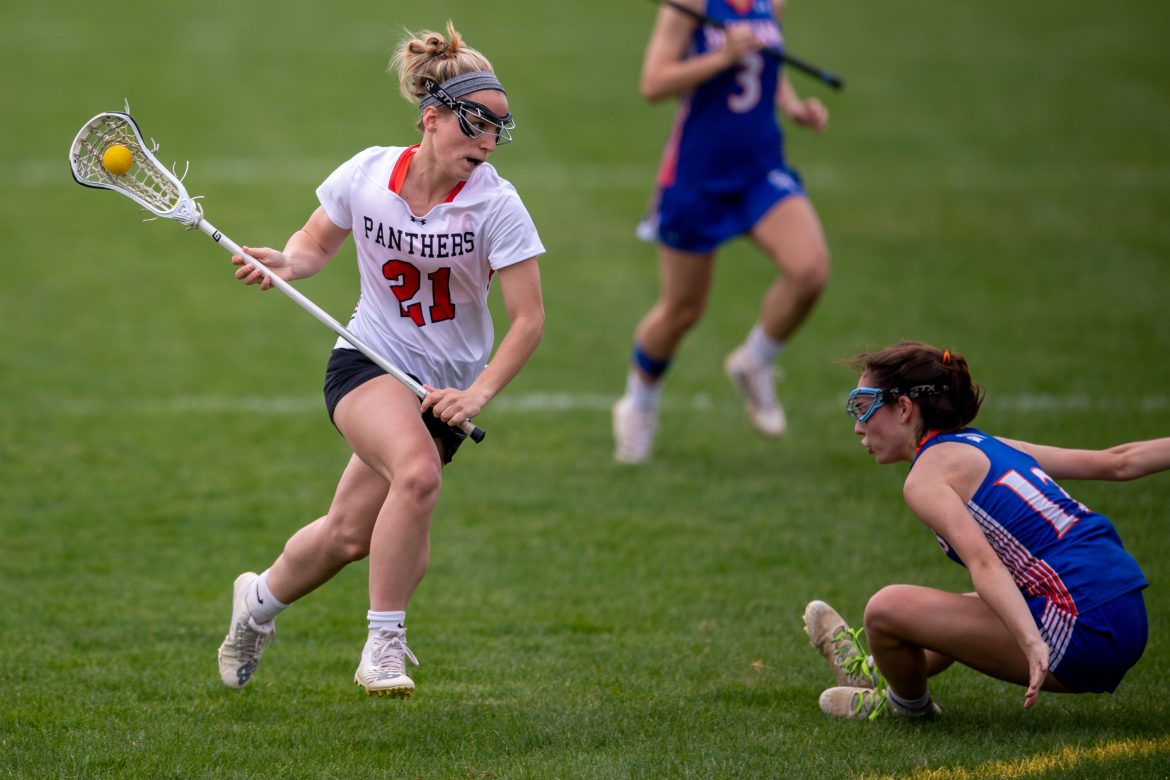 Engelhardt hit a hat-trick in the first half of play against the Southern Lehigh Spartans.

For as hot as Saucon Valley started the first-half, the second half was a different story.  The Panthers did score first to take a 7-4 lead with a Donahue goal at the 21:30 mark.  The Spartans, however, unleashed four straight goals to take an 8-7 lead.  The Panthers battled back when Makenzie Shimko answered for Saucon Valley with nine minutes left in the game.  But, Southern Lehigh’s Riley McIntosh closed out all scoring with a pair of goals.  McIntosh and the Spartan defense finished strong to seal the 10-8 victory. 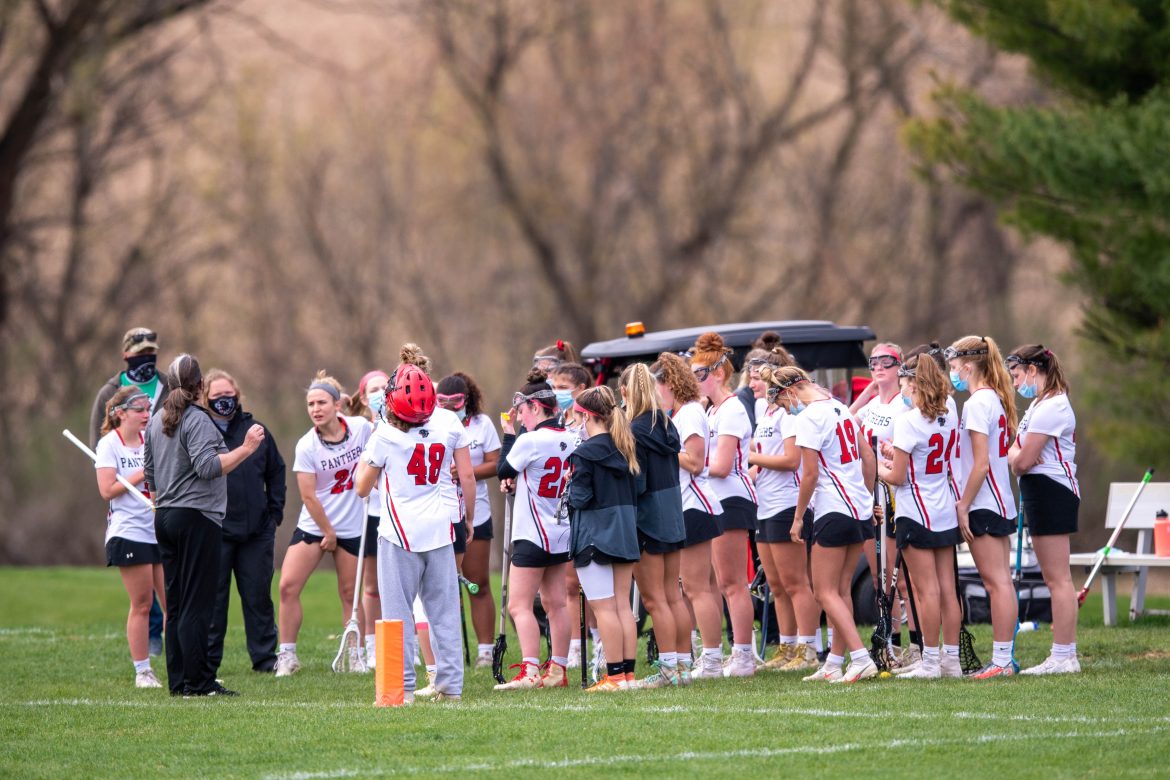 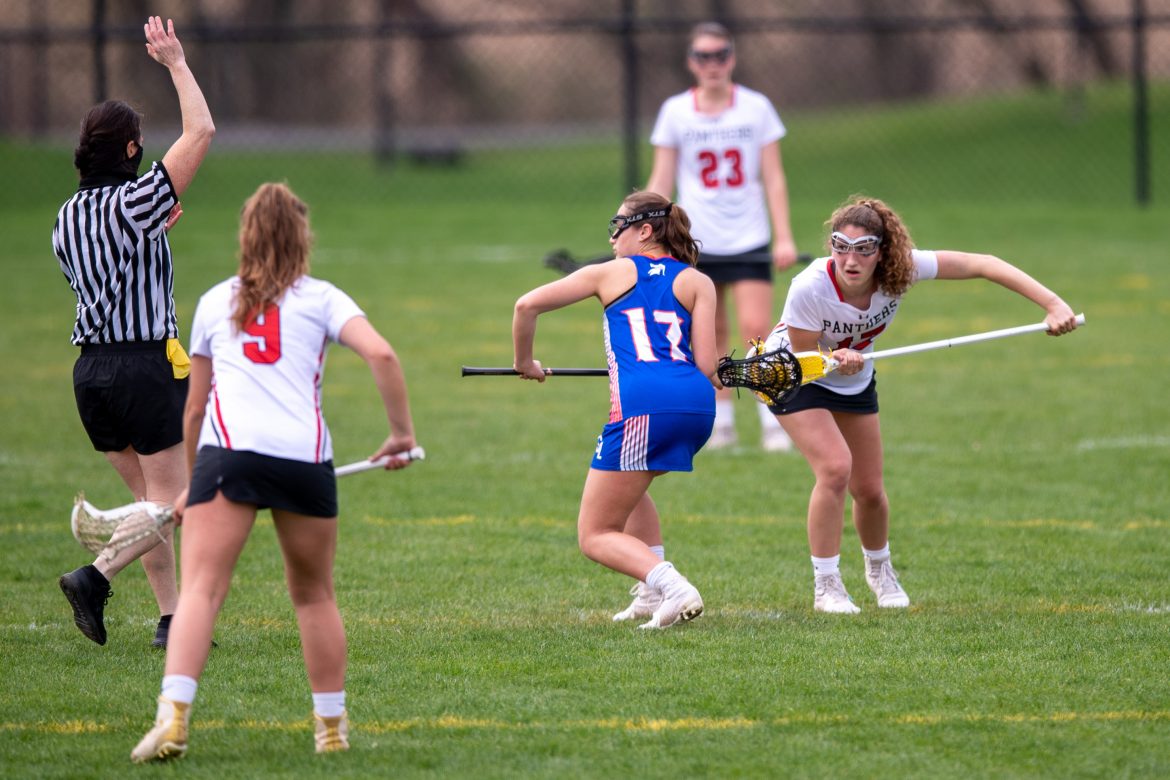 Maria Donahue and the Panthers will again face-off with the Southern Lehigh Spartans in a Cinco-de Mayo special!

Good luck Panthers.  The Source is with you! 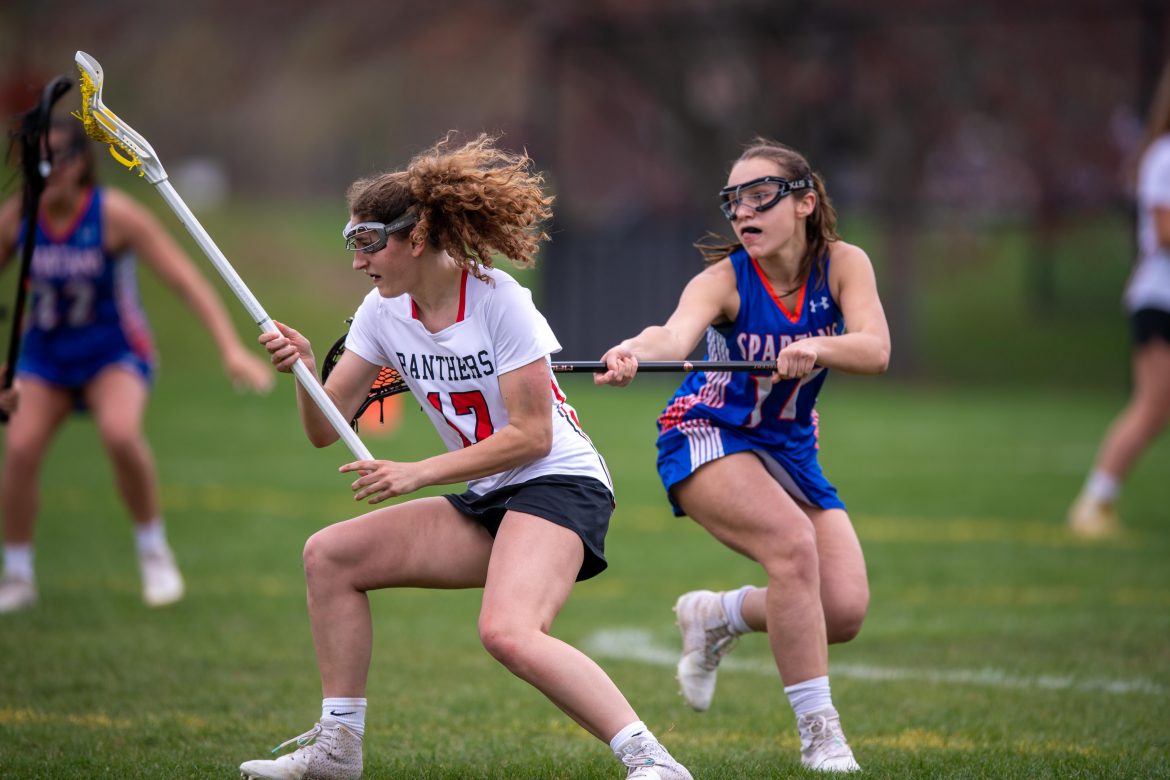 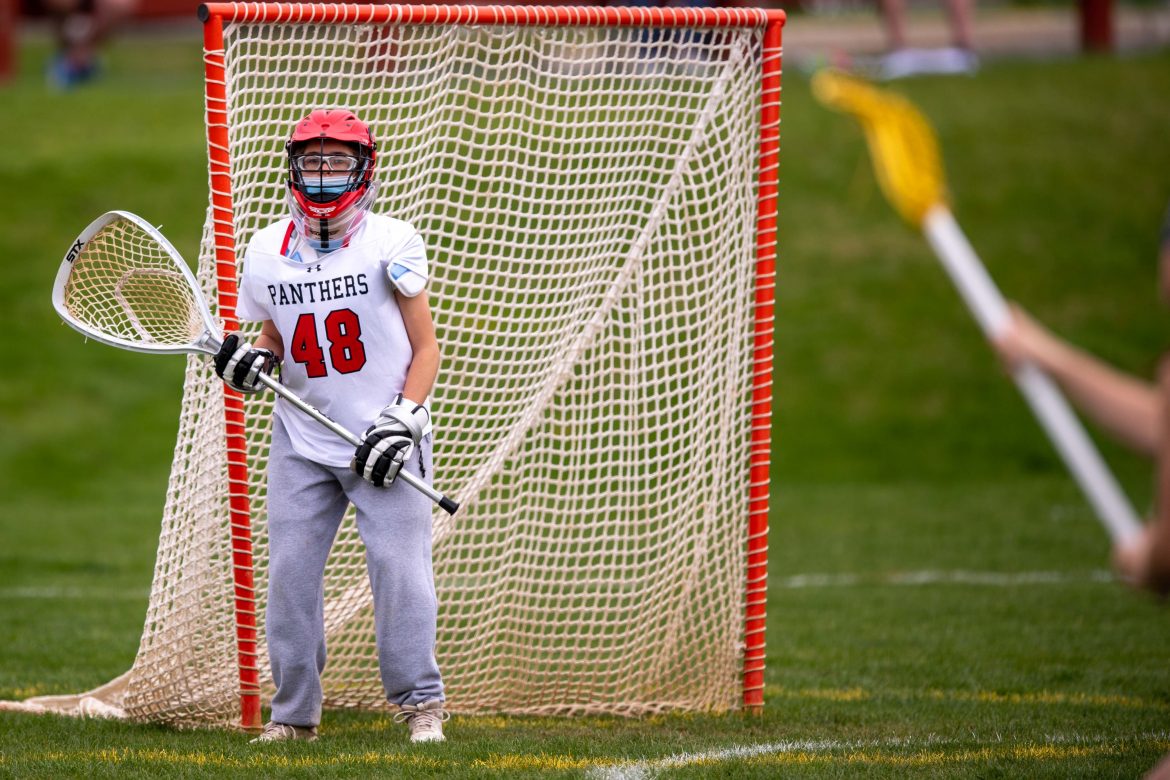 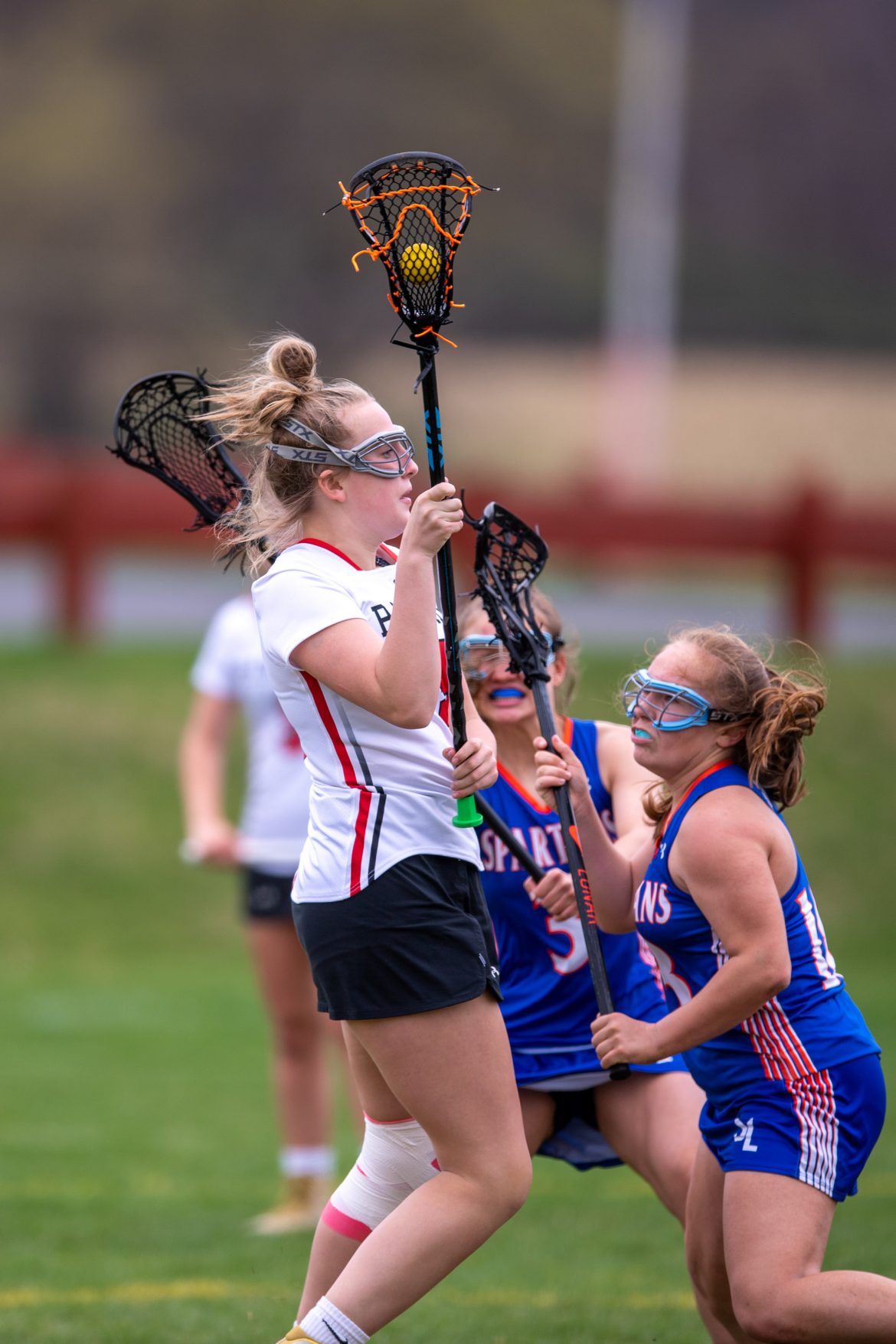 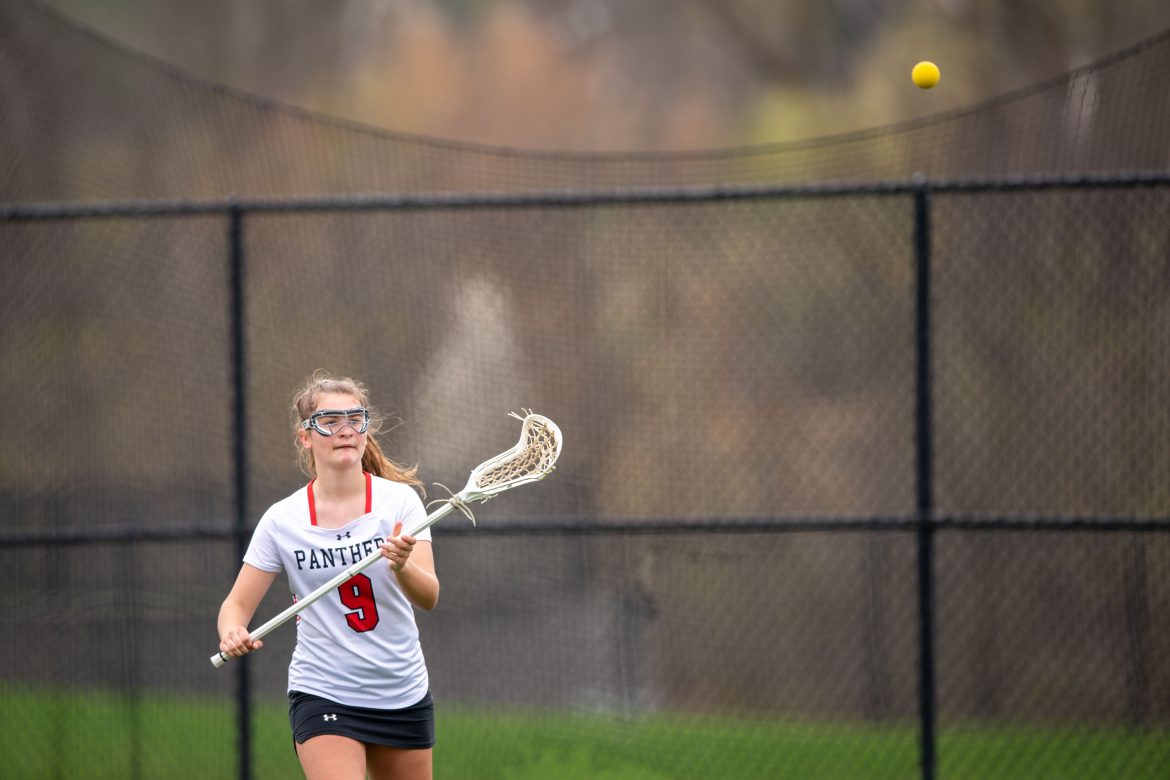 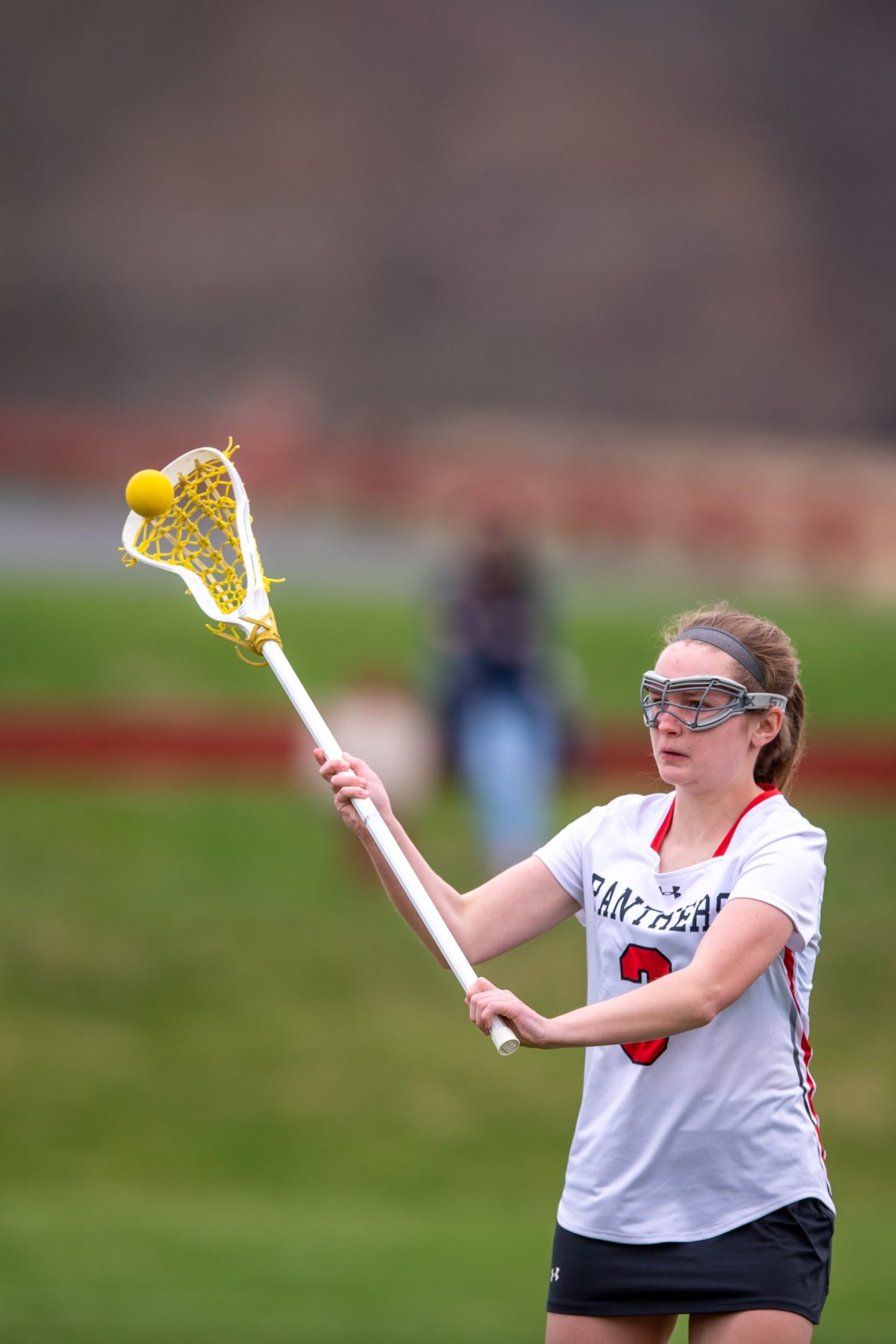 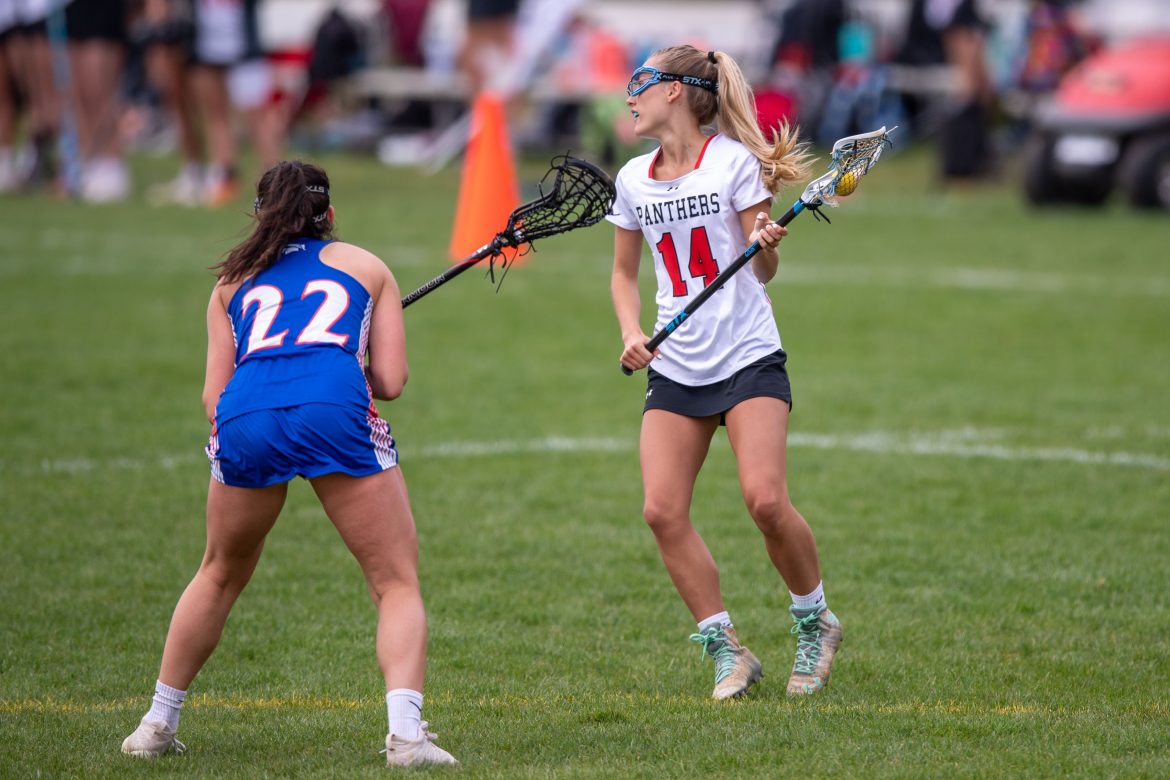 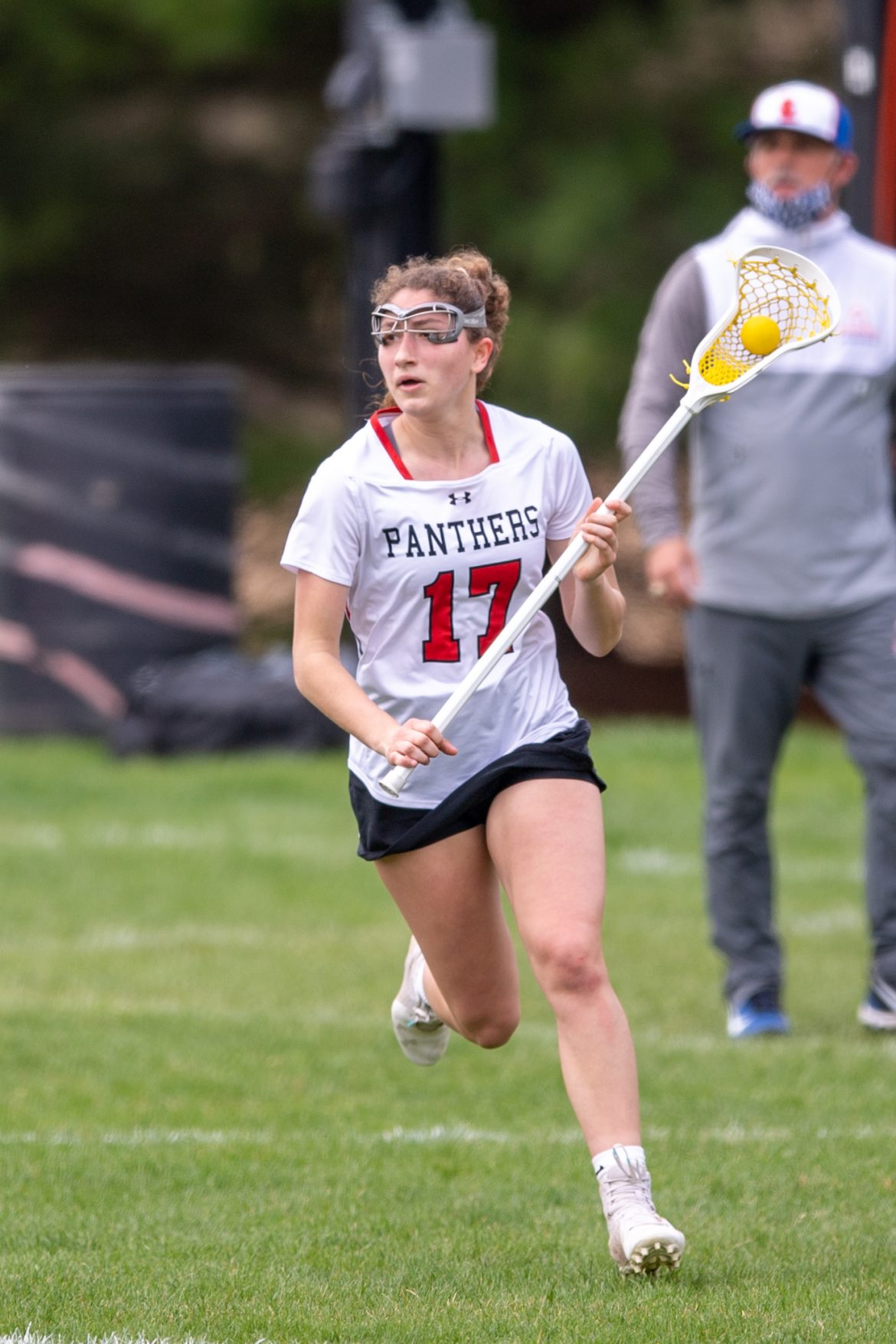 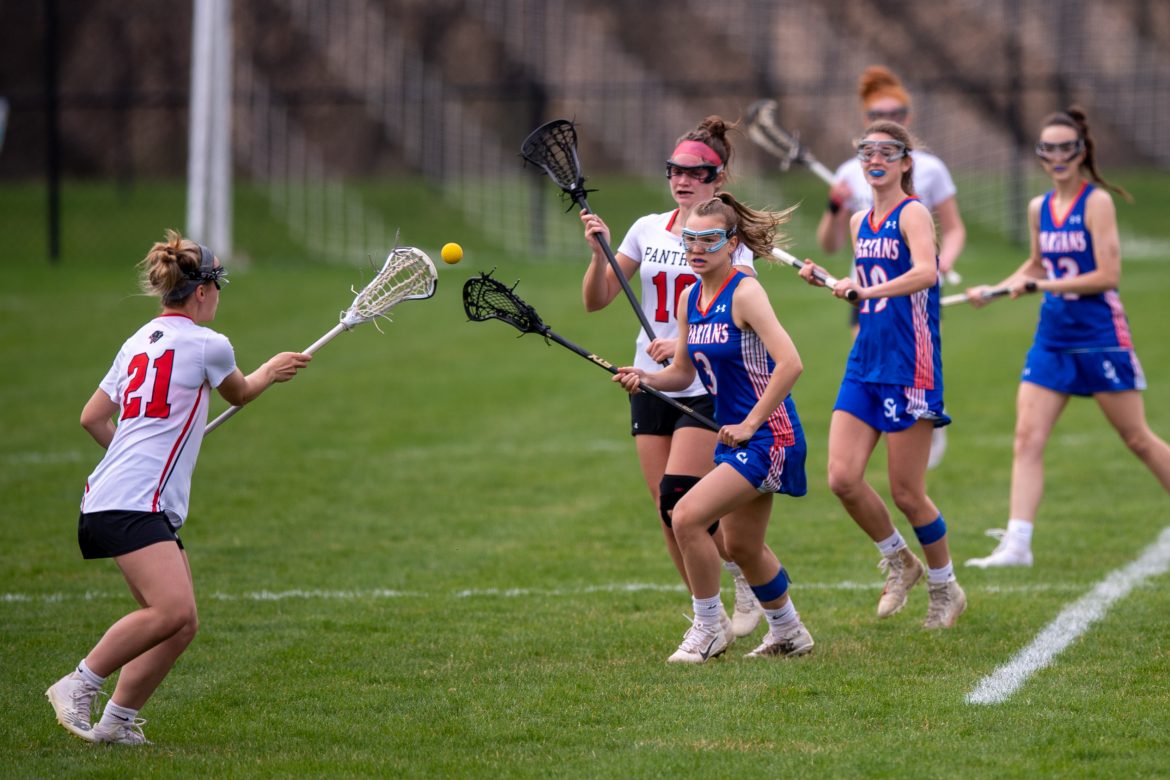 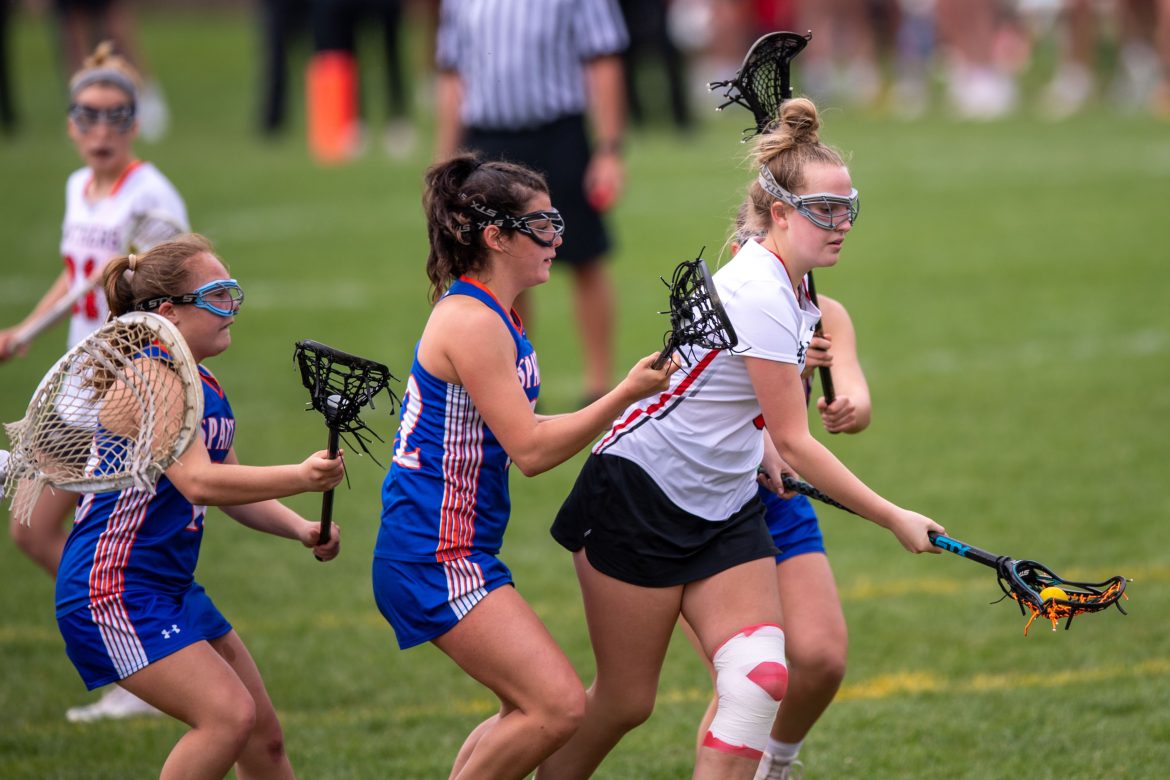 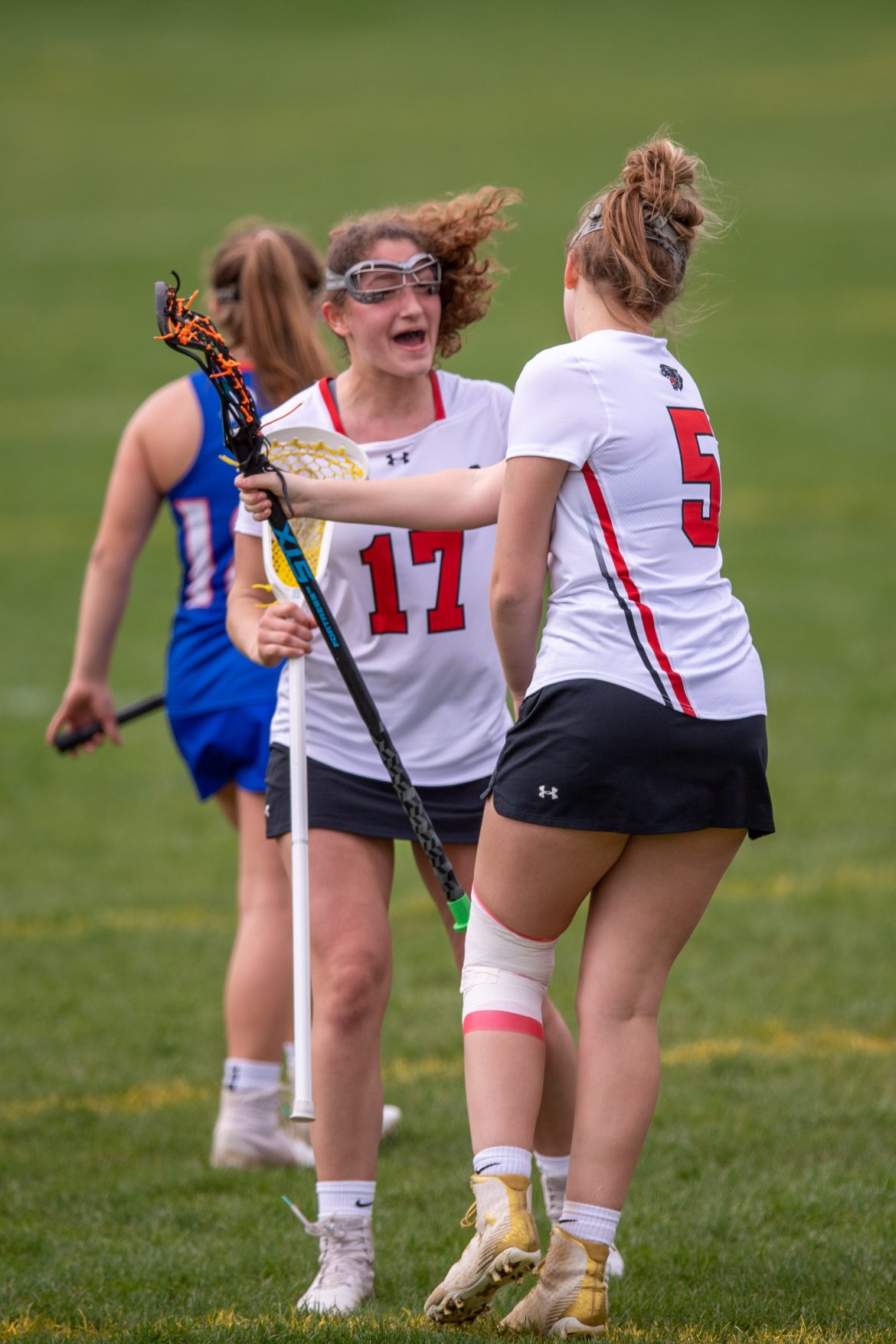 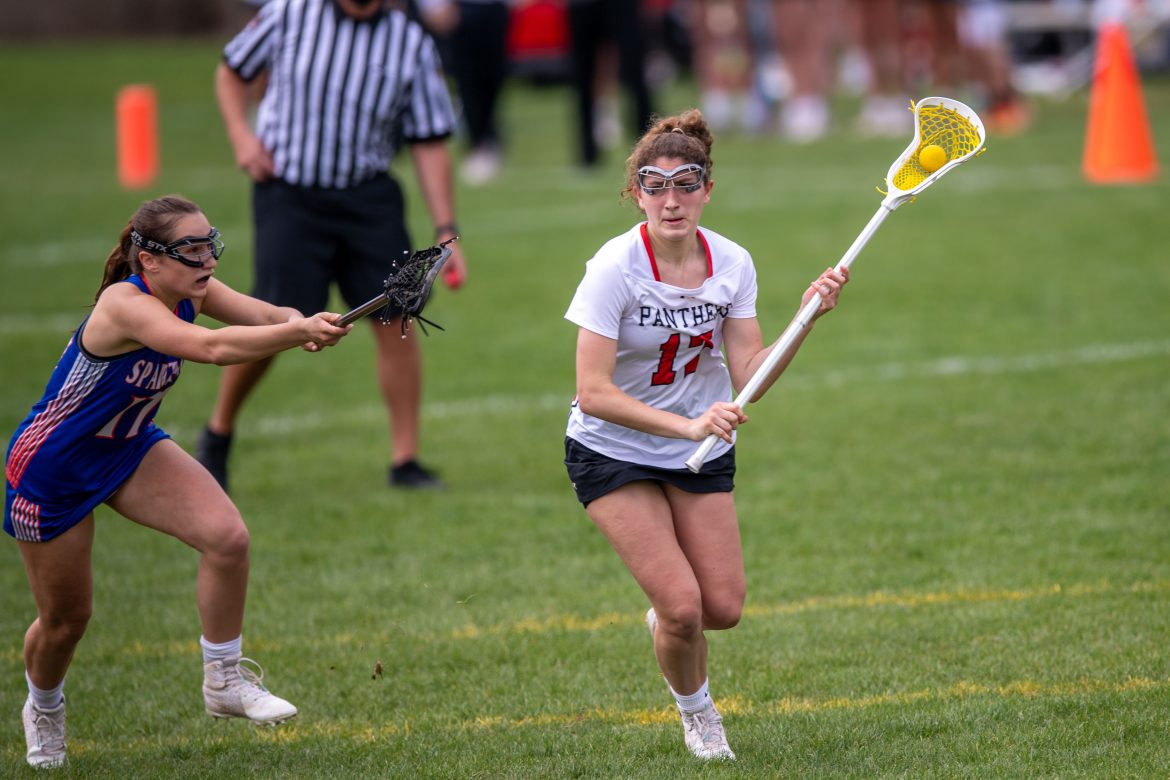 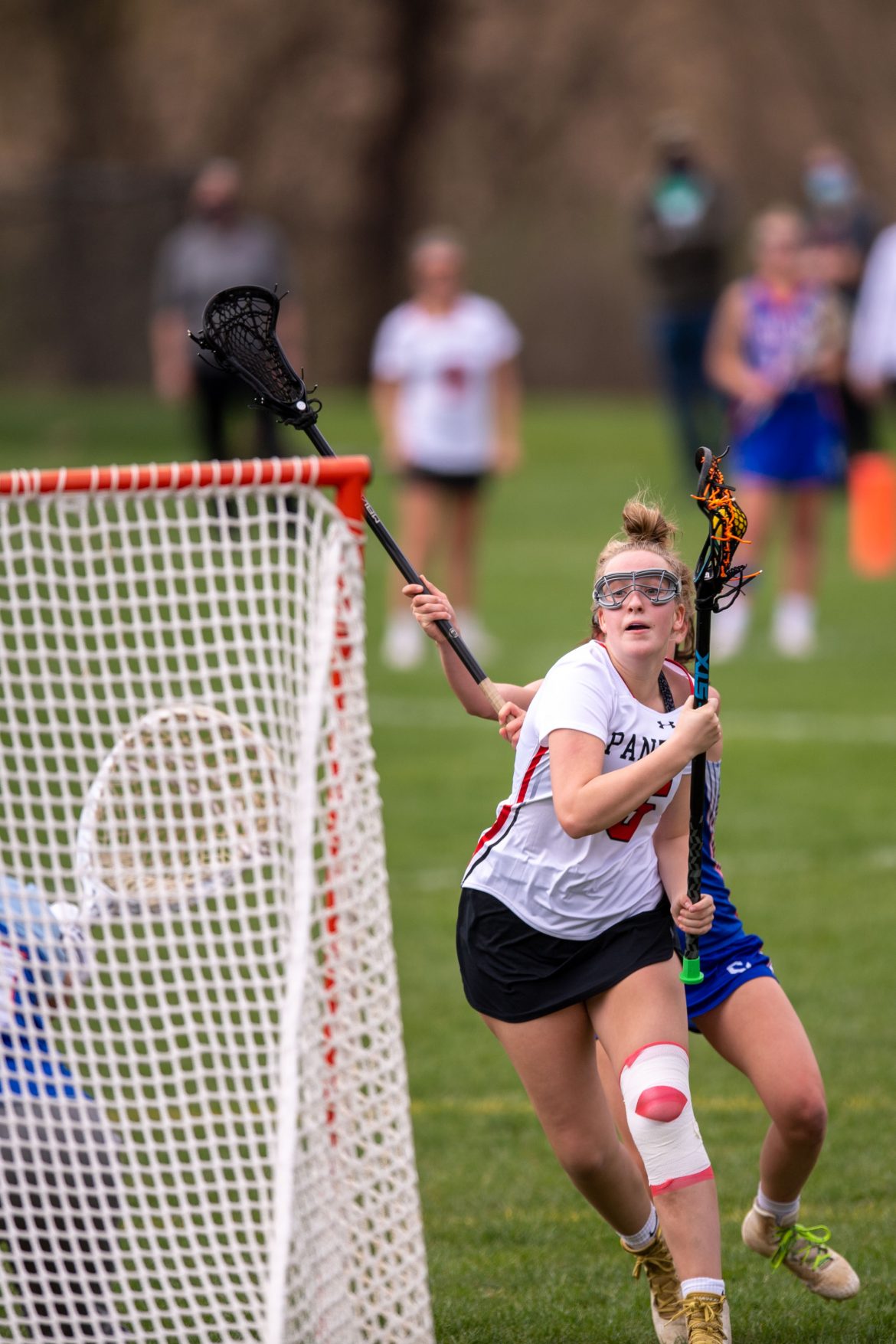 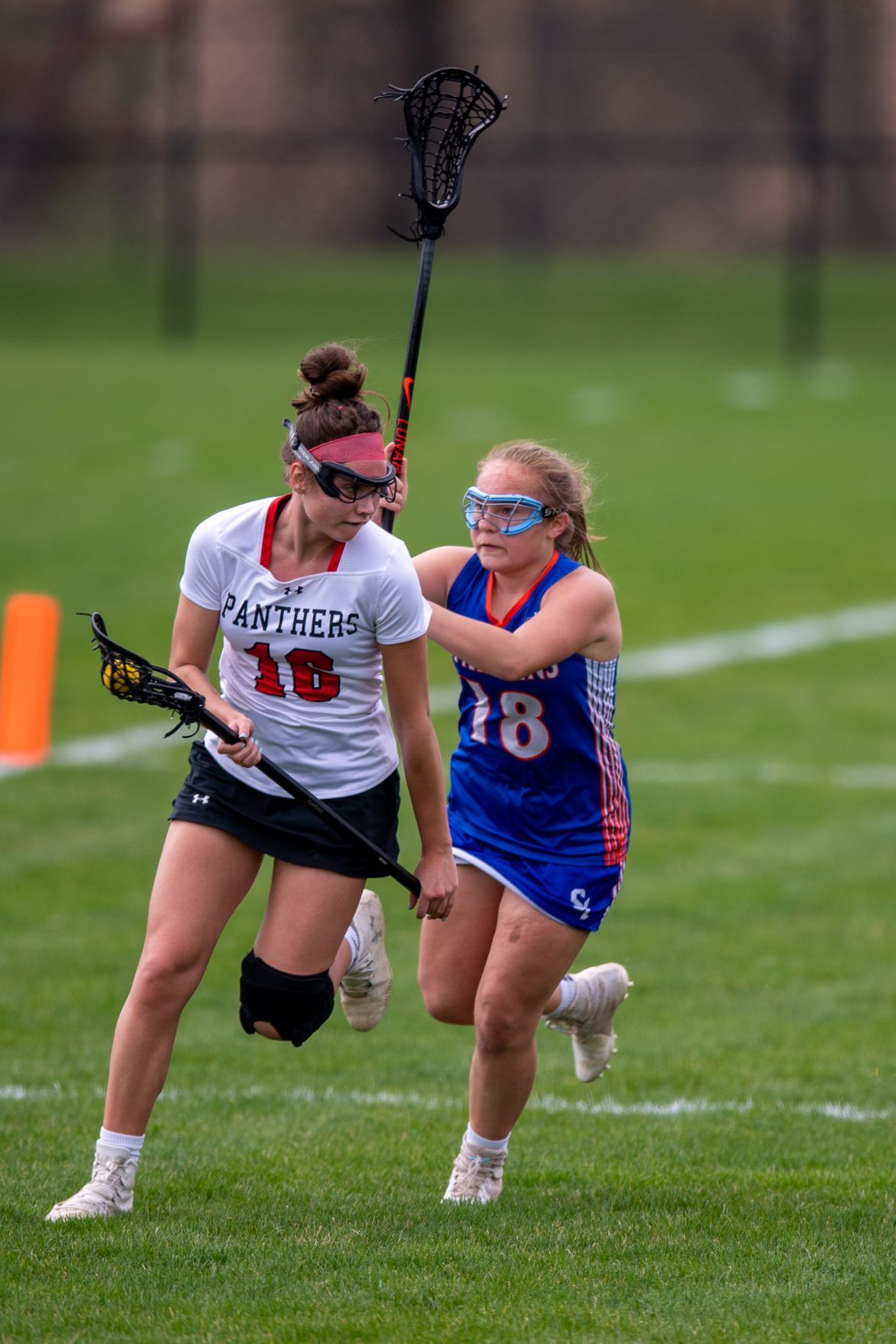 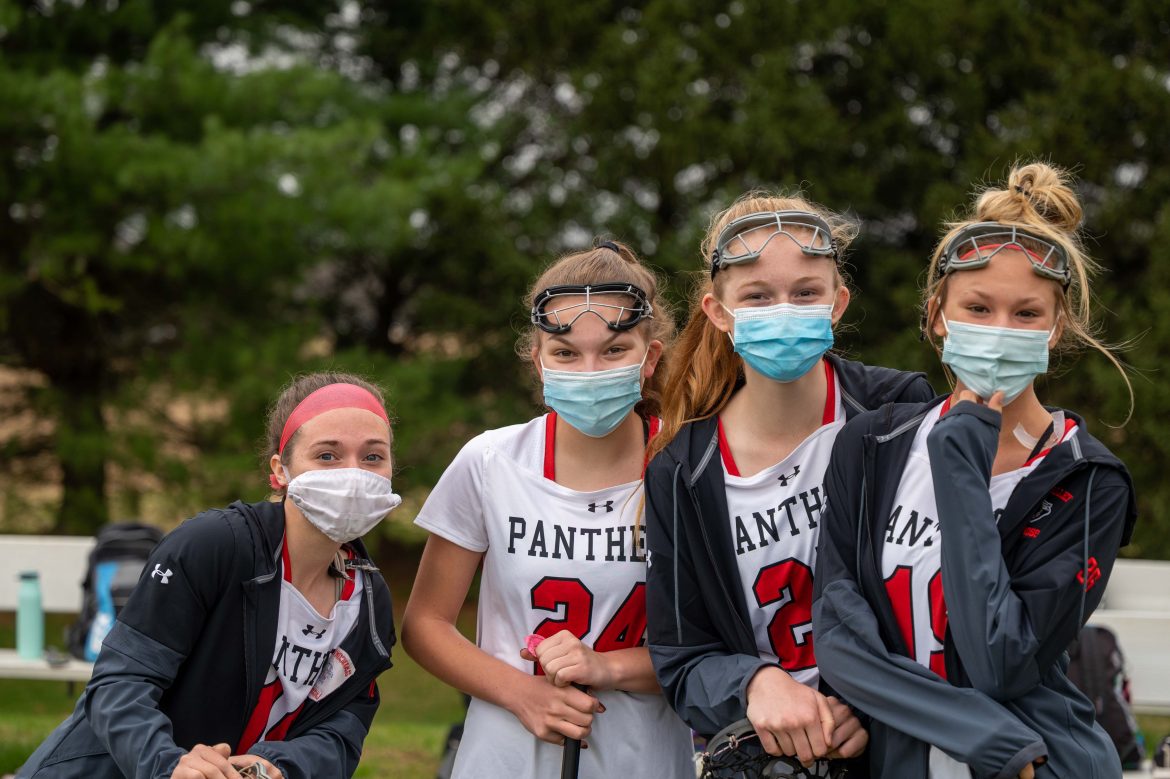