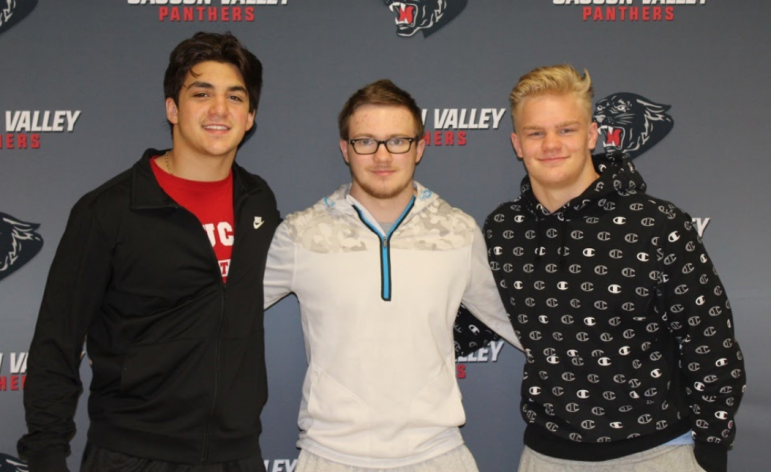 Following a successful 2020-2021 season, Saucon Valley wrestlers Ty Csencsits, Dante Mahaffey and Jake Jones each have their sights set on individual improvement for next year. All three placed at this year’s individual state competition, where Csencsits placed 8th at 189 lbs., Mahaffey placed 6th at 215 lbs., and Jones placed 4th at 172 lbs.

Each wrestler made large jumps in weight class this past season, with Csencsits jumping from 160 lbs. to 189 lbs., Mahaffey moving from 170 lbs. to 215 lbs., and Jones going from 138 lbs. to 172 lbs. Even after these enormous changes in weight class the trio was able to thrive in their new weight classes, dominating the district tournament, with Mahaffey and Csencsits both coming in first place for their weight at the district level and Jones coming in second place.

When speaking to each of them, however, it was evident that they don’t expect to make any of these kinds of weight jumps for next season. Csencsits and Mahaffey said they both plan on maintaining their current weights through their upcoming football season and then wrestling at “either the same weight or one class lower.”

Jones, however, explained his plan to move down in weight for next season. He said he felt “undersized” in the 172 lbs. class and said wrestling heavy this year was a “sacrifice, but it really paid off.”

Jones also explained that an individual state championship is “always his number one goal,” and that next year his sights are set on achieving that milestone. Mahaffey and Csencsits, both football standouts, are more focused on simply “getting better and building upon this year.”

Regardless of their individual goals, these three wrestlers are going to be a force to be reckoned with next season, with more state experience under their belt and more comfortability within their weight class. 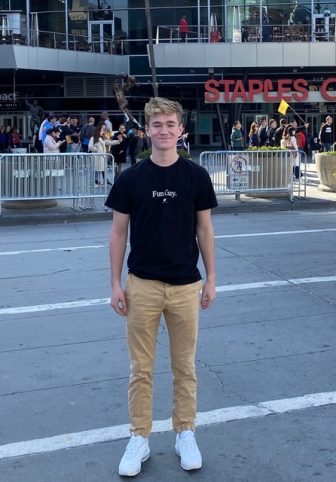 James Townsend is a junior at Saucon Valley High School. He plans on going to college with a major in communications, and is interested in gaining experience in the field through writing for Saucon Source. James believes that the ideas and viewpoints of teenagers are rarely shown and often underappreciated in today’s news business. As a teen, he thinks that the thoughts of teenagers about current events are ever-so-important as younger people begin to become more active in politics and other national issues. In addition to reporting on the school he offers his own opinions about what it is like to be a teenager living through different current events, and hopes to present a fresh perspective for readers.