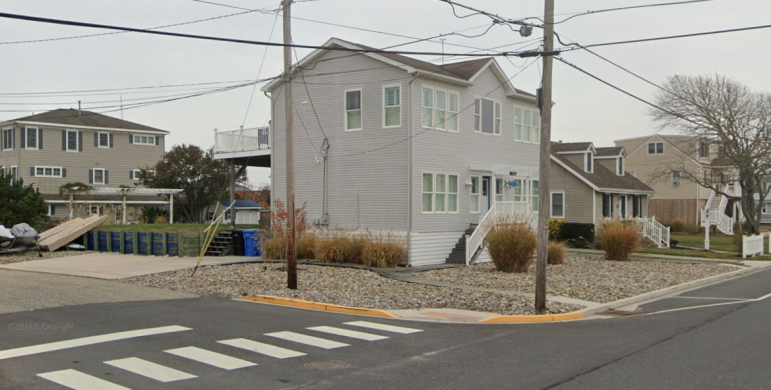 The crash that claimed the life of 23-year-old Trevor Hirsch of Willow Grove happened early Sunday morning on Rt. 619 near Webster Avenue in Strathmere, Cape May County, N.J. CBS3 Philadelphia reported that the vehicle driven by 23-year-old Nicholas Hirsch of Coopersburg ended up overturning after it struck eight parked cars and then a utility pole just north of the home pictured above. It was reported that 21-year-old Ryan Hirsch of Lehigh County was seriously hurt in the wreck.

Authorities say a Coopersburg area man was behind the wheel of a vehicle when it violently crashed in the small seaside town of Strathmere, N.J., early Sunday morning, in a wreck that claimed one passenger’s life and left the other seriously hurt.

According to published media reports, 23-year-old Nicholas Hirsch was northbound in a Lexus SUV and allegedly speeding when he struck a utility pole after first colliding with eight parked vehicles around 2:30 a.m. along Rt. 619, south of the bridge to Ocean City.

In their coverage of the crash, CBS3 News said the car overturned and cited eyewitnesses who reported that Hirsch climbed out of the wrecked vehicle’s sunroof and ran from the scene before being detained by residents of the quiet Cape May County shore community.

CBS3 reported that the other passenger in the SUV–who was identified as 21-year-old front seat passenger Ryan Hirsch of Lehigh County–suffered serious injuries in the crash, which remains under investigation by New Jersey State Police.

As of Sunday evening, no charges had been filed in relation to the crash.

It was unclear from the reporting if–or how–the three men were related.