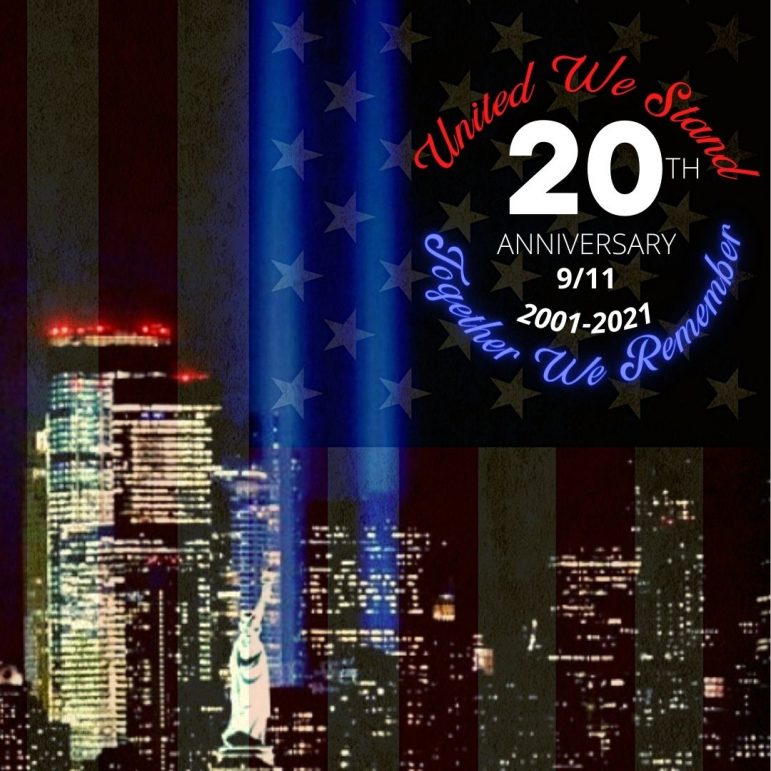 For this column, I’m going to hit the pause button on the normal BAR40 health and wellness-related topics and write more from my perspective as a patriotic American and Upper Saucon firefighter.

I wanted to take a few minutes to speak about the significance of this day and remember why it will forever be such a significant part of our country’s history.

I know for some of you reading this, 9/11 is an event that happened when you were too young to remember it, or even before you were born. While it’s something you talk about in school, your experience is mostly from websites, photos or videos. It’s difficult to really understand how catastrophic of a day that was when you’re reading about it in history books, but to put some perspective on it, we can look at the numbers of victims and compare it to a local example.

Here in Southern Lehigh, our school district has about 3,100 students between the five schools (Hopewell, Liberty Bell, JPLIS, SLMS and SLHS).

On 9/11, 2,977 people were killed. If you think of the number of victims that way, it’s about equal to the school district’s enrollment, so it would be like every student we have living here in the district suddenly ceasing to exist in one morning.

Of those 2,977 people who lost their lives, 441 were New York City first responders, including the FDNY, NYPD and Port Authority Police Department members.

Sadly, since 2001 over 2,000 additional deaths have been attributed to 9/11 related illnesses. Thousands of first responders in the towers that day have been diagnosed with cancers caused by the toxins they came in contact with during their rescue efforts.

For those who are old enough to remember 9/11, it was one of those times in life where you likely have a clear recollection of what you were doing and where you were when you heard the news that terrorists had conducted a coordinated attack against America.

For me, I was living in NYC, and one of my most vivid memories of that morning was being in traffic on the Long Island Expressway in Queens outside of the Midtown Tunnel. The burning towers were clearly visible, and traffic was pretty much at a standstill with people out of their cars and watching the scene in front of them. Many of the people outside of their cars seemed to be frozen in shock. Some were screaming and highly emotional. Others seemed unable to process the scene that we saw in front of us, asking out loud to no one in particular: “Is that real?” Some drivers were frantically driving to try and get to the nearest exit. Cars were getting rear-ended and sideswiped all over the place with no one stopping or even noticing. What will always stand out in my memory is seeing what seemed to be an endless stream of FDNY firefighters in their turnout gear riding as fast as possible on motorcycles through the snarled traffic. I remember thinking, ‘Where are all these FDNY guys coming from on their Harleys, and why aren’t they on trucks?’ It was only in the following days when all the news stories came out that we learned that many of them were off-duty FDNY firefighters who went to their local firehouse, got geared up and responded to the scene to help their brothers and sisters in the chaos. Because the traffic was jammed up, a motorcycle was the fastest way in. Nothing would stop them from doing their duty and honoring their oath to protect the people of NYC under any and every circumstance.

Another aspect of 9/11 that is impossible to capture in the history books but was undeniable and genuine if you lived it was the sense of unity and camaraderie we showed as a nation in the months following the attack. First responders from all over the country and even overseas took leaves of absence from their lives and careers to come to New York and assist with the recovery efforts.

For a long time after 9/11, it’s like we all collectively put aside the minor day-to-day squabbles and petty disagreements and banded together to get America back on its feet and strong again. American pride and patriotism were everywhere you looked, and the collective feeling was that if you come at one of us, you come at all of us…and we all had each other’s backs in this fight.

So for me, this day always has a dual significance. One aspect is remembering the day we came under attack and honoring all of the first responders who paid the ultimate price by entering a disaster scene many of them undoubtedly knew they were unlikely to return from.

The second significant part of this day is remembering how strong and resilient America is and how when we come together for a common purpose, there is truly no greater country in the world. This is as true in 2021 as it was 20 years ago. Our duty as Americans is to honor the memories of those First Responders. All gave some and some gave all.

Eric Bartosz is the founder of BAR40 and the author of the internationally acclaimed and bestselling book ‘BAR40: Achieving Personal Excellence.’ He lives in Center Valley with his wife Trish, daughter Riley and pug Piper, is an adjunct MBA professor at DeSales University and serves the community as an Upper Saucon firefighter, a board member of Big Brothers Big Sisters of the Lehigh Valley and a local race organizer. Eric is a 20+ year runner and racer and can often be found logging miles on the Saucon Rail Trail.