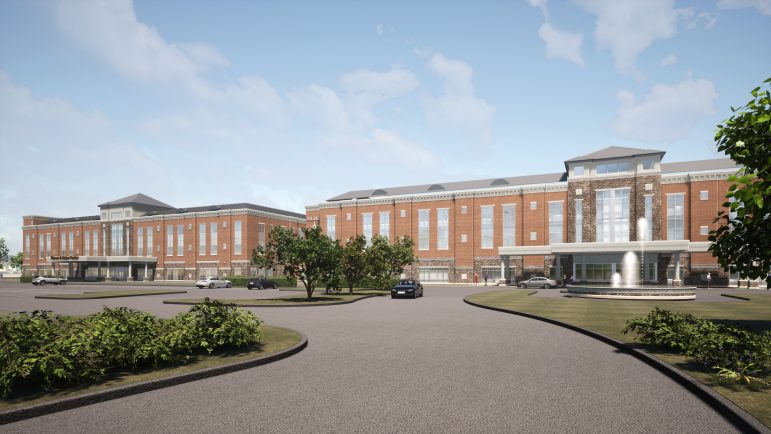 A rendering shows what the addition to St. Luke’s Hospital’s Upper Bucks Campus will look like once it is completed in the spring of 2023. The hospital–which is less than two years old–is already outgrowing its building.(Contributed image)

St. Luke’s will double the size of its Upper Bucks Campus hospital in two years with the completion of a three-story tower to meet the growing demand for its medical services in the Bucks and Montgomery County region. Ground was recently broken for the new addition on the campus at the intersection of Route 663 and Portzer Road, near Route 476 in Milford Township. Completion of the addition is slated for spring of 2023.

The new $72 million, 118,000 square-foot wing will house comprehensive cancer services and palliative care on the first floor, while expanded obstetrics services, birthing and neonatal intensive care units will occupy the second. Shelled space on the third floor will be reserved for future development.

“We are adding this building in response to increasing needs of our population, both the aging and child-bearing segments,” said Dennis Pfleiger, president of St. Luke’s Upper Bucks Campus. He added that, since the hospital opened in late 2019, the facility has experienced steadily burgeoning patient volumes often resulting in near-capacity numbers in the 80-bed hospital. This demand is expected to rise as the region continues to grow, with the biggest population growth forecasted in persons over 65 years of age. 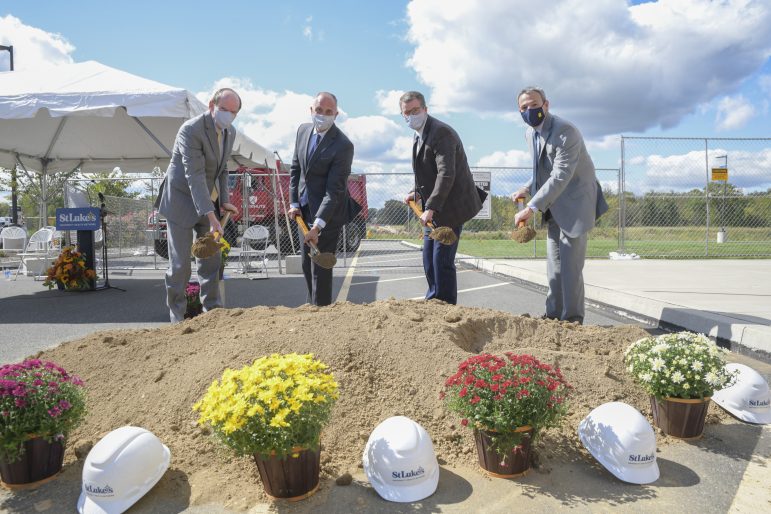 Ground was broken on the new 118,000 square-foot addition on Sept. 30. (Contributed photo)

“The strong St. Luke’s brand, combined with added primary care and specialist physicians, our Level 4 trauma center and emergency department, have resulted in enhanced close-to-home access and demand for our nationally-recognized care,” added Pfleiger. St. Luke’s recently added the Stoneridge OB/GYN practice to its network, which has expanded its office locations.

Operating the new wing will result in the addition of 100 full-time equivalent employees to the hospital’s nearly 500-person workforce.