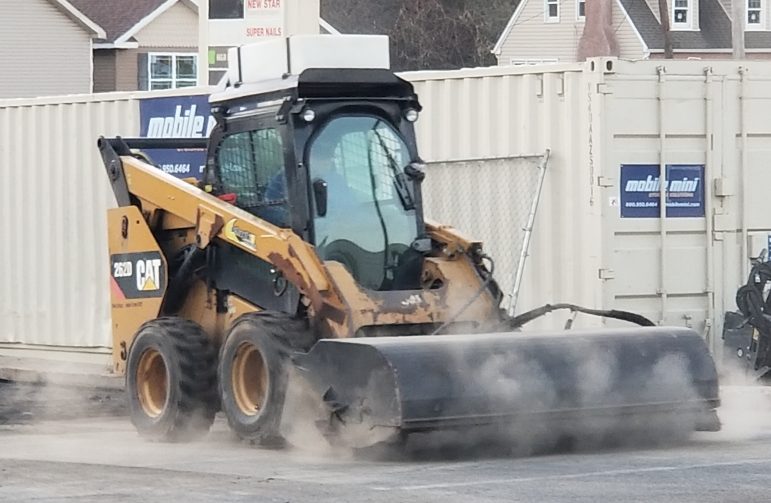 A construction crew was paving and doing other site work outside a Starbucks that is under construction at Main Street and Polk Valley Road in Hellertown Monday. When it opens sometime in the spring, the coffeehouse will have a large drive-thru.

There has been lots of construction-related activity at the site of a new Starbucks in Hellertown in recent weeks, but it isn’t indicative of an imminent opening date, a company representative confirmed Tuesday.

In fact, the Starbucks that will be located in a former Bank of America branch at Main Street and Polk Valley Road won’t open until “next spring,” a Starbucks spokesperson said, adding that “the new location will employ approximately 25 partners (employees).”

The project was first announced nearly two years ago, just before the COVID-19 pandemic began, delaying many building projects for months.

Work on converting the former bank into a coffeehouse with a drive-thru began in 2020, but didn’t really kick into high gear until August of this year.

On Monday, when the high temperature barely made it above freezing, a construction crew was busy paving areas of the new drive-thru that will surround the building.

Building the drive-thru required updates to traffic patterns in and around the parking lot of the Shoppes at Hellertown shopping center, which is adjacent to the former bank. 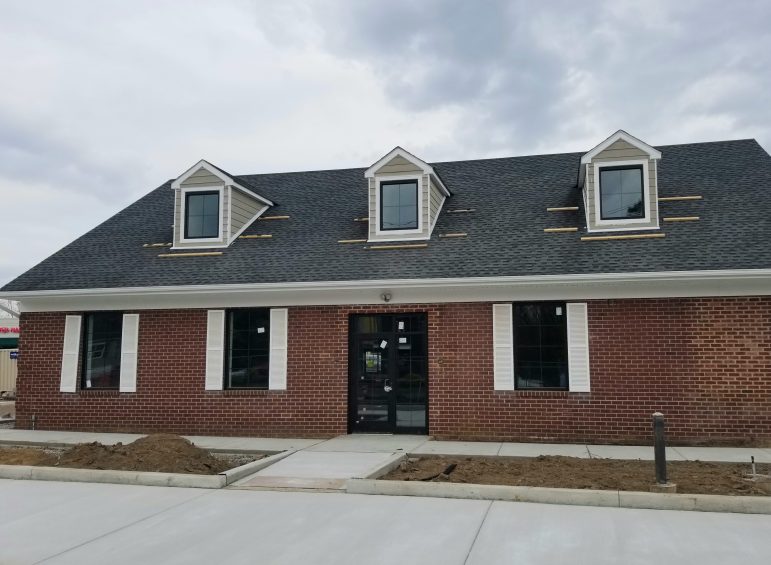 Above: The front of the Starbucks that is under construction in Hellertown, as it appeared in late October. (FILE PHOTO)

Improvements have also been made to the intersection of Polk Valley Road and Main Street, in accordance with PennDOT engineering requirements for the safe flow of traffic.

The opening of the new Starbucks will not affect the operation of a Starbucks kiosk that’s located inside a Giant supermarket about a quarter of a mile away in Lower Saucon Township.

The kiosk is an authorized Starbucks retailer, as opposed to being a company-operated location, which is what the new store will be.

Whether the presence of a Starbucks and the traffic that will come with it benefit the shopping center–which is home to a number of vacant storefronts–remains to be seen.

The company is currently hiring for its new Hellertown coffeehouse, Store #62732, with openings for barista and shift supervisor currently advertised on the Starbucks jobs site. 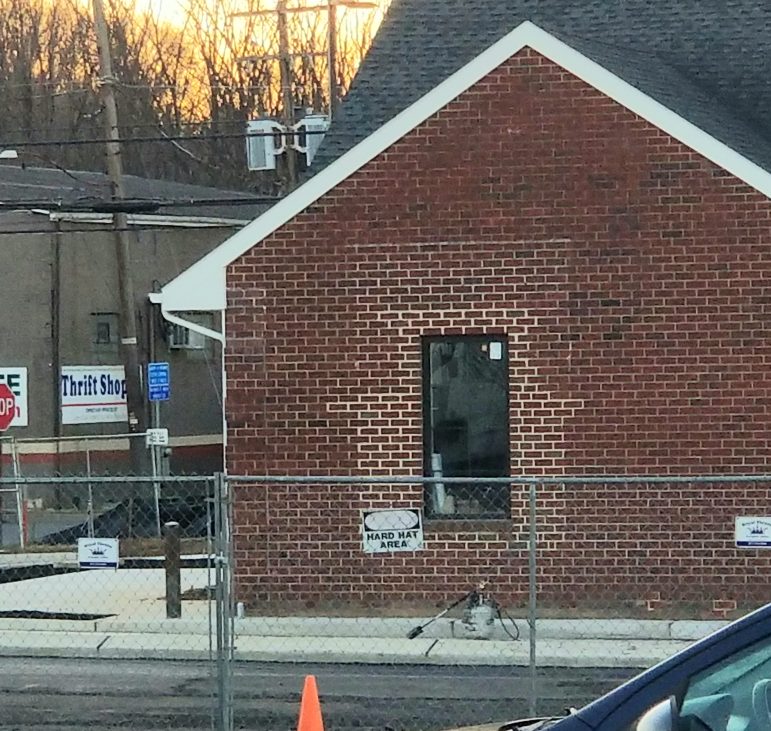 The new Starbucks Store #62732 will be located on Rt. 412, near the heart of the commercial district at Hellertown’s south end. Other businesses located nearby include McDonald’s, American Family thrift shop (visible above), A Furry Tail Come True doggie daycare, Dollar General, DiMaio’s Italian Ristorante & Pizzeria and Giant, which is home to a Starbucks kiosk. 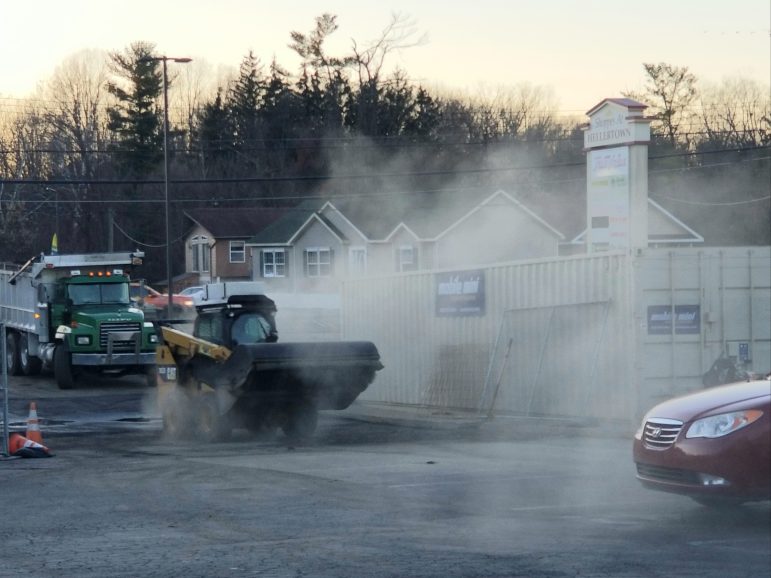 Above, a dust cloud generated by paving activity drifts across the parking lot of the Shoppes at Hellertown shopping center Monday. The paving work was related to the construction of a Starbucks at Polk Valley Road and Main Street (Rt. 412).