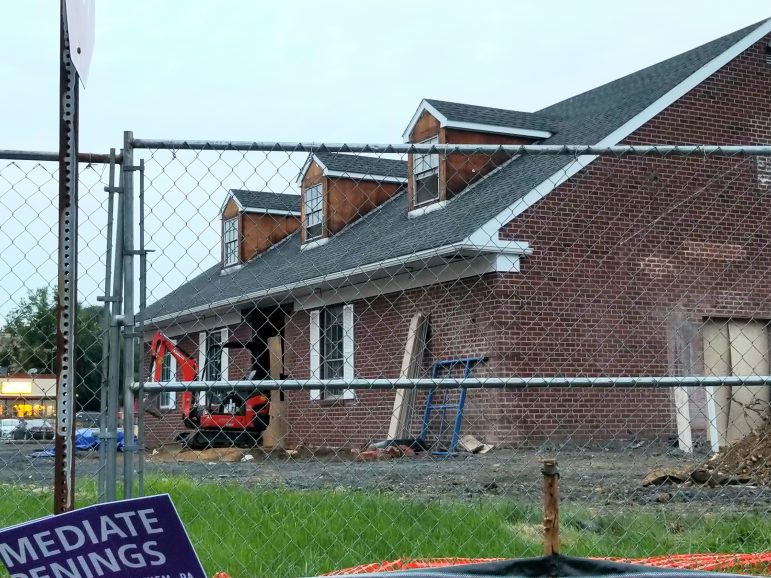 Fencing surrounds the future home of Starbucks in Hellertown, as construction on the former Bank of America building kicks into high gear.

Will the new Starbucks on Main Street in Hellertown be open in time for area residents to enjoy a pumpkin spice or peppermint latte there this year? That much remains unclear, but in recent weeks the former Bank of America branch has become a beehive of activity, with perimeter fencing doing little to conceal the extensive renovations now taking place.

The Starbucks was first announced for the corner of Main Street (Rt. 412) and Polk Valley Road more than a year-and-a-half ago, however the COVID pandemic and engineering issues delayed the bulk of the construction until recently, when it kicked into high gear. 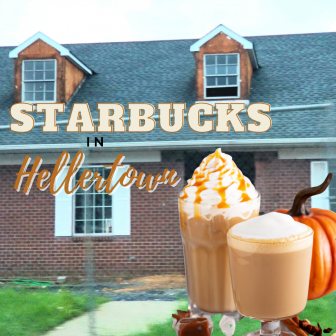 Few seem to be ambivalent about the upscale coffeehouse, which has earned a reputation for its pricy specialty drinks, both hot and cold; its distinctive branding; and its ubiquity.

The Hellertown store will be encircled by an 18-car holding lane leading to a drive-thru window. The holding lane’s design will allow for the “stacking” of vehicular traffic within the parking lot, so it doesn’t overflow and impede traffic on the adjacent roadways.

Hellertown zoning and codes enforcement officer Kris Russo previously said that the parking lot’s curb line along Polk Valley Road will be rebuilt, to provide better definition; that the Polk Valley entrance to the lot will be moved eastward, closer to the Saucon True Value hardware store; and that the former bank driveway on Main Street will be closed.

The Morning Call reported in March that the Hellertown Starbucks’ target opening date is September, which would help explain the construction-related activity spike at the site.

A Starbucks kiosk in the Giant supermarket on Rt. 412, about a quarter of a mile from the new store, will remain open. The kiosk is not an authorized retailer as opposed to a company-owned store, and does not sell the full line of Starbucks food and beverages.

Starbucks does not yet appear to be hiring for the new location, as there are no job openings listed for Hellertown, although there are other open jobs at nearby stores. 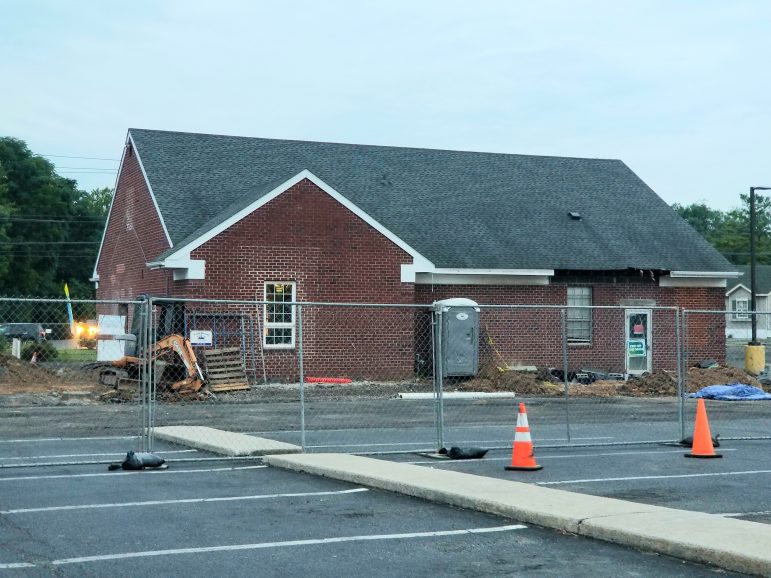 At the back of the active construction site is a port-a-let, along with machinery and other signs of progress on the building. 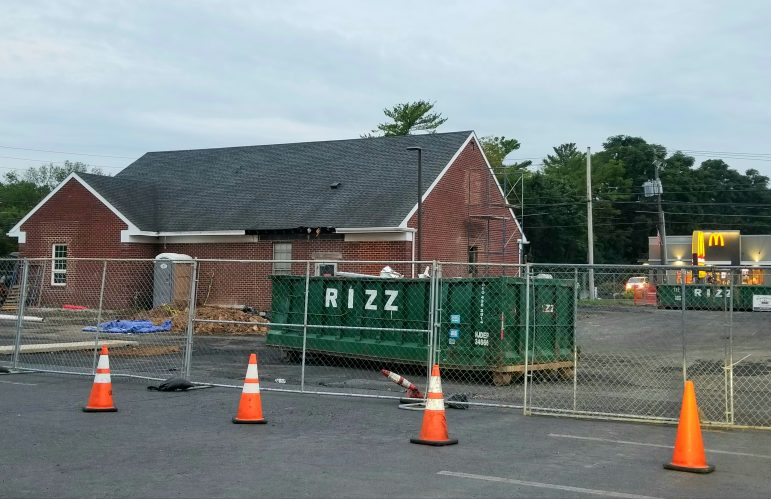 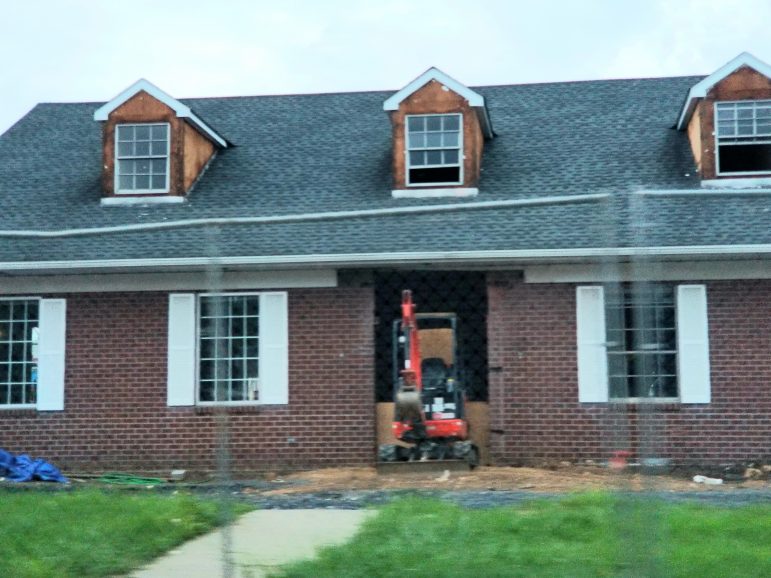