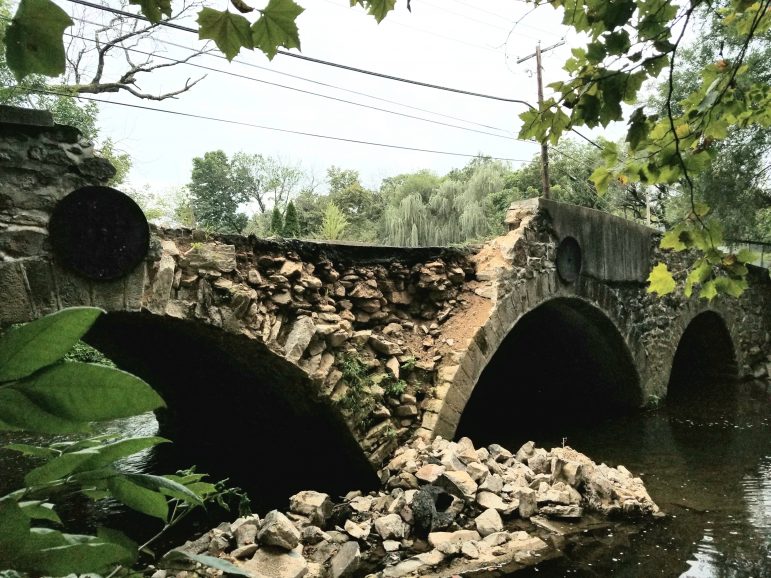 A hole in the bridge’s north-facing wall has grown into a gaping chasm; the result of the latest collapse. If Saucon Creek floodwaters inundate the bridge, more of it could come down. The collapse could also exacerbate flooding in the area by restricting the flow of water through the area.

On the eve of a hurricane-fueled rainstorm that could bring significant flooding to the area, more of the historic Meadows Road Bridge has collapsed into the Saucon Creek.

A center section of a stone wall that began to crumble in April has become a gaping chasm in the bridge’s north side, where a pile of rubble in the creekbed has grown higher, raising concerns about the flow of water under and through the now-decrepit span.

Built in 1856, the bridge has been closed to traffic since April 2018. It is now surrounded by a snow fence and signs warning against trespassing, although part of the fence at the bridge’s east end appeared trampled upon, as though someone had recently walked on it. 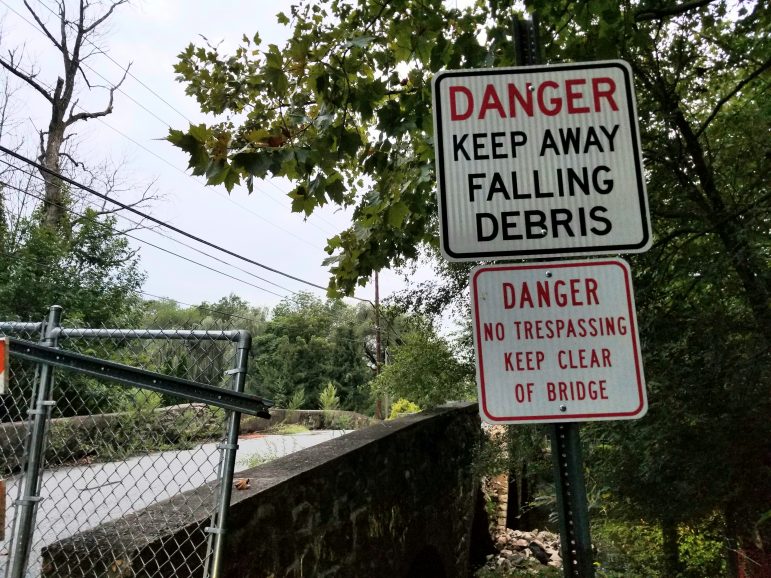 Signs erected at the east end of the bridge warn against trespassing. A temporary fence has been installed around the span, to prevent the curious from venturing to close to the collapsing structure.

Long an iconic structure in Lower Saucon Township, efforts to save the 165-year-old bridge were ongoing until early April, when the first collapse essentially sealed its fate.

Lehigh Valley Live reported in June that Lehigh Valley Transportation Study members had approved $350,000 in federal emergency funds to pay for the bridge’s removal, with bids for the demolition work scheduled to be opened in October.

Before the initial collapse and subsequent decision to tear down the bridge it was clear it was endangered, despite its addition to the National Register of Historic Places in 2020.

Officials from Northampton County, which has owned the bridge since it was built in 1856, had long cited the cost of repairing it as an obstacle to its preservation. Another factor that may have hurt its chances of being preserved was that as a single-lane bridge, it would not meet modern engineering safety standards even if it were preserved.

After it was closed to traffic, Lower Saucon Township Council supported saving the bridge, but their vote was symbolic since the township had no say in deciding its fate.

The Meadows Road Bridge continued to deteriorate as county officials pondered whether to repair or replace it, and ultimately, it apparently made the decision for them. 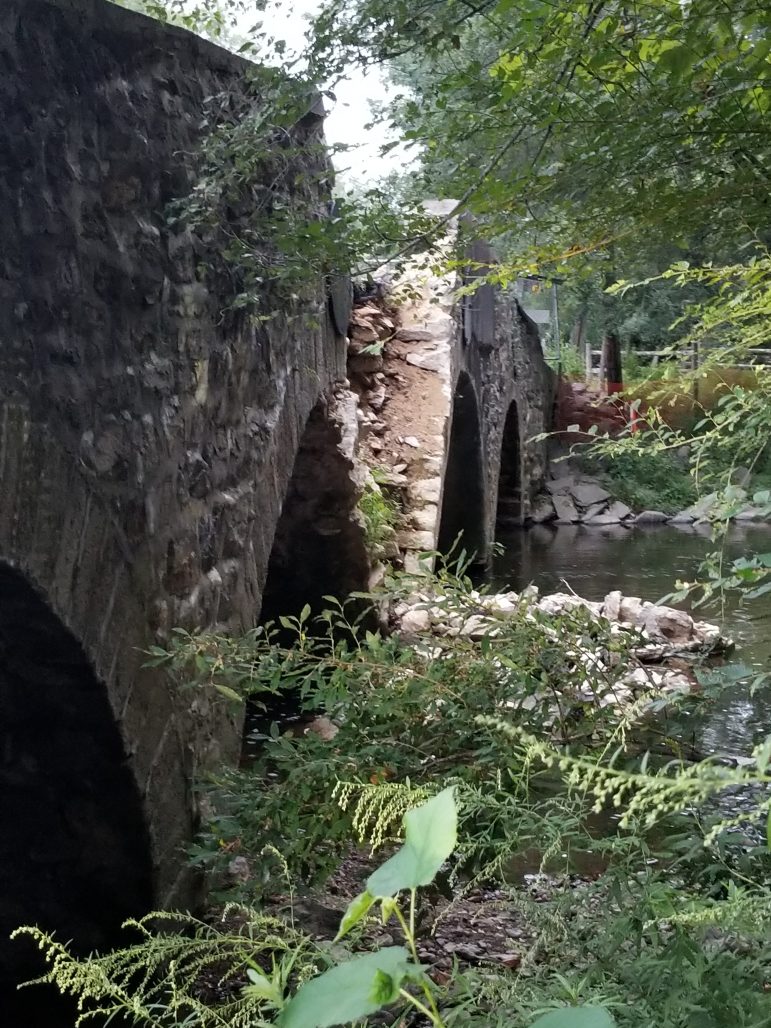 The size of the hole in the bridge’s wall is substantial. Stones from the collapsed section of wall rest in the creek below.