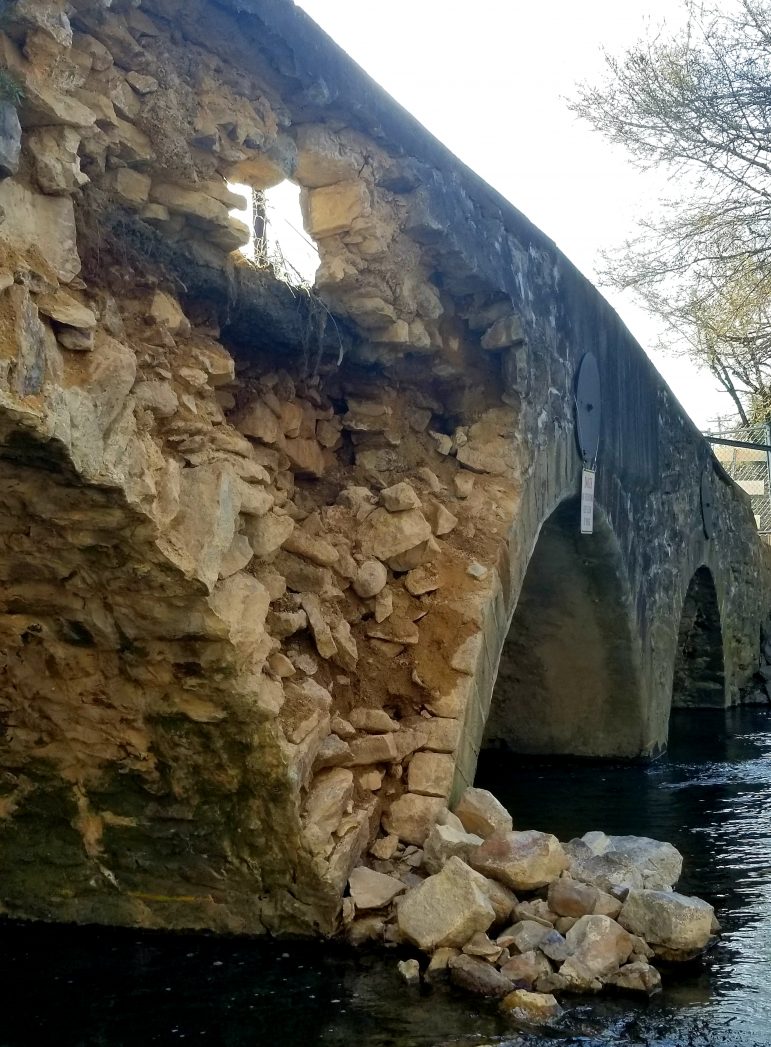 A partial collapse of the Meadows Road Bridge has left a gaping hole in its north side. The 1858 stone arch span is one of the oldest bridges in Northampton County and was added to the National Register of Historic Places just last year.

A section of a historic stone bridge in Lower Saucon Township has collapsed into the Saucon Creek, casting more doubt on its already uncertain future.

It wasn’t clear exactly when part of the Meadows Road Bridge’s north-facing exterior wall crumbled–leaving a gaping hole in its side–but according to a local bridge-watcher the damage was first observed very recently.

Built in 1858, the single-lane, stone arch bridge has been closed to traffic since April 2018, when an engineering inspection determined that it was structurally unsound. 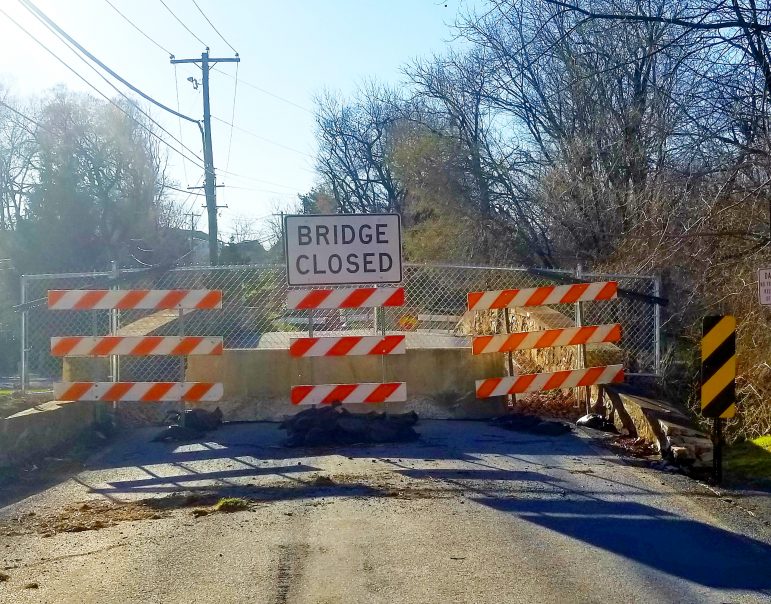 The Meadows Road Bridge has been closed to traffic since April 2018. Its fate–which rests with Northampton County officials–remains up in the air.

The bridge is owned by Northampton County, whose officials have so far declined to decide its future. Public opinion appears to be divided about whether to replace or repair the span, which is considered functionally obsolete because of its antiquated design.

Preservationists have lobbied for the bridge to be repaired as well as criticized the repairs the county has made to it over the years, some of which have been unsympathetic in their historical accuracy. For example, instead of mortar to match what was used in its original construction, patch jobs have been performed using Portland cement, officials learned.

In spite of those issues, in September of last year the bridge was added to the National Register of Historic Places.

Earlier in 2020 it was placed on a list that includes some of the state’s most endangered historic landmarks.

In 2018 Lower Saucon Township Council endorsed repairing the bridge, but that recommendation carries no official weight with the county.

The Meadows Road bridge spans the creek just east of Rt. 412, about a quarter mile south of the dividing line between Hellertown borough and Lower Saucon Township. A detour that has been in place since it was closed nearly three years ago utilizes Skibo Road, which turns into W. Walnut Street in the borough.