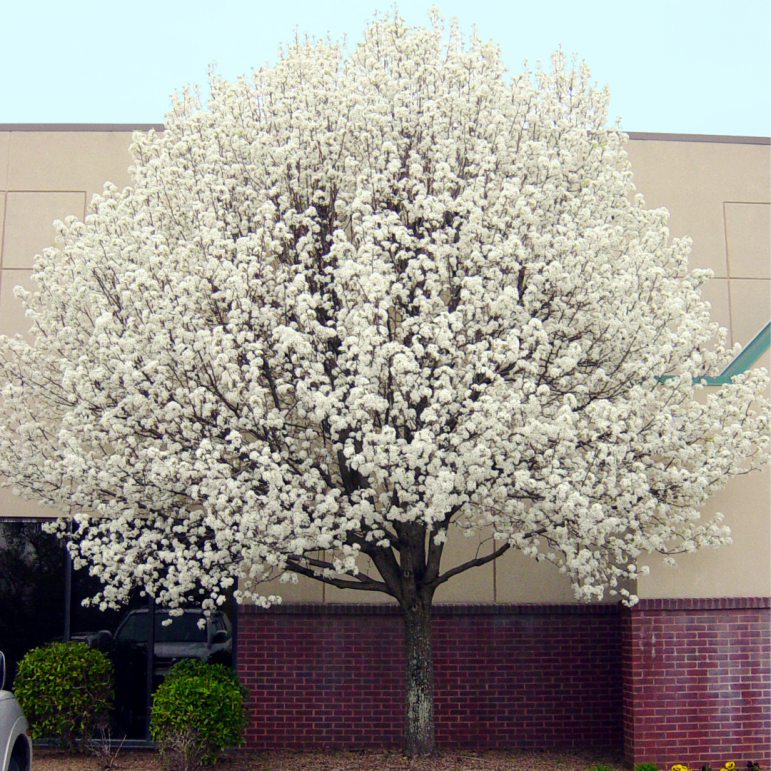 A ban on the sale of Bradford pears will take effect in Pennsylvania on Feb. 9, 2022. The popular trees are invasive and contribute to ecosystem destruction, according to the Pennsylvania Department of Agriculture, which approved the ban.

You probably know them for their white flowers and distinctive springtime aroma, as well as their crimson fall foliage. The Pennsylvania Department of Agriculture is having none of that, which is why it has added Callery pear (Pyrus calleryana), commonly called the Bradford pear tree, to a list of plants that cannot be legally sold or cultivated in the state.

The department says the popular, non-native, flowering fruit tree naturalizes by spreading from planted landscapes, crowding out other plants and disrupting native ecosystems. A department-imposed ban on the sale and cultivation of the trees will take effect on Feb. 9, 2022, with enforcement to be phased in over two years.

“Callery pear is another non-native plant that was brought to this country for its beauty and rapid growth, without regard for its long-term potential to harm our environment and food supply,” said Agriculture Secretary Russell Redding. “Banning the sale of an invasive plant is an important tool to stop its spread and is a step we take only after careful consideration of the damage it causes and its potential for continued harm to our ecosystem and economy.”

Enforcement of the ban will be phased in over two years, to allow time for nurseries and landscaping businesses to eliminate it from their stock and replace the trees with alternatives that pose less threat to the environment and agriculture. The department has established an exemption procedure for breeders who own the rights to varieties that have been researched and proven sterile, and will consider exempting these varieties from the ban.

Callery pear was brought to the U.S. in the early 1900s by researchers looking for a blight-resistant species that could be bred with European pear to increase fruit production. It has garnered attention in recent years as a prolific invader that can easily spread into woodlands, pastures, fields and natural areas.

The timeline for the two-year rollout of the ban is as follows:

Merchants with questions should contact state officials by e-mailing ra-plant@pa.gov.