A man who authorities say ended his own life after driving into a barricade near the U.S. Capitol in Washington, D.C., early Sunday previously lived in Hellertown and lived in this area as recently as two years ago.

York was accused of selling pain pills at the school during his senior year, in 2011.

A criminal court docket filed in the case says York, who was then 18, later pleaded guilty to a misdemeanor count of possession of a controlled substance and was sentenced to up to three months of probation by Northampton County Common Pleas Judge Stephen Baratta. The docket says York agreed to “cooperate with school imposed conditions” as part of his plea agreement, was to receive “nominal supervision” and “may transfer to Delaware.”

It is unclear when York moved to southern Delaware, but he had a lengthy criminal record in Northampton County, Pa., where he was convicted of various offenses between 2011 and 2020. 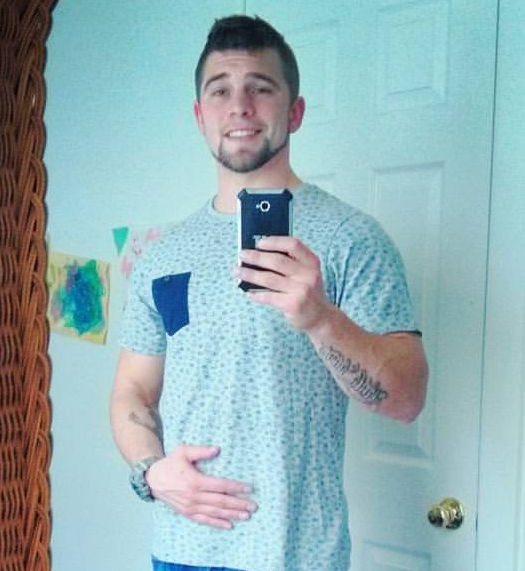 Pictured above, Richard Aaron York III as he appeared in a public profile photo on his Facebook page in 2017, when he was charged with burglarizing a local pharmacy. A search Monday for a current Facebook profile did not yield any results. Major news outlets have reported that York hailed from Delaware, but records show he attended schools and lived in the Hellertown area until relatively recently. (FILE PHOTO)

In 2017, York was charged with burglarizing Yeager’s Pharmacy on Main Street in downtown Hellertown.

In that case, York was accused of smashing the store’s front window and stealing several controlled substances from the drugstore, which is located near the borough police department.

York–who at the time lived in the 700 block of Front Street in the borough–ultimately pleaded guilty to a Felony 2 charge of burglary and in September 2017 was sentenced by Northampton County Common Pleas Judge Michael Koury Jr. to a minimum of four months and a maximum of just under 12 months in jail, court records show.

York was also ordered to pay restitution, refrain from alcohol or drug consumption and undergo random drug and alcohol screenings, according to the criminal court docket filed in the case.

Two years ago, York was again sentenced to jail after pleading guilty to second-degree misdemeanor counts of simple assault and criminal mischief in a Lower Saucon Township case in which police said he beat a coworker and damaged items in the man’s home on Old Mill Road. He was also sentenced to up to two years of probation by Northampton County Common Pleas Judge Jennifer Sletvold.

Per records, Sletvold’s sentence called for York to serve a minimum of 213 days and a maximum of 23 months in jail, with credit for time served; to receive a drug and alcohol assessment and follow any recommended treatment; for payment of costs related to the case; and for up to two years of probation to be served consecutively with his jail sentence.

In the notes about his probationary sentence included in the court records, it was stated that York would be permitted to “live in Delaware with (his) mother” and was prohibited from having any contact with the victim in the case.

It was unclear from the records whether his probation had concluded or was still in effect as of Sunday.

In a story published by Delaware Online Monday, York’s mother said her son was “a good person” who had “a very troubled past.”

U.S. Capitol Police said Richard York III, 29, of Delaware is dead. Why he chose to drive to the Capitol Complex is still unclear.https://t.co/UACNQLsxh3

Politico cited a U.S. Capitol Police source in reporting that York died after he drove into a vehicle barricade, exited his car–which burst into flames–and began firing a handgun “indiscriminately” as he walked down E. Capitol Street, shortly after 4 a.m. Sunday.

As police officers approached York, he shot himself and died, per Politico’s reporting.

So far authorities have not discussed any possible motives for York’s behavior on Sunday, and Congress is currently on its summer recess.

The Washington Post reported late Monday that politics do not appear to be a motive in the incident, according to the investigation that is under way.

Security around the U.S. Capitol has been tighter ever since Jan. 6, 2021, when a mob made up of supporters of former U.S. President Donald Trump attacked the building as Congress was preparing to certify the results of the 2020 U.S. presidential election.

In recent days, U.S. law enforcement agencies have been on high alert following what may have been a politically-motivated attack by a man on the FBI office in Cincinnati, Ohio.