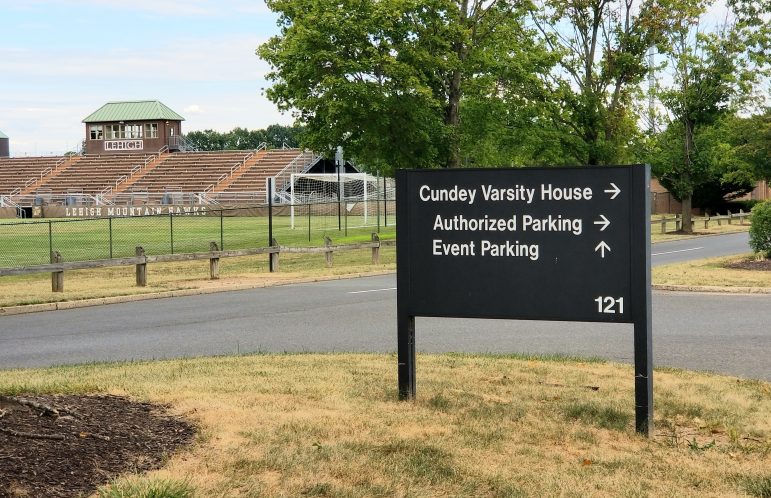 Lehigh has announced plans to expand its Goodman Campus Athletics Complex, which borders the Saucon Valley area. The school said an $8 million anonymous donation from the parents of a current student-athlete will pay for part of the project.

Lehigh University has announced an ambitious expansion and renovation plan for its Goodman Campus Athletics Complex, which it says will be partly funded with an $8 million anonymous gift from the parents of a current student-athlete.

The Goodman Campus occupies 500 acres in the city of Bethlehem, south of the school’s Main and Mountaintop campuses. Parts of the campus–including its main entrance along Mountain Drive South–border Lower Saucon Township, just west of Hellertown.

In an Aug. 16 news release about the expansion, the university said it will dovetail with an existing plan for an indoor field facility on Goodman Drive South near its varsity house.

“Together, these two projects will comprise an ambitious $30 million capital renovation and expansion of Goodman Campus that will transform the Lehigh Athletics experience,” the school said.

The $8 million gift will also pay for the renovation and expansion of the Cundey Varsity House, which Lehigh said “will offer a new hub for services and resources for athletes, creating efficiency and building camaraderie and community.”

Cundey Varsity House improvements will include an expanded sports medicine facility, an expanded strength training area, a high-tech pitching and hitting facility, a student-athlete nutrition lounge and new or improved locker room facilities for all of the Lehigh sports programs based on the Goodman Campus, the news release said.

“It’s evident that these donors have great appreciation for the work we are doing in Athletics,” said Lehigh president Joseph J. Helble in a statement. “They understand that by elevating our facilities and our capabilities, we can do an even better and more distinctive job in terms of developing our student-athletes. They also know that this investment will serve as a catalyst, inspiring others to invest in our plans for the future.”

The news release did not identify a timeline for beginning or completing the expansion of the varsity house or completing the entire $30 million capital renovation plan, but noted that it will be dependent upon additional fundraising.

“Other gifts have already been made to these projects, and this gift has already begun to inspire others to consider their support as well,” the university said. “Athletics is seeking a total of $30 million in philanthropic gifts from alumni and friends to bring the vision to fruition.”