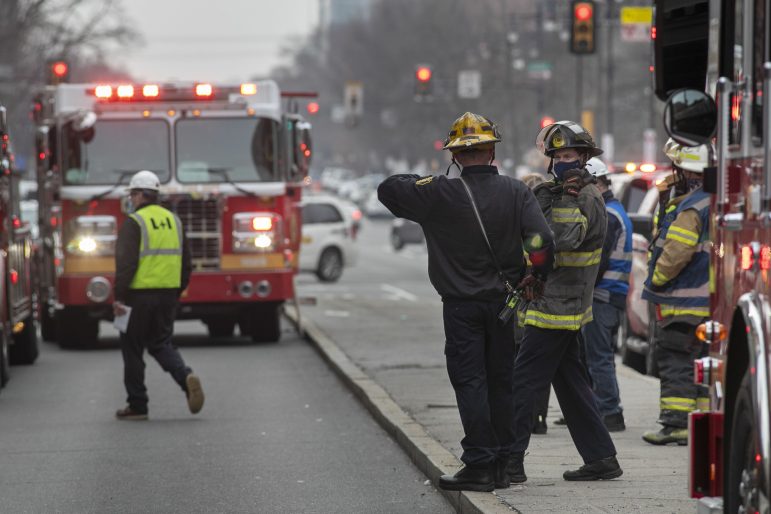 Five volunteer fire companies in Centre County are participating in a state study to determine how better collaboration among them might alleviate some cost and staffing challenges.

This story was produced by the State College regional bureau of Spotlight PA, an independent, nonpartisan newsroom dedicated to investigative and public-service journalism for Pennsylvania. Sign up for our regional newsletter, Talk of the Town.

BENNER TOWNSHIP — Volunteer fire companies face many common stressors in funding and staffing. Is there strength in numbers if some choose to tackle the issues together?

That’s a central question five fire companies in Centre County’s Nittany Valley Region are asking, as they plan on participating in an upcoming pro bono study by the state Department of Community and Economic Development.

The companies–Logan and Undine fire companies in Bellefonte, Pleasant Gap Fire Company, Howard Fire Company and Walker Township Fire Company–are run entirely by volunteers, like 90 percent of fire departments in Pennsylvania. That means they are independent organizations operating on their own, even though many receive taxpayer funding, and mutual aid agreements among companies are commonplace.

Over the past few decades, the business of volunteer fire companies has become harder to sustain. Volunteerism has declined, donations have grown less reliable and many traditional fundraising activities were paused during the first two years of the COVID-19 pandemic. More stringent requirements–like 180 hours of required training before being able to join fire and rescue missions–has deterred recruitment and retention.

To some, including Floyd Wise, who worked in fire and rescue services in Harrisburg and is now a consultant for the DCED’s Regional Fire Services Assistance Program, fire companies can solve those challenges through better collaboration among neighboring departments and by getting more support from local governments.

“Fire companies are one player in a big game,” Wise said in August, during a meeting with representatives from fire companies in the Nittany Valley Region.

A new fire truck these days can cost upward of a million dollars, Wise said, meaning most fire companies will need to budget years ahead to make such essential purchases.

Costs are “only going to get higher,” he added. Wise said local governments will likely have to take on some of those financial responsibilities soon, which could mean tax increases.

Fire companies must “deal with it collectively,” he said.

With the proposed study, fire companies will gather and submit current operational information, including call volume, response time, staffing and qualification, finances and conditions of equipment and facilities.

Wise will identify inefficiencies among each company and inconsistencies in policies governing them, and make recommendations for improvement.

Fire companies will ultimately decide whether to adopt any recommendations out of the study. Some representatives at the August meeting expressed interest in cost-saving measures like grouping purchases for discounts.

While representatives said the economy of scale is an appealing aspect of a collaborative relationship, fire companies are reluctant to consider the more drastic potentials of a “regionalization” plan, like mergers and consolidations, because of logistical issues and the threat to individual company identities.

Previous studies the DCED program has produced mostly focused on one municipality, and this case–involving Benner, Spring, Marion and Walker townships, as well as the Borough of Bellefonte–is unique, Wise said.

“Relationships of sharing,” he said, are going to be crucial for many fire companies, but success can also come from better understanding of what it takes to run volunteer fire companies successfully within the communities they serve.

SUPPORT THIS JOURNALISM and help us reinvigorate local news in north-central Pennsylvania at spotlightpa.org/statecollege. Spotlight PA is funded by foundations and readers like you who are committed to accountability and public-service journalism that gets results.