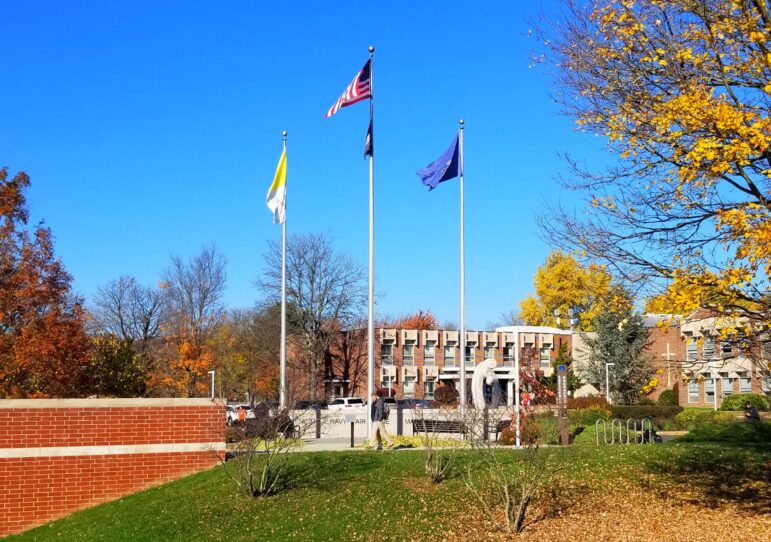 DeSales University will welcome special guests to campus for a Veterans Day ceremony, which will be held Friday, Nov. 11 at 11 a.m. at the school’s Veterans Memorial Plaza located between the DeSales University Center and Dooling Hall.

The event is open to the public.

Col. Nathan Hunsinger, a 1992 alumnus and former Steel Battalion ROTC student at DeSales, will speak at the ceremony, the Center Valley school said in a news release.

Having recently retired from the U.S. Army after 30 years of service, this will be Hunsinger’s first Veterans Day as a veteran, it noted.

Veteran/military liaison for Congresswoman Susan Wild’s office, Maureen Hickman Caporaso, will also speak at the gathering. A Gold Star Family Fellow, Hickman Caporaso’s father is U.S. Air Force Captain Vincent J. Hickman, who has been missing in action since his plane went down during a combat support mission in Vietnam in 1964.

Veterans from the Fleet Reserve Association will be presenting Gold Star Mother Ruth Harton of Bethlehem with a flag flown over the U.S. Capitol. Harton’s son, Army Cpl. Joshua Harton, was killed in action on Sept. 18, 2010 while serving in Afghanistan.

The Fleet Reserve Association is a nonprofit military and veterans organization that represents the interests of enlisted Navy, Coast Guard and Marine Corps veterans and active duty personnel in the United States.

A bugler from the Fleet Reserve Association will perform echo taps along with Gregory Seltzer, a DeSales student and veteran who played trumpet with the Marine Band while stationed in San Diego. The Southern Lehigh High School Band will perform the national anthem.

The ceremony will also feature a missing man table, and members of Vet 2 Vet Service Dogs will be on hand, the news release said.

The DeSales University campus is located at 2755 Station Ave., Center Valley. Visit the DeSales website to view a map of the campus.