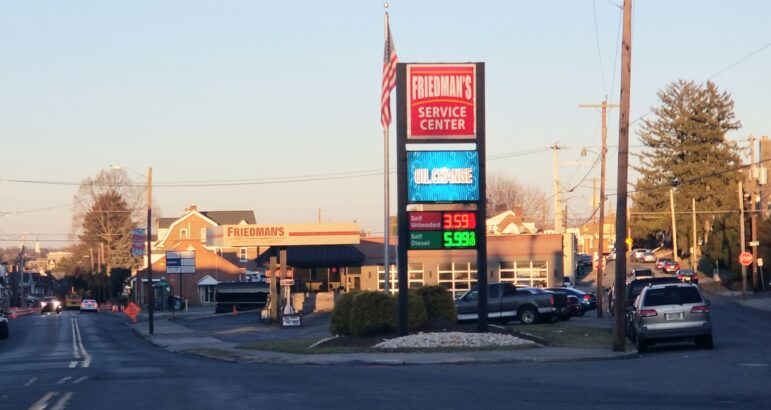 Pictured above, Friedman’s Service Center is a well-known Fountain Hill business in part due to its prominent location at the intersection of Broadway (at left) and Itaska Street. The 87-year-0ld, family-owned business’s oft-updated electronic sign is also a familiar sight, displaying the time and temperature as well as community announcements throughout the year.

One of the oldest family-owned businesses in Fountain Hill will soon be closing its doors, according to an announcement by the owner that was shared in the public Facebook group “You Know You’re From Fountain Hill” over the weekend.

Friedman’s Service Center at 1002 Broadway is closing its doors due to owner Bruce Friedman’s retirement, and will close in two phases over the next six weeks, the post said.

Auto repair work will cease on Jan. 31 and gasoline sales will end on Feb. 25, Friedman said in the statement, which was shared by Fountain Hill historian Karol Strelecki.

“(Friedman’s) has graced the triangle at Broadway and Clewell streets and served citizens of the Hill and South Bethlehem for 87 years,” Strelecki wrote, and since 1936 “it has undergone many changes that reflected advances in automotive development and care.”

One change–documented in a vintage photo of Friedman’s Strelecki shared–was the transition from a Texaco station to a gas station that is unaffiliated with any major brand.

“Not only will Fountain Hill lose another iconic business venture, but the borough will lose the contact with a family that was one of the greatest supporters of of the activities and development of the community,” he said. “No present or future venture is likely to match the record of Friedman’s Service Center.”

In dozens of comments on Strelecki’s post, both current and former Fountain Hill residents–many of whom are also longtime Friedman’s customers–have been fondly reminiscing about the service station and its legacy in their small community.

“I remember going to Friedman’s as a child,” commented Deborah Spadaccia. “I wish Bruce much happiness and good health in his much needed retirement years.”

Mary Beth Makoski wrote that “Friedman’s will always be a happy memory from my childhood: the much-loved lemon or lime lollipops given to me when my Daddy got gas there. I don’t remember him buying gas anywhere else in Fountain Hill!”

With the draining of the pumps at Friedman’s in February, Fountain Hill will no longer have a gas station–at least temporarily–although there are several other stations nearby, including Daisy Hill Market in Salisbury Township and Speedway in Bethlehem.

It remains to be seen what will become of the pumps and the current service center building, which was constructed in 1958, according to Lehigh County property records. 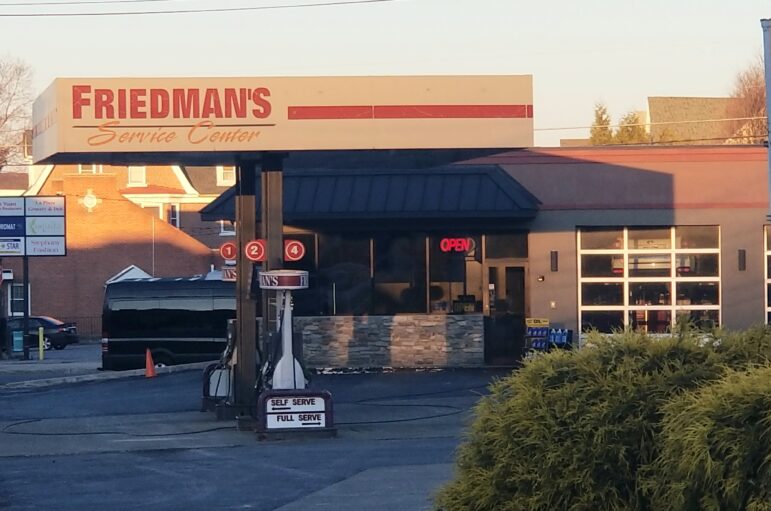 Friedman’s Service Center at 1002 Broadway in Fountain Hill will close in two upcoming phases due to its owner’s retirement. 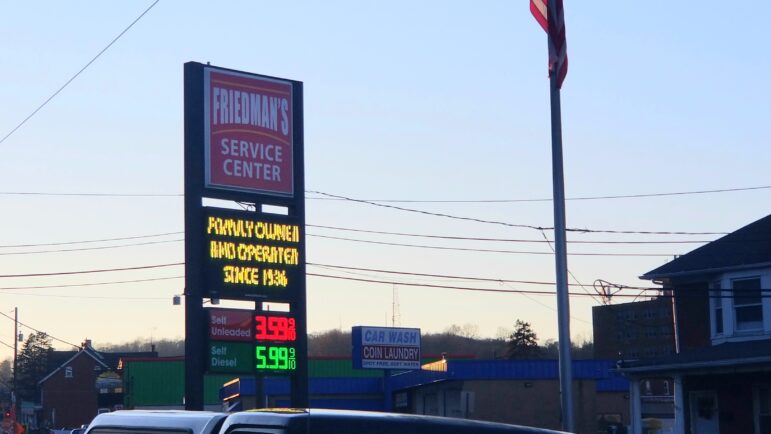 The electronic sign outside Friedman’s Service Center in Fountain Hill notes that the business has been “family owned and operated since 1936.” Owner Bruce Friedman has just announced that after 87 years, the landmark business is closing. 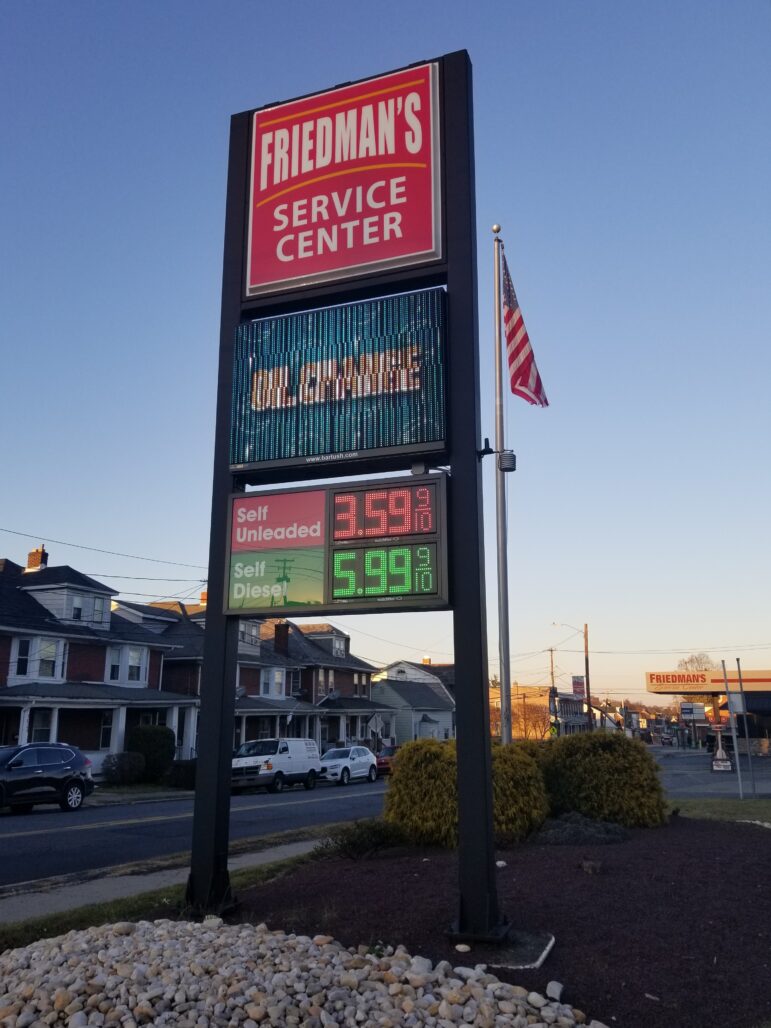 The electronic sign at Friedman’s Service Center in Fountain Hill is read by thousands of passers-by daily. It remains to be seen if another business will open at the same location and–if so–utilize the sign as enthusiastically as Friedman’s has.