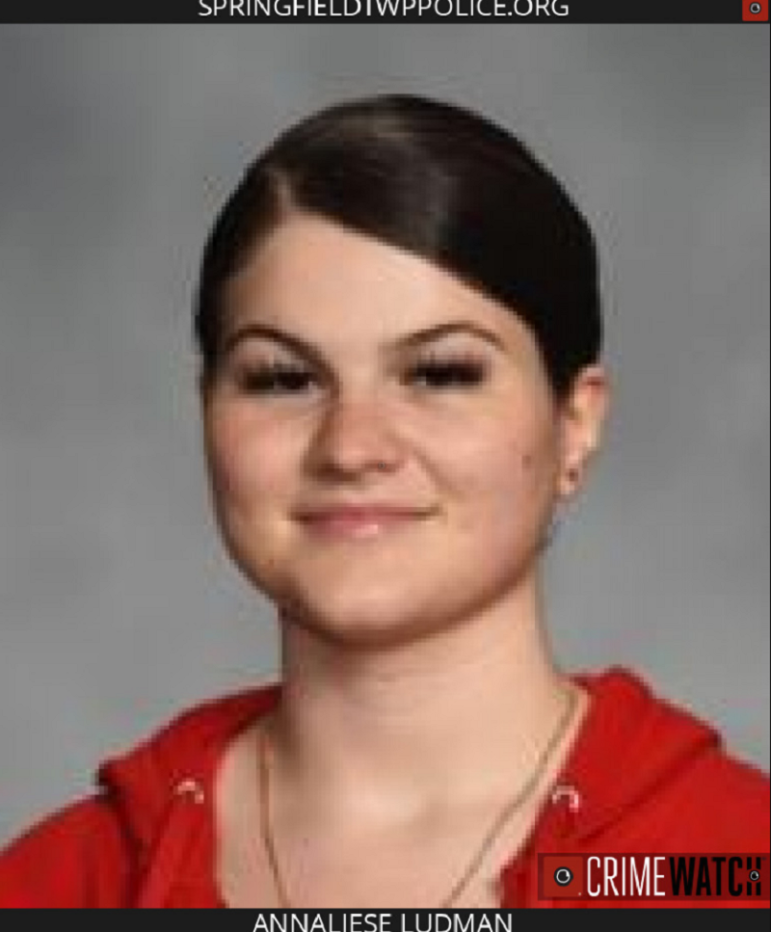 Springfield Township Police said Tuesday they are seeking the whereabouts of a 16-year-old girl who was last seen a day earlier.

In a post on the department’s Crimewatch site police said Annaliese Ludman was last seen Monday in the 3400 block of Woodbyne Road getting into a silver sedan with Virginia license plates.

Police said the sedan was most likely a 2013-2020 Ford Fusion and that “it is possible that Ludman is with an unknown male subject she met online.” They also shared a photo of a similar-looking vehicle in their post.

Anyone with information about Ludman and/or the man she was reportedly talking with via social media is being asked to contact the Springfield Township Police Department immediately at 215-328-8523 or to respond with a tip through CrimeWatch.