It’s a day filled with picnics, family and the often regretful, unofficial conclusion of summer.

However, the day is so much more. 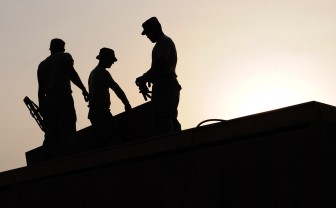 Labor Day is celebrated on the first Monday of September every year. It’s a day dedicated to the social and economic struggles and achievements of the American worker.

The first Labor Day parade was held Sept. 5, 1882 in New York City to celebrate trade and labor organizations, as well as host a festival for the families of workers.

According to historical records, arguments and opposing viewpoints exist as to who created the holiday. One camp believes Peter J. McGuire of the American Federation of Labor is responsible, while another camp believes it was Matthew Maguire who suggested the day while serving as secretary of the Central Labor Union of New York.

Regardless of who its official founder may be, the day is, in many ways, reflective of America’s strength, resilience and ethos of hard work and perseverance.

According to the Bureau of Labor Statistics, 14.6 million wage and salary workers in the U.S. belonged to unions in 2014, or 11.1 percent–down .2 percentage points from 2013.

While the prevalence of union membership may be waning in the U.S., union groups undoubtedly still contribute to the overall well being of the worker and the nation.

Unions serve as the bulwark between the company and the worker, with an ultimate goal of ensuring worker rights, income, health and safety are protected and preserved.

Historically, we can see the import of worker activism and unions in the Haymarket Square Riot of 1886 and the Pullman Strike of 1894, both in Chicago, as well as the 1892 Homestead Strike in Pennsylvania.

Whatever your feelings and views on the teacher and union requests and demands may be, as well as the Saucon Valley School Board’s interactions with the teachers, the union makes it possible for the voices and interests of a large group of workers to be heard and protected.

“And what have our unions done? What do they aim to do? To improve the standard of life, to uproot ignorance and foster education, to instill character, manhood and independent spirit among our people; to bring about a recognition of the interdependence of man upon his fellow man. We aim to establish a normal workday, to take the children from the factory and workshop and give them the opportunity of the school and the playground. In a word, our unions strive to lighten toil, educate their members, make their homes more cheerful and in every way contribute an earnest effort toward making life the better worth living,” Samuel Gompers, founder of the American Federation of Labor, said.

Americans by and far are hard working and creative creatures who are driven by an enduring idealism and pragmatism to assist their fellow human and positively change society.

The Labor Day holiday certainly embraces the countless contributions, durability and tenacity of the American worker.

On this Labor Day, take a moment or two to be grateful for the struggles and accomplishments of the labor movement, its history and the invaluable role the American worker plays in the nation and your community.

Bethlehem resident Mark Reccek began reporting back in 2010. He currently serves as a distressed debt reporter for Prospect News, an online publisher of stock market and financial news. He also serves as a web reporter for WFMZ and the Lehigh Valley Press weekly newspapers. A native of the Lehigh Valley, Mark graduated from Lehigh University with a bachelor’s and master’s degree in political science. He also holds a law degree from the University of Detroit Mercy School of Law. He is a veteran of the United States Marine Corps, having served active duty from 1996-2000.