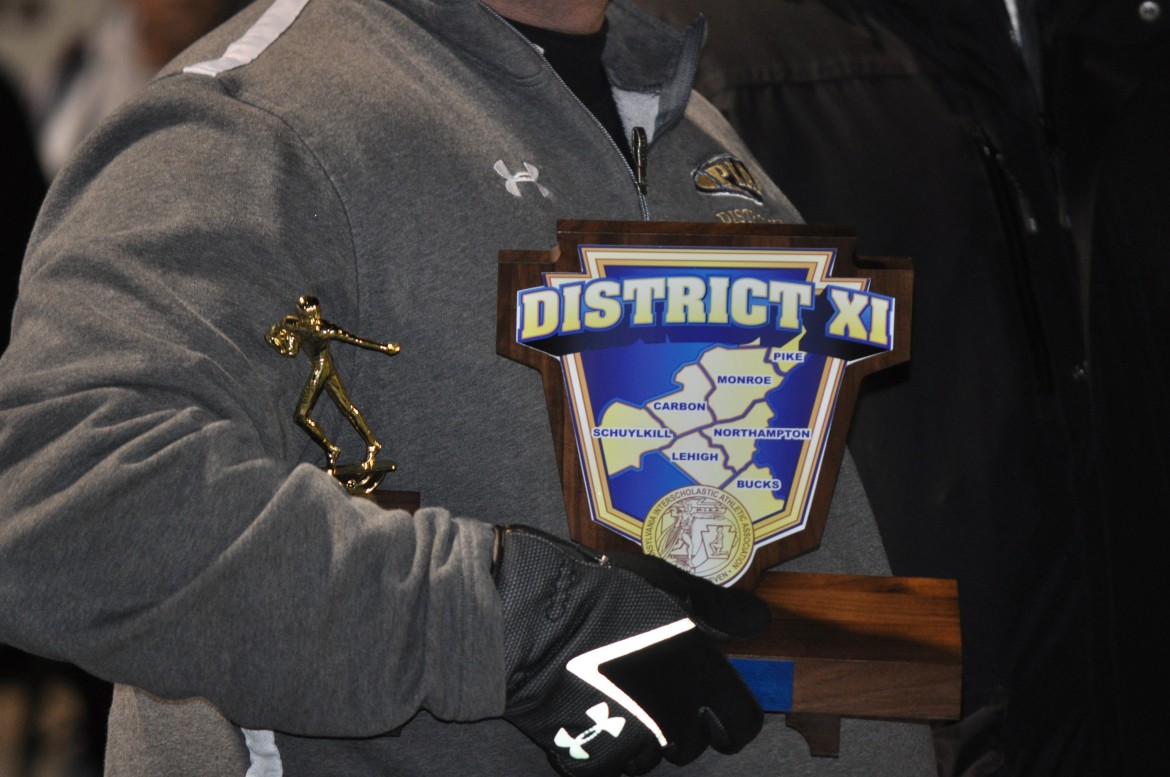 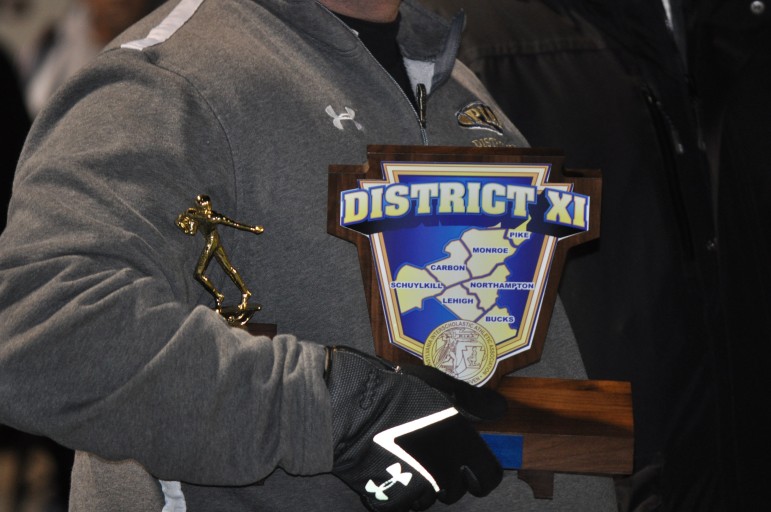 2004 was the last time Saucon Valley football claimed District XI gold. Until Saturday that is. Saturday night, the 2015 Panthers travelled to the home turf of the previously undefeated Lehighton Indians and convincingly demonstrated to the Pennsylvania football community that there is no question who are the deserving 2015 District XI champions. Saucon Valley walloped the Indians 56-20 on their way to claiming District gold.

After the Panther defense stopped the Indians on the opening drive of the ball game, it took only two touches for Evan Culver to find the end zone. It was an incredible run that started as a “toss-sweep” to the right but ended with Culver cutting back hard to his left and racing the distance for the game’s first score. It was the first of five touchdowns for Culver and the first of many “toss-sweeps” on the night. Panther kicker, Josh Snead, added the extra point for an early 7-0 lead. Snead would end the night perfectly, converting all eight of his extra points.

The Panther defense would again stiffen to prevent the Indians from gaining a first down on a 4th and 1 at midfield. Saucon’s offense would forge an 8-play drive that ended with another “toss-sweep” to the right. This time Culver scored from eight yards out to take a two touchdown lead.

Saucon Valley would kick and the Indians started their next possession at their own 31-yard line. On 1st down, Lehighton tried a quick screen-pass into the Panther boundary. Mike Paolini was the wiser, though. “Big Mike” sniffed out the play, intercepted the Indian pass in full stride and did not stop until he crossed the goal line. Early in the 2nd Quarter, the Panthers had a 21-0 lead.

The Indians would get on the scoreboard late in the quarter courtesy of a 27-yard touchdown pass from quarterback Tyler Cann to wide receiver Tegan Durishin with just over four minutes remaining in the first half. Lehighton seemed to have stopped the bleeding and was looking forward to changing the pace of the game.

However, the Panthers would have the last word of the half as they crafted a 12-play drive that kept momentum on their side with a short touchdown plunge by Evan Culver. Culver’s score was set up by the previous play by a Thatcher to Mike Kane strike that took the Panthers down to the two yard line. The halftime score stood at 28-7.

The Panthers wasted little time adding more points in the 3rd Quarter. It took only three plays for Culver to score his fourth touchdown of the night. Once again Culver and the Panthers attacked the right side and cut back hard to his left to find the end zone. The 31-yard scamper extended the Panther lead 35-7.

The Panther defense would again bend but not break, getting the ball back for the offense. The Panther offense did not disappoint, marching seven plays to finish with yet another “toss-sweep” to the right side for Culver’s fifth and final touchdown of the night. Culver’s score and Snead’s kick made it 42-7. The 35-point differential started the mercy-rule clock with 4:30 remaining in the 3rd Quarter.

The Panthers’ Nate Kehs and Stephen Rose added touchdowns for Saucon Valley while Wyatt Clements and Mike Mayernik would each score for the Indians. At the final buzzer it was a 56-20 Panther victory.

Following the Hogs and utilizing key “Toss” blocks by Mike Kane and Mike Paolini, Saucon Valley tallied 440 yards of total offense while their defense limited a potent Indian attack to only 278. Lehighton’s Wyatt Clements was not stopped but kept in check with 18 rushes for 98 yards. Many of those yards came in the waning minutes of the game against the Panther JV squad. It was another impressive Panther performance on both sides of the ball.

As usual, Evan Culver had a fantastic game. He finished the night with 19 carries for 203 yards and 5 TDs. For the season he has 231 carries for an amazing 2,328 yards and an even more amazing 39 TDs. Quarterback Zach Thatcher had a quietly productive night, rushing for 58 yards and passing for 41 more. Thatcher now has 1,014 passing yards to his credit for this season. He also has a very respectable 890 rushing. 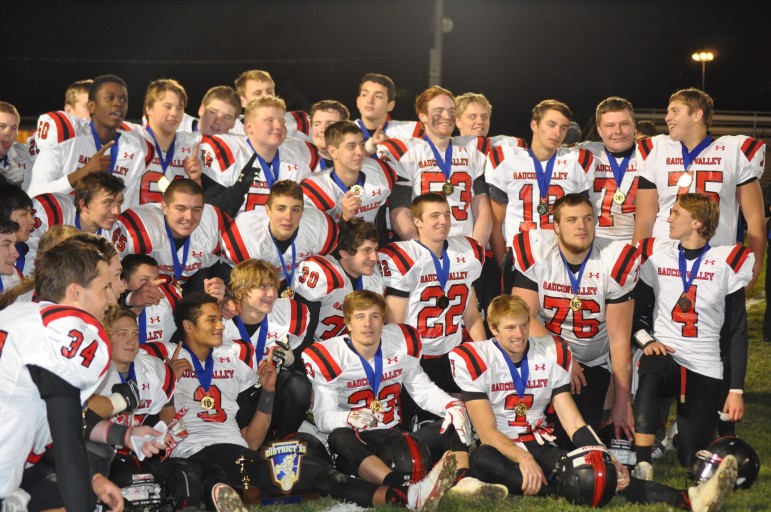 Lehighton is now the past and the 2015 District XI Championship forever a sweet memory. The Panthers must next direct 100 percent of their focus even farther north to Scranton Prep for the first round of the PIAA State tournament.

Over the weekend Prep was a 37-7 winner over Berwick in the District II final. It will be a “Black Friday” 7 p.m. kickoff at Valley View Football Stadium in Peckville, PA. It will be a crazy week, but these determined Panthers will do their best to make it another magical night.

Good Luck, Panthers. The Source is with you!