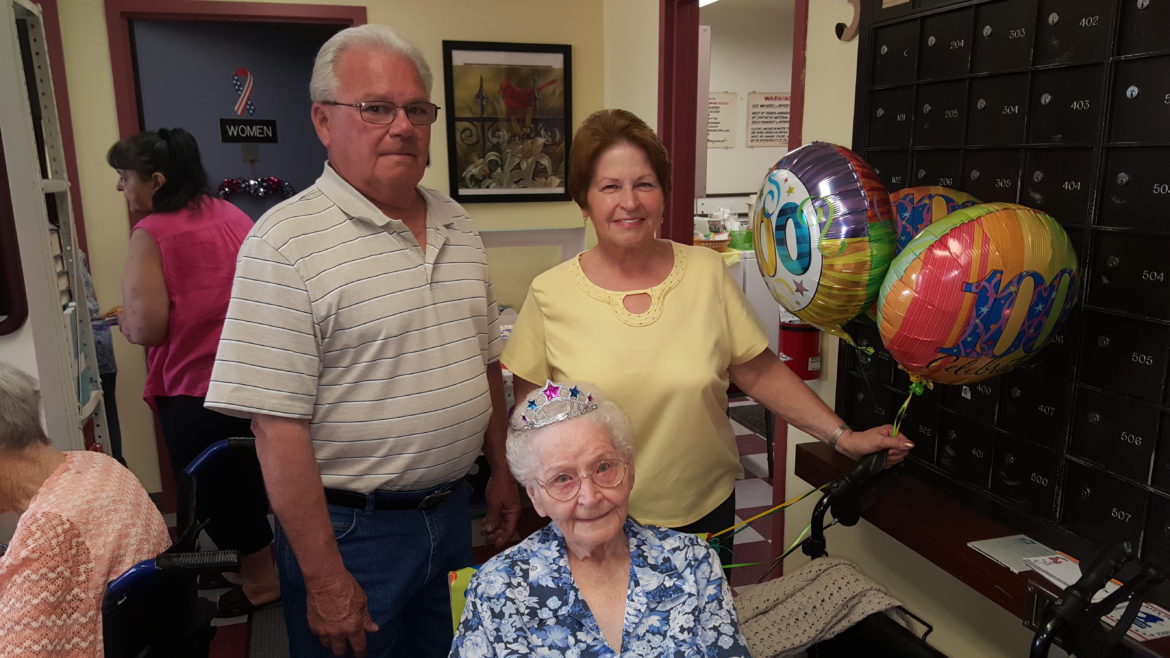 Edith Muldowney of Saucon Manor, Hellertown, was joined by her son Larry and her daughter Doris Moser at a surprise birthday party the other residents of the senior high-rise threw for her Thursday. 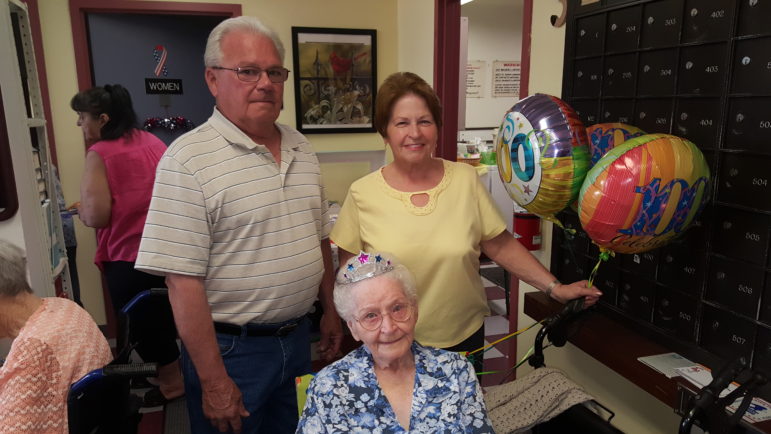 Edith Muldowney of Saucon Manor, Hellertown, was joined by her son Larry and her daughter Doris Moser at a surprise birthday party the other residents of the senior high-rise threw for her Thursday.

When Edith Muldowney was born in Hellertown on May 30, 1916, Woodrow Wilson was president, the sinking of the Titanic was a fairly recent memory and women hadn’t yet earned the right to vote. Prohibition, the Great Depression, World Wars I and II, the Cold War, the invention of television, the Space Age and the dawning of the Internet Age would all follow. And Muldowney would be a witness to those events of a century as a Hellertown High School student, a wife (and widow), a mother of two, a grandmother of six and great-grandmother to 10.

Several of Muldowney’s family members were on hand Thursday for a surprise 100th birthday party for her at Saucon Manor–where she lives–including her son, Larry, her daughter Doris Moser, and her granddaughter Brenda Amelio.

Most of the other residents of the senior high-rise assembled in its community room at 4 o’clock to celebrate with Muldowney, who’s lived in the building since 1979 as one of the original tenants.

Muldowney appeared overwhelmed by all the attention at times, but grateful for the meticulously planned party and outpouring of love from her longtime friends and neighbors, who even presented her with a bouquet made of “money flowers.”

A buffet, balloons, a sheet cake and the singing of “Happy Birthday” were party highlights.

Larry Muldowney said his mother is in good health and still “sharp as a tack,” balancing her own checkbook each month “to the penny” and remaining semi-independent with the help of a walker.

Edith had to be strong-willed as a single mother to him and his sister after their father died of a heart attack at age 38, he said. At the time he was seven, and his sister was just two years old.

Edith Muldowney worked as a laundress in Bethlehem for many years to support her family.

When asked what her secret to long life is, Muldowney was at a bit of a loss.

“I don’t know what I’m here for,” she said with a soft smile and a twinkle in her eye.

Regardless, her continued good health and sharp mind were an inspiration to all who were there to celebrate with her.

Happy birthday, Edith, from your friends at Saucon Source! 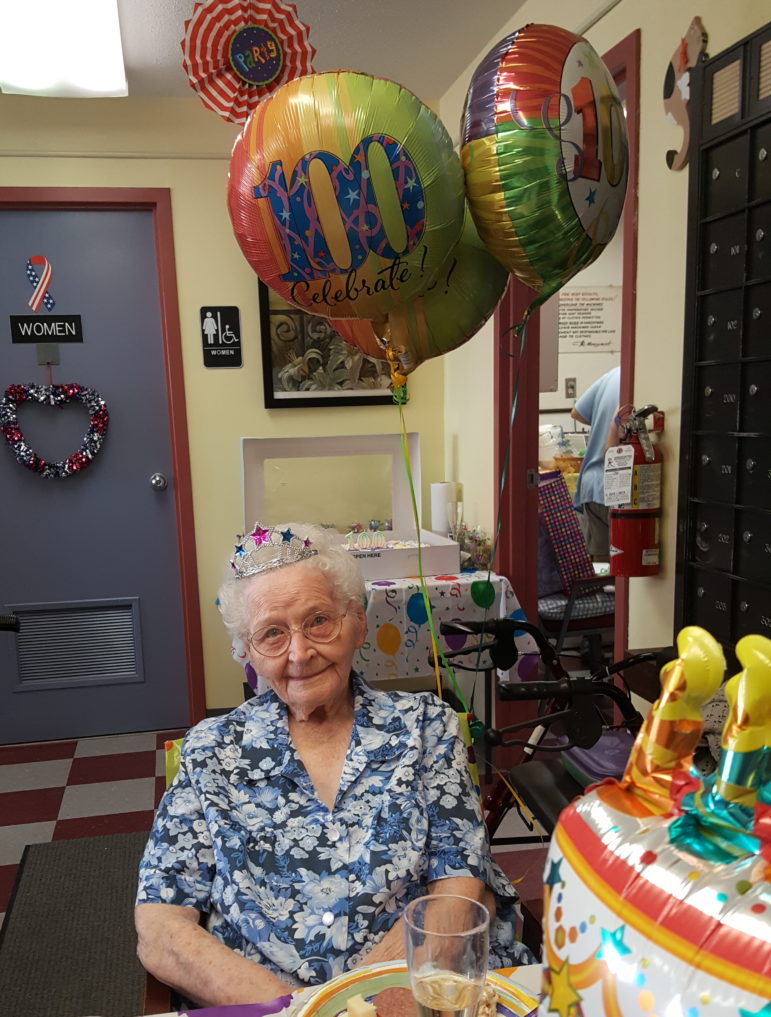 Centenarian Edith Muldowney was “Queen for a Day” at a surprise 100th birthday party held for her at Saucon Manor in Hellertown Thursday. 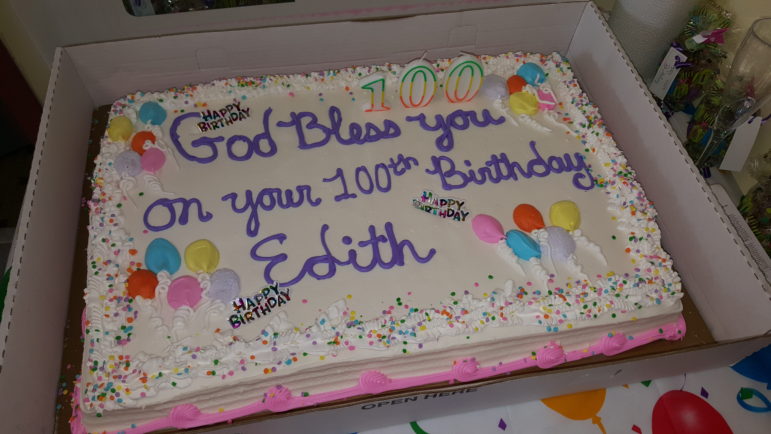 A full-size sheet cake was presented to Hellertown resident Edith Muldowney, who blew out the candles on it herself.