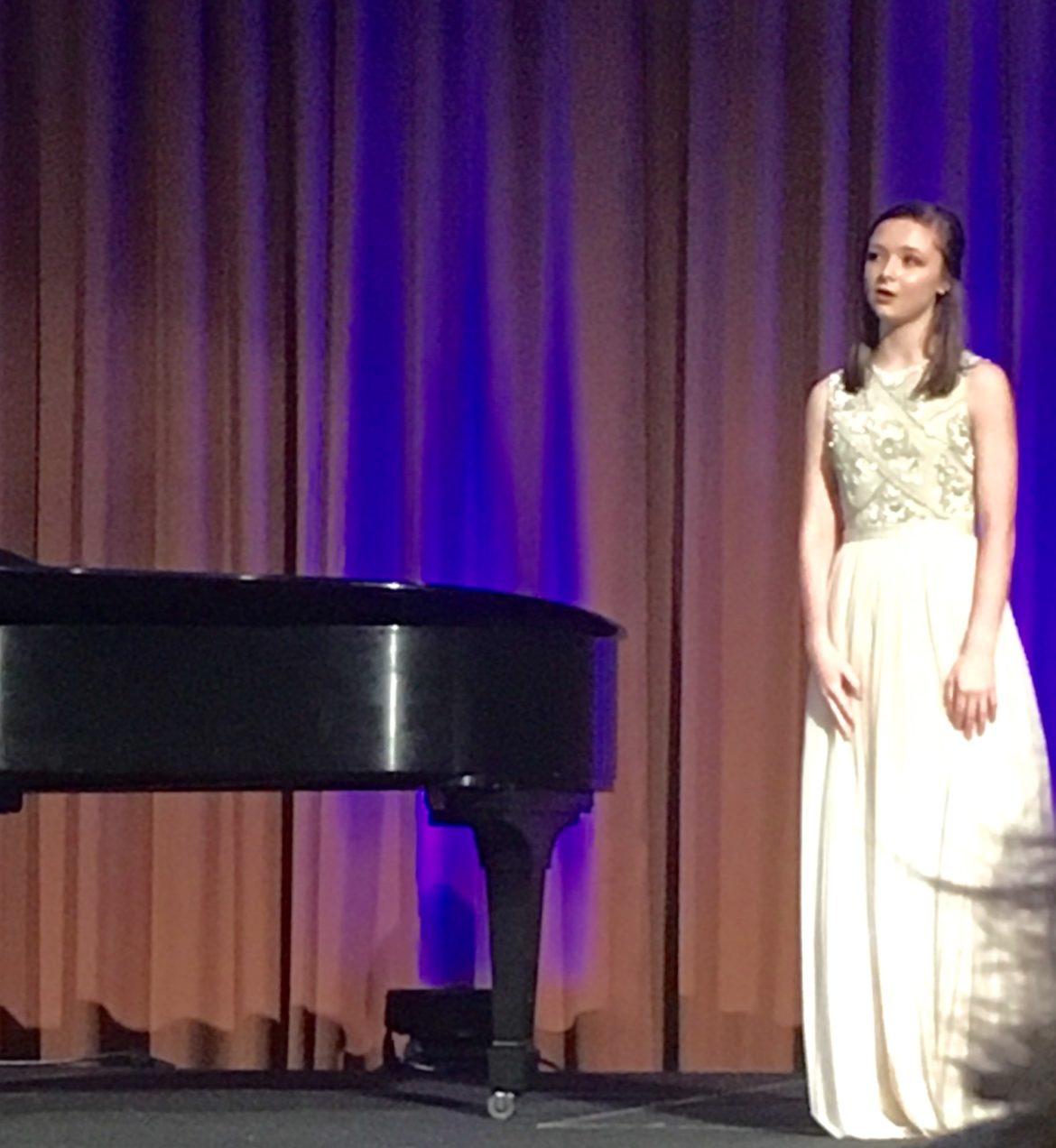 Meghan Altemose performs in the final musical theatre concert in Boston on Saturday, May 28, 2016. 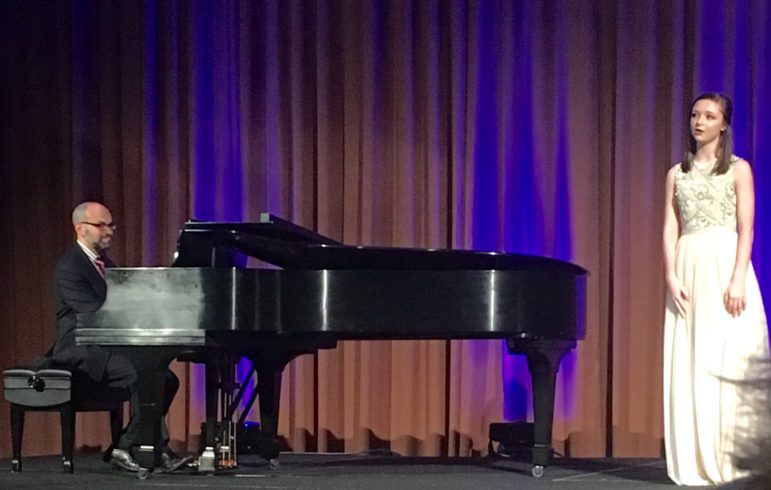 Meghan Altemose performs in the final musical theatre concert in Boston on Saturday, May 28, 2016.

Meghan Altemose of Lower Saucon Township, a sophomore at Saucon Valley High School, has been recognized as a National Finalist in the Classical Singers Competition, Musical Theatre High School division.

The national competition culminated in a convention held May 26-29 in Boston, Mass., where Altemose sang in the final concert with seven other high school students after progressing through three rounds of competition.

Altemose sang “Simple Little Things” from the musical 110 In The Shade for the final concert.

She was awarded a four-week summer intensive scholarship as well as national finalist designation in the high school division.

Note: This news release about a Saucon Valley High School student was contributed.