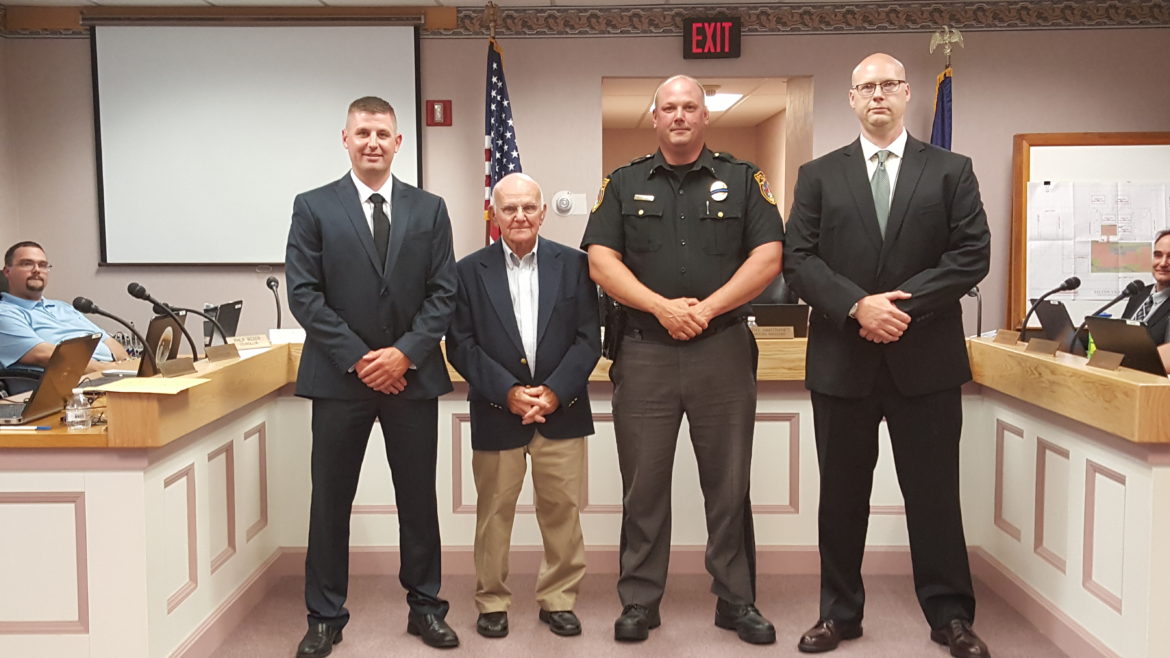 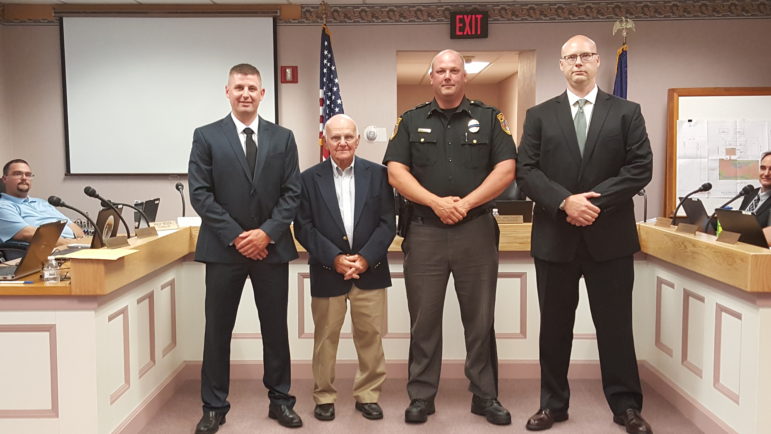 One part-time Hellertown police officer was promoted to full-time and another was hired as a part-timer at borough council’s meeting Monday night.

Ofc. Christopher Pfancook was appointed to fill a full-time position, and Jacob Fouts was sworn in as a part-time officer at the start of the meeting.

Hellertown mayor Richard Fluck administered an oath to both men during a swearing in ceremony, which was attended by family members and other Hellertown officers who filled the meeting room. 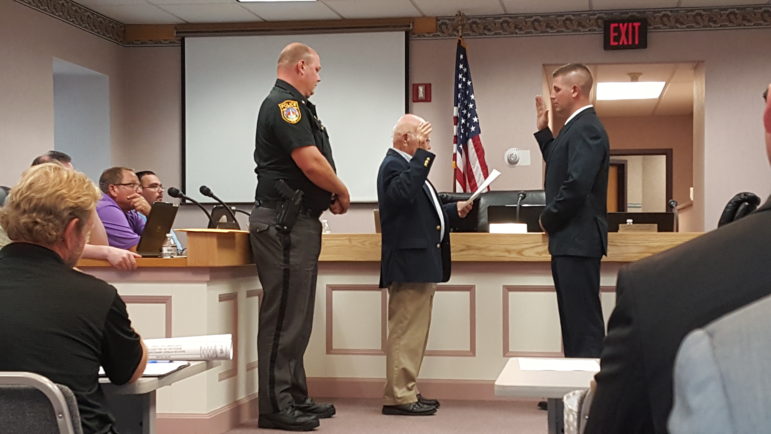 Hellertown Mayor Richard Fluck administers the oath to Ofc. Christopher Pfancook, who was promoted to full-time in the Hellertown Police Department, as Police Chief Robert Shupp looks on. 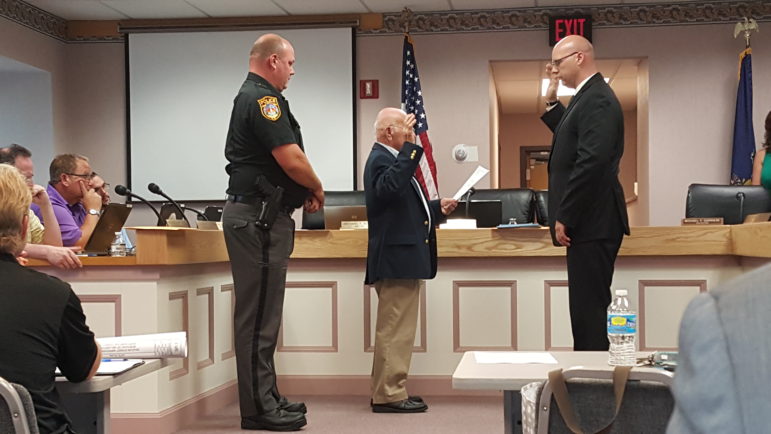 Jacob Fouts is administered an oath by Hellertown Mayor Richard Fluck upon his appointment as a part-time officer with the Hellertown Police Department. At left is Police Chief Robert Shupp.