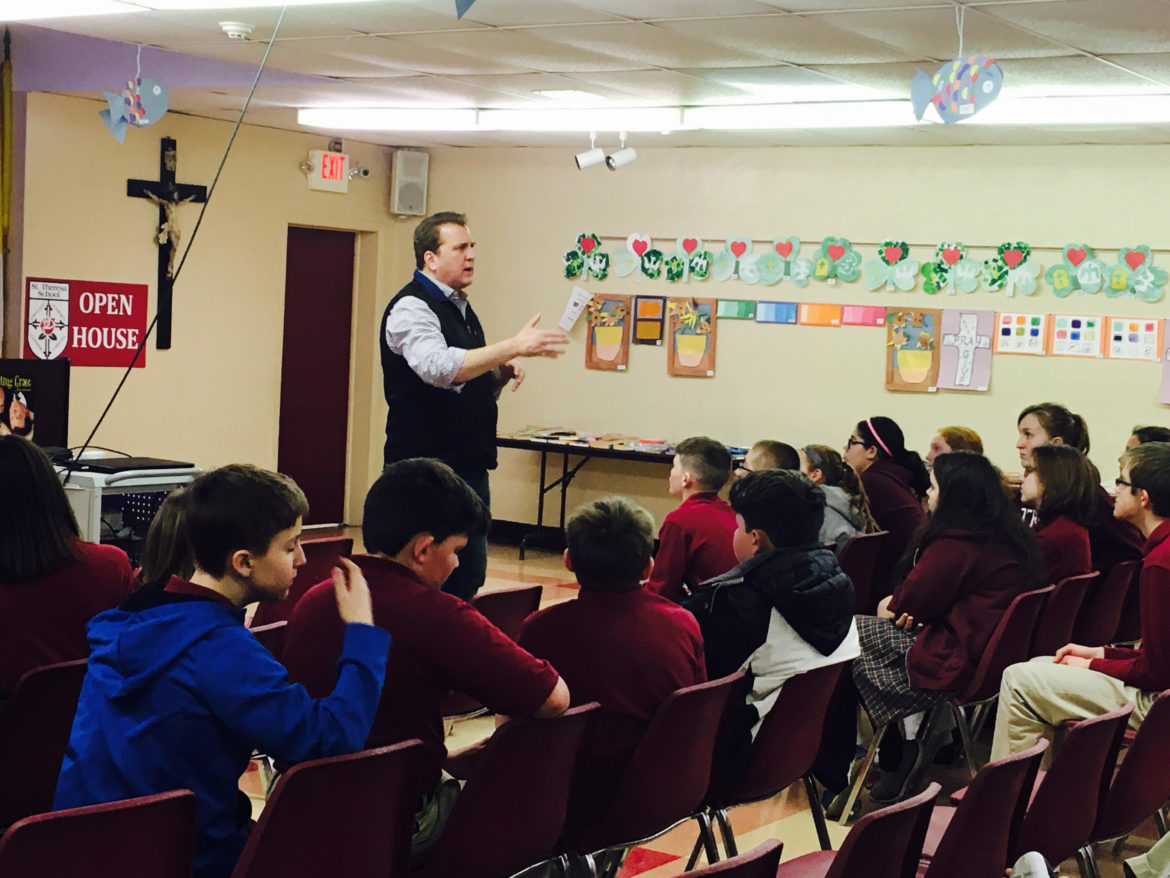 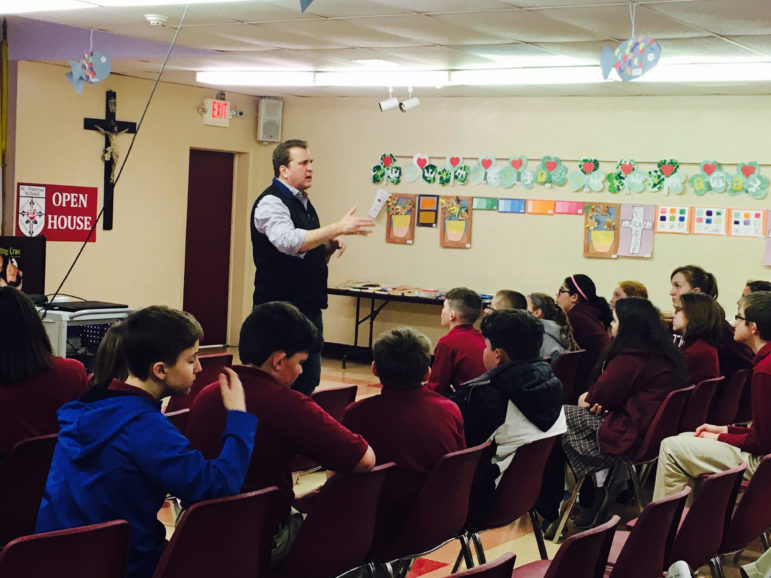 An acclaimed Hollywood actor took time out of his busy schedule Tuesday to visit students at an assembly at St. Theresa School in Hellertown, where he talked about everything from his latest film to his own local Catholic education.

A graduate of St. Anne School in Bethlehem and Bethlehem Catholic High School, Daniel Roebuck’s ties to the Lehigh Valley and openness about his faith are well-known.

“It’s all a miracle,” he said of his success as an actor, which has included starring in hit TV shows such as CSI: New York, Matlock and Lost over the course of a career that has spanned decades.

Roebuck, 55, most recently directed, co-wrote, produced and acted in the independent film “Getting Grace.” He also told fifth through eighth grade students at St. Theresa’s it’s OK to be independent, if that means being true to themselves.

“I never worried about fitting in,” he said. “Who I am now is someone I’ve always been.” 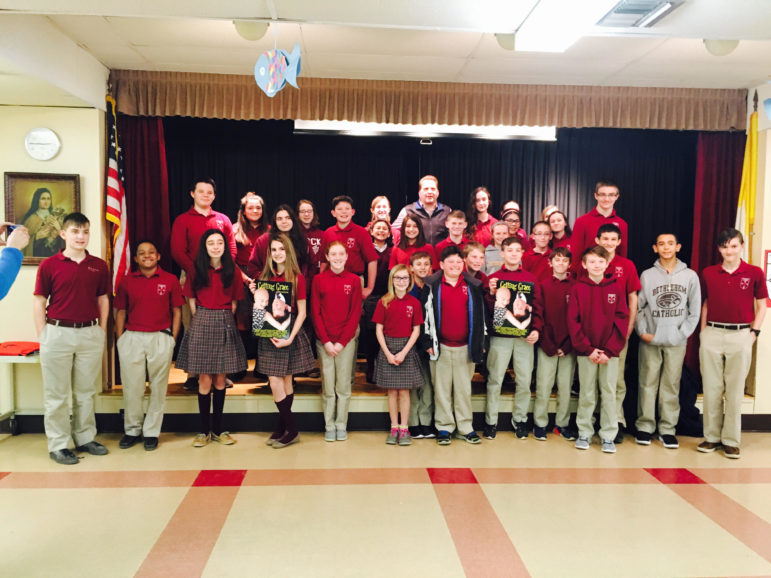 However, when it comes to acting he can be a chameleon, changing himself to suit whatever role he is playing, such as the part of an awkward funeral director in ‘Grace.’

“I try to change myself as often as I can,” Roebuck told students, before showing the assembly an actor’s reel that featured snippets from many of his small and large-screen performances.

Roebuck, who was warm and gregarious throughout the assembly, also took time to ask students why their faith is important to them.

And he encouraged them to be the best that they can be in life.

“You have to try harder all the time,” he said.

Roebuck was introduced at the assembly by St. Theresa School principal Diana Tice.

About the School: St. Theresa School is celebrating its 78th anniversary of providing a Catholic-centered education for pre-kindergarten through eighth grades consistent with the educational mission of the Church. The school emphasizes learning basic skills through a blend of traditional and current creative teaching methods and the use of technology. A caring faculty, supportive parents and parishioners foster the spiritual, intellectual and emotional growth of the whole child. 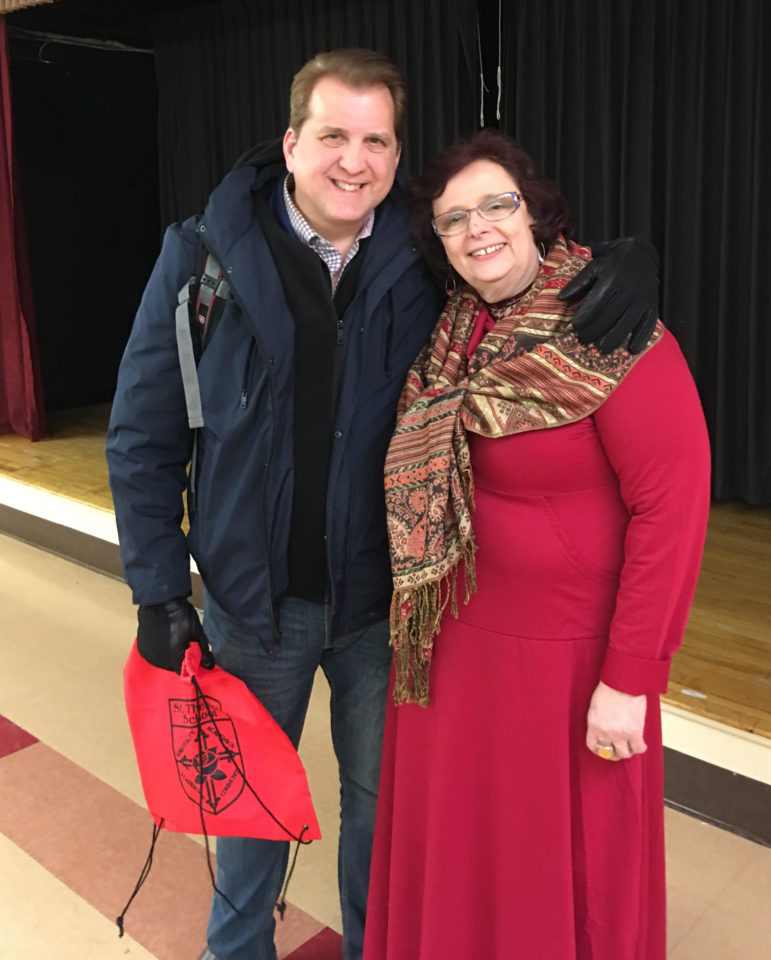