The Lower Saucon Township Police Department announced on its Crimewatch website this week that it will join Pennsylvania State Police and more than 200 other municipal agencies to conduct a targeted aggressive driving enforcement wave from Oct. 22 to Nov. 25, 2018, as well as a separate teen seat belt enforcement effort beginning the same day.

“As part of the Aggressive Driving Enforcement and Education Project, the first wave will aim to reduce the number of aggressive driving-related crashes, injuries and deaths on roadways throughout the state,” the news release said. “Any aggressive driver stopped by police will receive a ticket.” 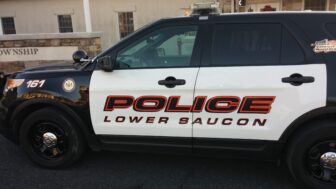 Motorists exhibiting other unsafe behaviors such as driving too fast for conditions, following too closely or other aggressive actions will also be cited, police said.

Municipal police agencies that participated in last year’s campaign wrote 41,661 citations, including 27,017 for speeding, 1,203 for occupant protection violations and 2,493 for red light violations. They also made 137 impaired driving arrests, according to the news release.

The aggressive driving enforcement is part of Pennsylvania’s Aggressive Driving Enforcement and Education Project and is funded by PennDOT and the National Highway Traffic Safety Administration (NHTSA). For more information, visit  penndot.gov/safety.

Enforcement activities will be conducted at the Saucon Valley School District Campus and on surrounding roadways, police said.

The enforcement, coupled with educational outreach efforts, aims to increase teen seat belt use and raise awareness of the state law that requires all vehicle occupants under 18 years old to wear a seat belt. Drivers and front-seat passengers over 18 years old who are cited for another traffic violation will receive a second ticket if they’re unbuckled.