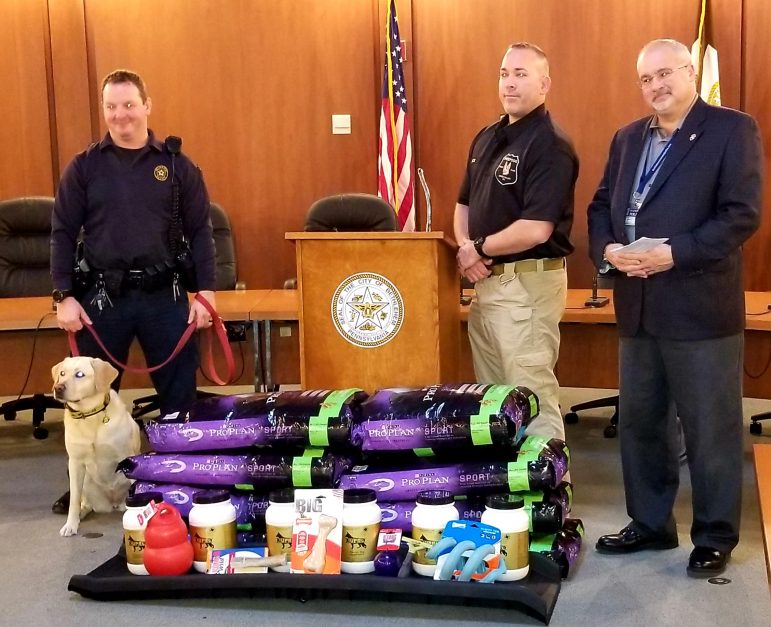 What does smoking cigars have to do with raising money to help local police K-9 units? It turns out that here in the Lehigh Valley they have a whole lot to do with one another.

That’s thanks to Sheepdog Cigar Club Inc., a recently-formed social club for first responders including police, fire, EMS and dispatch, as well as corrections officers and members of the military (active duty, retired or honorably discharged).

Sheepdog Cigar Club is unique because it is also a 501(c)3 nonprofit organization whose members raise money by making modest cash donations every time they attend a meetup, which is known as a “Sheepdog Social.”

Those socials are held three times monthly “for cigars, fundraising and fun,” according to Hellertown resident and corrections officer Brian Peck.

Peck founded the club earlier this year and as president oversaw its latest donation drive that benefited the Bethlehem Police Department on Monday, when BPD Accelerant Detection K-9 Silver–a 2-year-old yellow Labrador retriever who even has her own Instagram and Facebook accounts–and her handler Detective/Dep. Fire Marshal Doug Nothstein were presented with a year’s worth of dry food, supplements, toys and a K-9 vehicle ramp during a brief ceremony at the Town Hall Rotunda on Church Street.

The K-9 ramp will be used to help Silver protect her joints from injury when jumping in and out of the police vehicle she rides in, thus helping to prolong her service life. 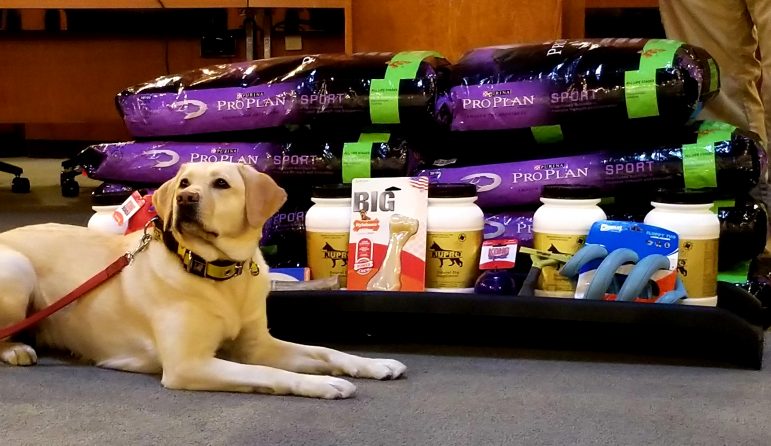 Silver sits contentedly next to the donated pile of food and toys, which she could tell was for her.

The food, Peck said, will help to supplement whatever is paid for by the city, and help ensure that Nothstein doesn’t have to pay for dog food and supplies himself.

Part of the mission of the Sheepdog Cigar Club is to support K-9s, who “with unmatched loyalty, fearlessness and eagerness to serve…are the true Sheepdogs of our community,” a brochure about the club states.

Bethlehem Police Chief Mark DiLuzio was on hand for the presentation and thanked Peck and Sheepdog Cigar Club for their generosity, which Peck said he plans to continue as funds are raised at the socials, through new-member initiation fees and by soliciting private donations and corporate sponsorships.

The club currently has about 30 members from Pennsylvania and New Jersey who meet monthly at Famous Smoke Shop in Easton, To’Makao Fine Cigars in Bethlehem and G&E Brick & Barrel in Allentown.

The members are also responsible for collecting cigars which are donated to Operation: Cigars for Warriors, a charity that sends cigars to U.S. active-duty combat troops who are serving overseas.

Previous to Monday, Sheepdog Cigar Club in October donated $1,100 its members raised to the Bethlehem Township Police Department’s New K-9 fund, which was begun after the department’s previous K-9 died.

“Because of the support of people like Mr. Brian Peck, his family and the ‘Sheepdog Cigar Club,’ police dogs like Silver and others will continue to provide their specialized services in the communities they serve,” DiLuzio said in a news release about the donation. “On behalf of the Bethlehem Police Department, Silver and K-9 handler Doug Nothstein, thank you for your support and donation.”

To learn more about Sheepdog Cigar Club, apply to be a member and/or learn how to make a donation in support of their charitable endeavors, visit SheepdogCigarClub.org, email SheepdogCC@gmail.com or call 610-234-2381. You can also visit their Facebook page.

All contributions are tax-deductible, and donations can be made via the website or PayPal. 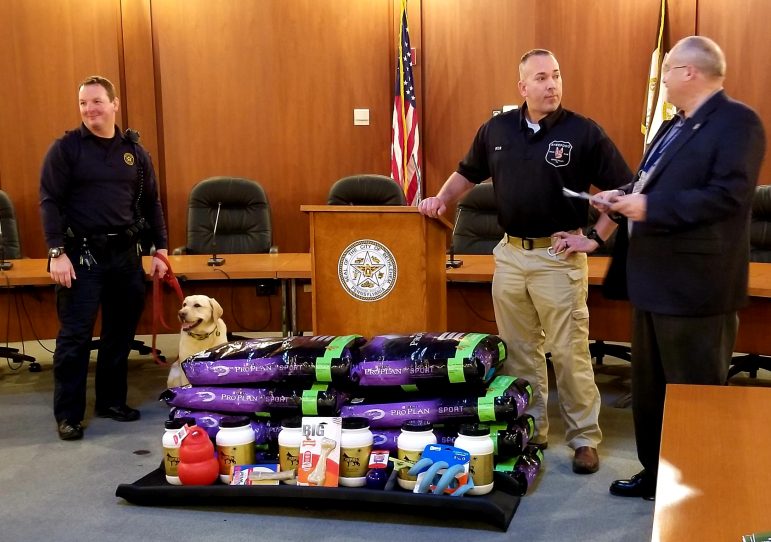