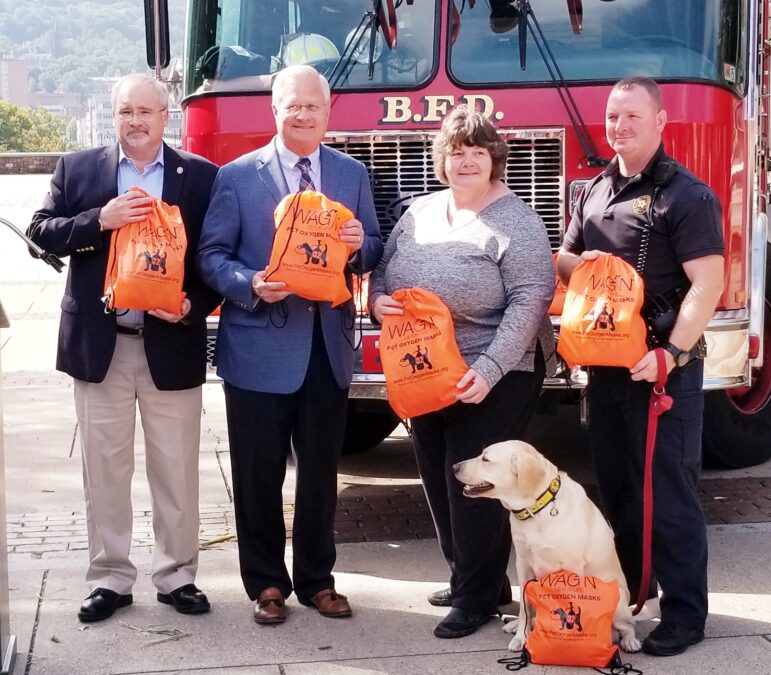 Pets and their owners in the city of Bethlehem can breathe a little easier knowing that all of the city’s police cars are now equipped with oxygen mask kits for dogs and cats, thanks to the generosity of a local businesswoman.

Gail Hoover, an Allentown-based realtor, raised about $4,000 to purchase the 85 oxygen mask kits and related pet safety items at her annual Birthday Bash fundraiser in March.

The rescue kits are “mostly for domestic pets, and you can probably use them on other animals,” DiLuzio said. “These rescue kits will go in all the city police cars so when there’s a fire or some type of incident and there’s a pet involved–we all have pets and we all love them–we’ll be able to save the life of the pet.” 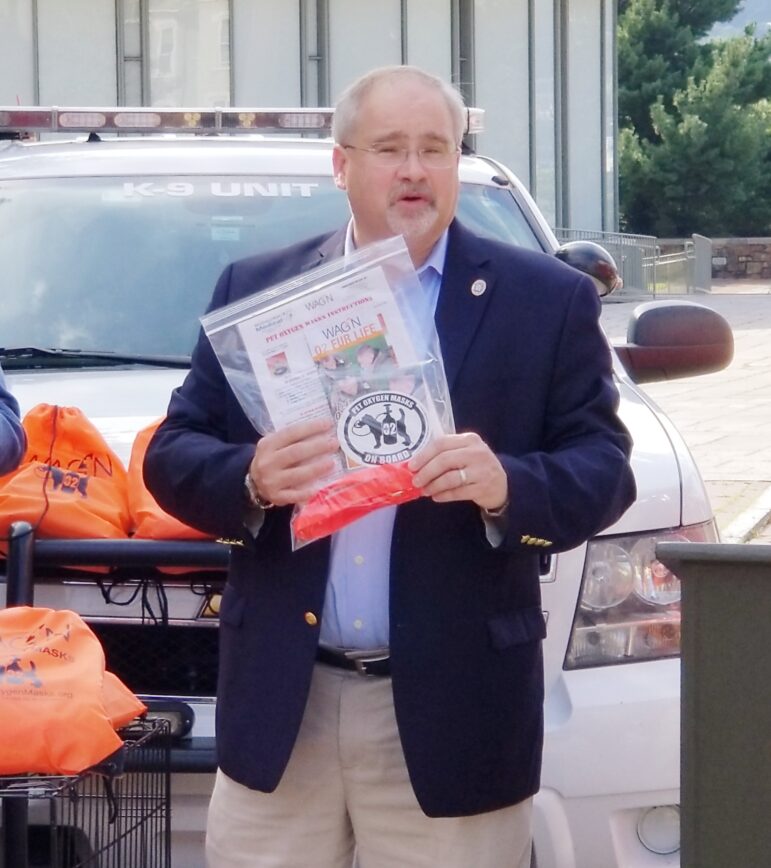 Bethlehem Police Chief Mark DiLuzio explains that an emblem denoting the fact that the city’s police cars are equipped with pet oxygen mask kits will be affixed to each vehicle.

An emblem that states “Pet Oxygen Kit On Board” will be affixed to the city’s police cars.

Each kit comes complete with a leash (for dogs) and plastic tubing, and the masks come in small, medium and large sizes for different size dogs, DiLuzio said.

Included with the donation along with the oxygen mask kits are collapsible portable pet cages and large metal pet storage carts for dogs and cats, which can be used to contain animals at the scene of a fire so they don’t run away and become lost.

Donchez cited the need for these items during the emergency response to Hurricane Florence in North Carolina earlier this month, and said “I think this is just another example of a great community leader–as Gail is–giving out to the community…especially in the area of public safety.”

Hoover said the support for her fundraising efforts has enabled her to help protect the lives of pets throughout the Lehigh Valley.

“Last year we donated to Allentown. All their first responders are ready. This year, 2019, is Bethlehem, and next year will be Easton and CART (Lehigh Valley County Animal Resopnse Team), so at the end of 2019 we will have the entire Lehigh Valley region ready to deal with pets in crisis,” she said. 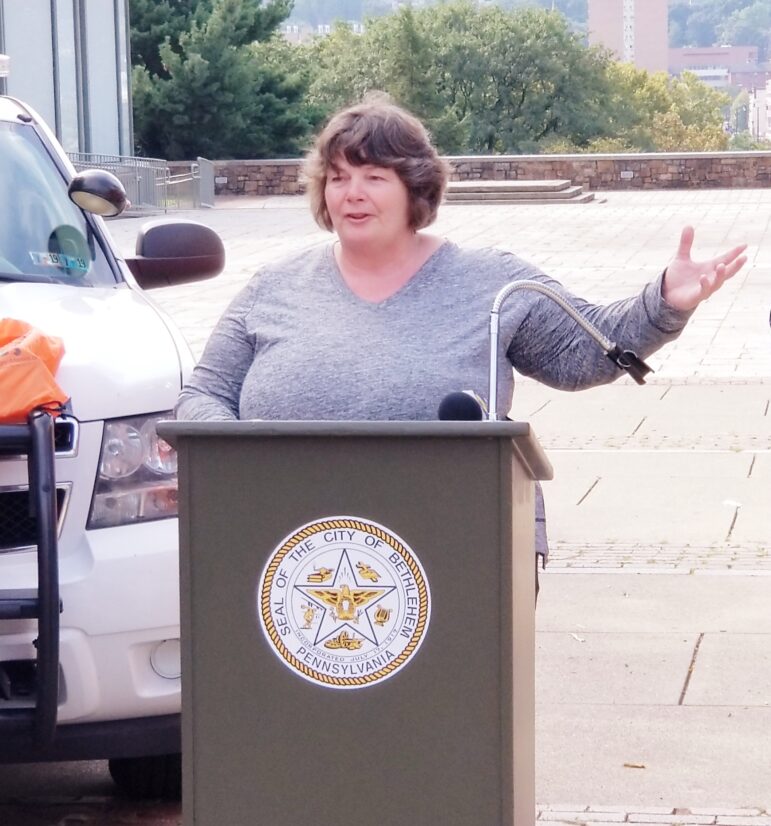 Realtor and fundraiser Gail Hoover explains that by the end of 2019 residents of the entire Lehigh Valley will have access to pet oxygen mask kits thanks to donations she has made and plans to make in the future. In 2017 Hoover donated enough kits to outfit Allentown’s police department. This year she donated 85 kits to the Bethlehem Police Department, and in 2019 she plans to donate more kits to the Easton Police Department and LV CART (the Lehigh Valley County Animal Response Team), which responds to fires involving animals in outlying areas.