Hellertown Borough Council unanimously decided Monday that the two-block section of roadway will remain one-way in the opposite direction.

Zoning and codes enforcement officer Kris Russo told council that in speaking with staff from the Saucon Valley Community Center–which is located at E. Saucon and Northampton streets–he learned they would prefer that the street remain one-way.

Children who attend the center’s programs are dropped off and picked up on the side of the building, and changing the traffic pattern in that area could interfere with that, Russo told council. 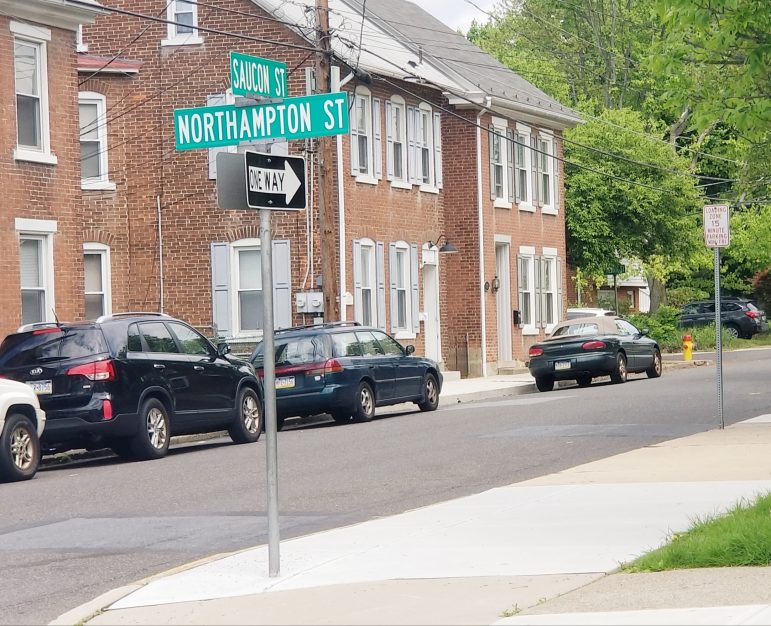 That section of E. Saucon Street has been a one-way street for approximately 50 years.

Council decided to research the possibility of returning it to two-way traffic after a resident floated the idea at a public meeting last month about a proposal to build a public works building on the Reinhard School property, which is next to the community center.

In other business at Monday’s council meeting, council members announced they will host a combination Meet and Greet/workshop meeting at the Grist Mill Tavern Room on Thursday, May 16 from 6 to 8 p.m.

According to a Facebook event for the special meeting, it will be an opportunity for “casual conversation” with Hellertown Borough Council members Thomas Rieger, Philip Weber, Mike McKenna, James Hill, Earl Hill, Andrew Hughes and Gil Stauffer as well as Mayor David Heintzelman.

Rieger called it an extension of the borough’s Coffee With Cops program involving the Hellertown Police Department.

“It’s going to be lightly moderated, but also a question-and-answer time,” Heintzelman said.

The Grist Mill is maintained by the Hellertown Historical Society and is located at 150 W. Walnut St., Hellertown, Pa.

The next regular council meeting will be held at Borough Hall, 685 Main St., Hellertown, on Monday, May 20 at 7 p.m. Meetings are normally held on the first and third Monday of each month, and are open to the public.