Heller Homestead Park will soon feature refurbished signs and be clear of debris, thanks to Bethlehem Catholic student Charlie Pavis.

At their meeting Wednesday, Lower Saucon Township Council members reviewed a proposal presented by Parks and Recreation board member Frank Thompson on behalf of Pavis. Pavis, a rising sophomore at Bethlehem Catholic High School, proposed a three-step plan to beautify the park for his Eagle Scout project.

According to Pavis’ proposal, “the signs currently are insufficient with letters that are faded and difficult to read.”

For the first part of the project, he will purchase pieces of redwood or cedar similar to the size of the current signs. Pavis will then burn the words “Heller Homestead Park” into the wood and apply marine varnish for preservation.

In the second stage, Pavis will improve the eight informational signs found throughout the park. He will sand and re-stain the signs before adding marine varnish. Pavis also plans to reprint and re-laminate the brochures inside the signs before placing them in Lexan for waterproofing.

Once Pavis perfects his process, he and the rest of his team will renovate all of the signs at once over a short period. The final stage involves re-installing the renovated signs, installing the new entrance signs and cleaning the park of all debris with his peers.

According to the proposal, the funds for the cost of the wood will be attained through donations from Pavis’ friends and family. A corporate sponsor offered to “graciously” donate all supplies for the informational sign process.

Pavis wrote that he plans to begin the project upon approval. He expects it to take about four weeks.

“I am excited by the opportunity to beautify Heller Homestead Park for the community. This type of project is exactly what I was looking for to fulfill my conservation-minded project for my Eagle Scout badge,” he wrote.

The next Lower Saucon Township Council meeting will be held Wednesday, June 19 at 7 p.m. at Lower Saucon Town Hall, 3700 Old Philadelphia Pike, Bethlehem, PA. Meetings are open to the public and the agenda can be found online beforehand by visiting http://www.lowersaucontownship.org/councilminutes.html. 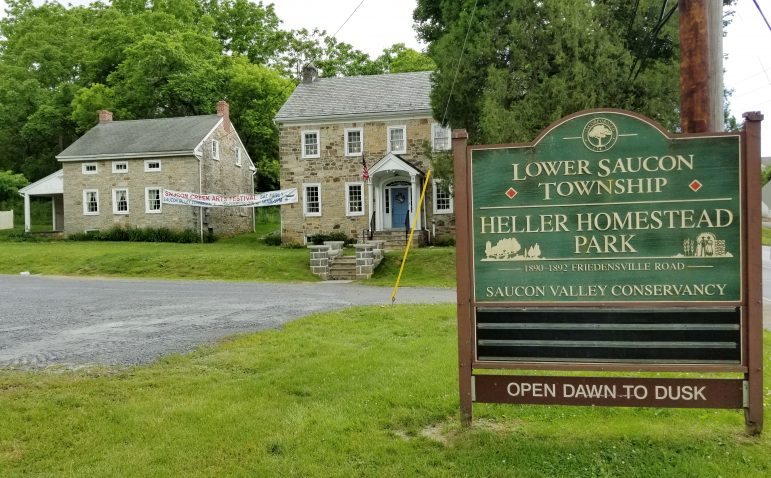