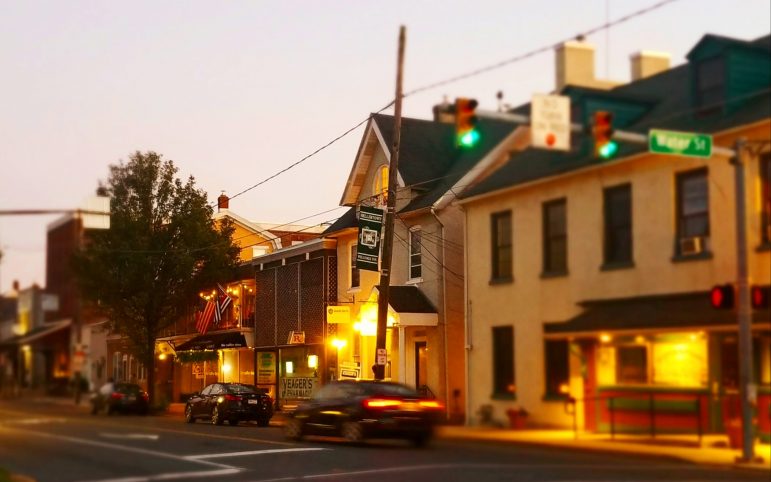 The 600 block of Main Street in Hellertown is home to numerous businesses, although foot traffic tends to be relatively light unless a special event is happening in the immediate area.

If downtown Hellertown needs more life breathed into it, what better way to do that than with an event on Main Street involving food, music and art?

It was just such a proposal that business owner Rogelio Castillo, co-owner of The Coffee Shop Company, pitched to Hellertown Borough Council Monday.

Castillo said the name “Hellertown Fest” is just a working title for the event that could bring as many as 15 local food trucks to Main Street between Water and Penn streets.

“The idea is to bring more…foot traffic into Hellertown,” said Castillo, who opened his business at 650 Main Street in March. “Invite the community to come in and participate with it.” 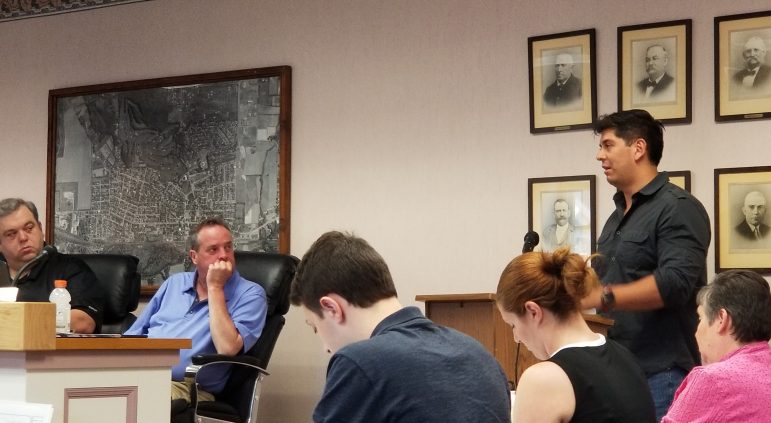 Castillo said he envisions a festival that would be held on a Sunday from 9 a.m. to 1 p.m., and he suggested the third Sunday in August as a potential date when the first Hellertown Fest could be held.

Council members expressed enthusiasm for the idea but said they were concerned about the fact that the Water Street Bridge will be closed through mid-September, which could result in higher-than-normal traffic volume in the 600 block of Main Street.

The width of Main Street and its ability to accommodate food trucks that would likely be parked along both sides was another highlighted concern.

Instead of on a Sunday in August, it was suggested that the festival could be held as a celebration to coincide with the bridge’s reopening in September.

Another concern raised by council is that the borough’s food truck ordinance prohibits their operation within 250 feet of an established restaurant.

Zoning officer Kris Russo said the restaurants that are located in the area of the proposed festival are supportive of the idea, however the ordinance does not appear to allow for exceptions to the proximity clause, council president Tom Rieger said after reviewing it.

Borough manager Cathy Hartranft asked council solicitor Michael Corriere to research the ordinance and report his findings at the next meeting.

Castillo said the festival would be advertised in the Morning Call and in Lehigh Valley Style magazine as well as via social media.

He added that a portion of the money raised by it would be donated to a local nonprofit organization such as the borough’s volunteer fire company.

“Thank you for your vision,” Mayor David Heintzelman said to him.

The next Hellertown Borough Council meeting will be held Monday, July 15 at 7 p.m. at Borough Hall, 685 Main St., Hellertown.