The Panthers traveled south to play Souderton–a much larger school–in their first preseason game at the end of August. It was obvious that Souderton was used to the fast-paced game played on turf. While the Panthers had some opportunities, Souderton’s strong defense shut down any serious chances of scoring. The Souderton boys were physical and had a tendency to play the player instead of the ball. Luckily, there were no injuries, except perhaps to the pride of the Saucon players. The final score was 3-0 Souderton. 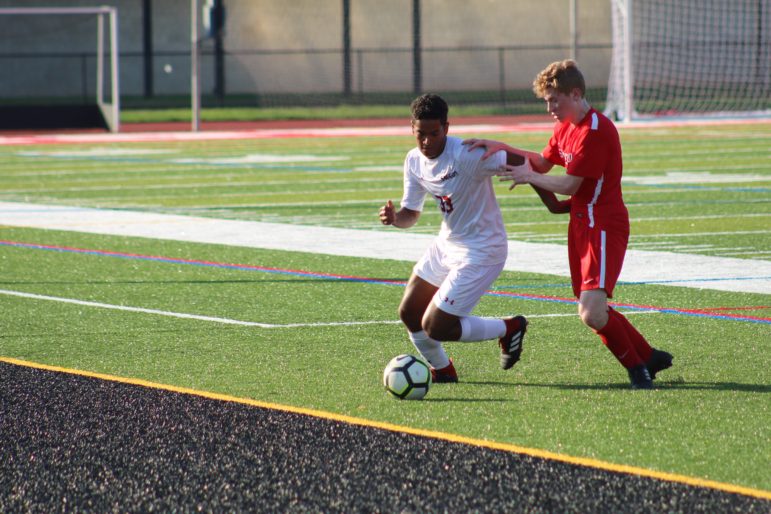 Junior Ashton Gonsalves beats a Souderton player to the ball. 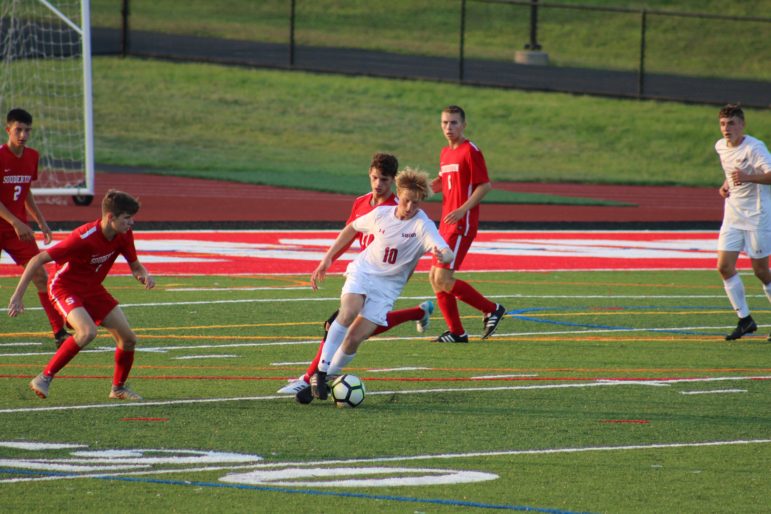 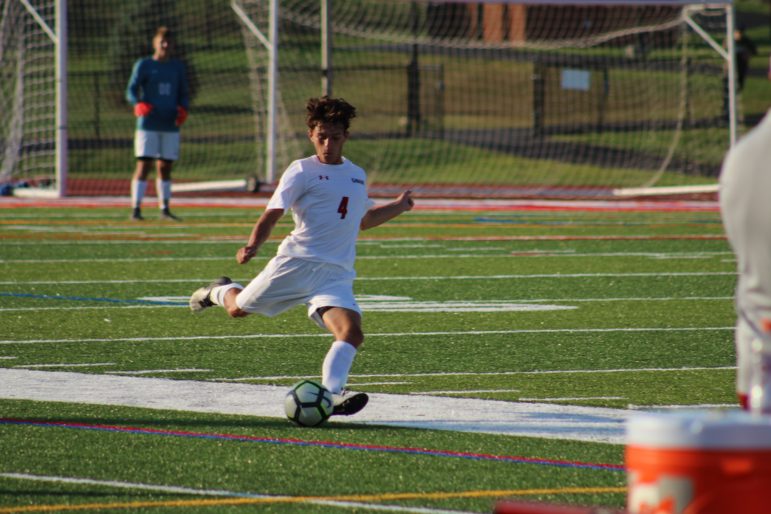 With only 15 hours to rest and recover, the Panthers hosted private school Faith Christian at their home field the next morning. The teams were well-matched, but Faith Christian was the only one to find the back of the net with a header from a corner kick. The final score was Faith Christian 1, Saucon Valley 0. 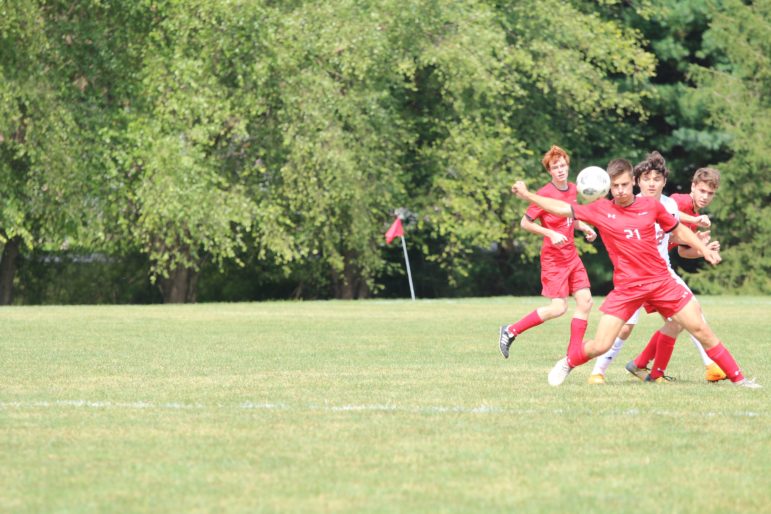 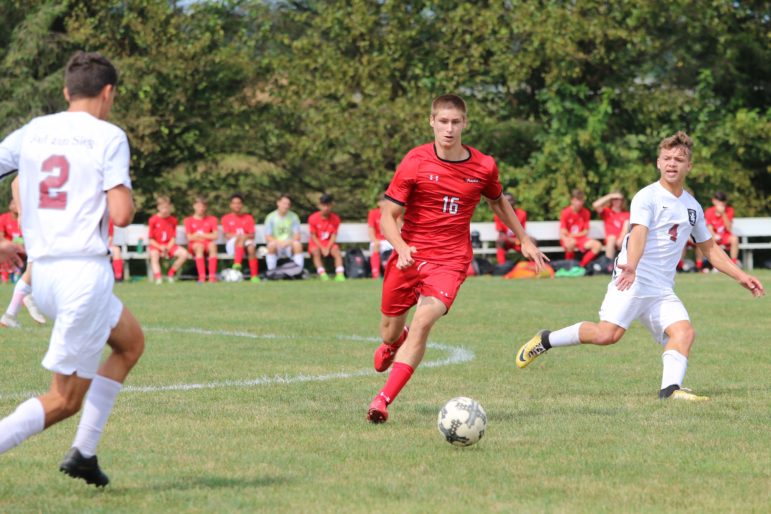 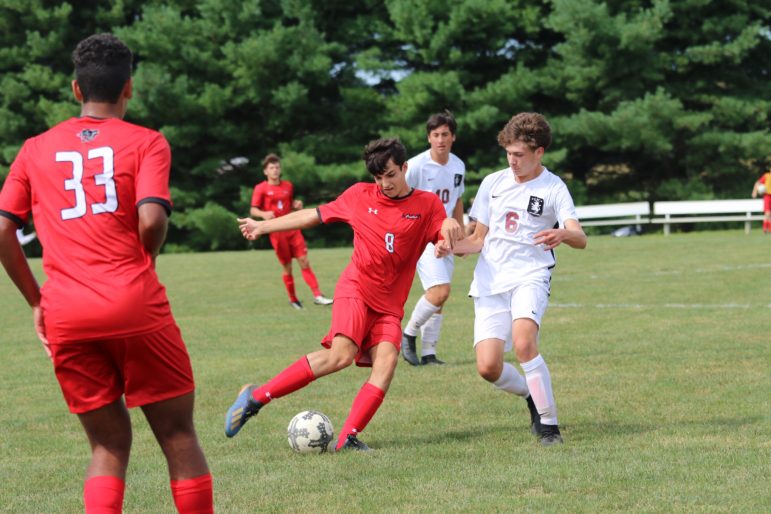 The defending District Champion team was determined to rally back and to start the official league season with some wins. And they did just that.

Playing on Bangor’s field on Tuesday, Sept. 2, the Panthers were determined to put a W on their record. In the first half, senior Zach Nicholas placed the ball in the net from Zack Mikuta’s free kick. Despite chances from both sides, no other goals were scored by either team. The final score, 1-0, marked both Saucon’s first shut-out and first win of the season.

Two days later, on Sept. 4, Saucon hosted Northern Lehigh. The Panthers scored 10 minutes into the game, with sophomore Trevor Mikuta getting the first goal. Seven minutes later, senior Zach Nicholas placed the ball in the bottom right corner, earning the second goal. Junior Ashton Gonsalves scored the third goal of the game. While Northern Lehigh put up a good fight, no goals were scored by either team in the second half and the final score remained 3-0. 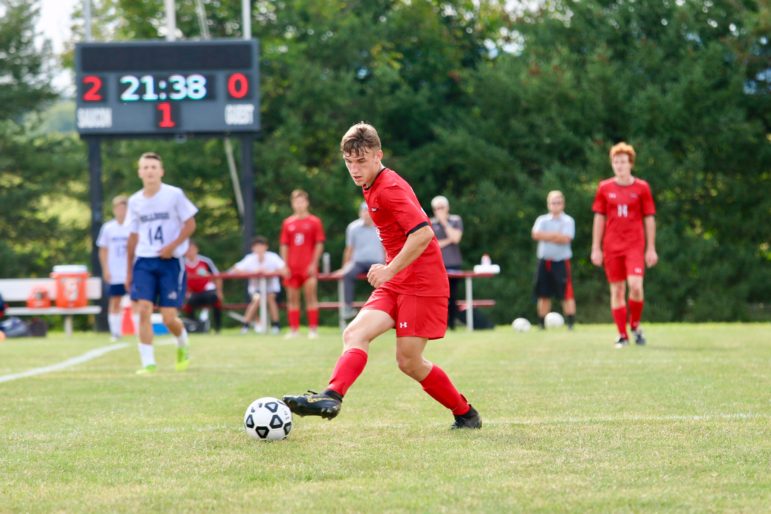 Senior Zach Nicholas moves the ball down the field in the Panthers’ game against Northern Lehigh. 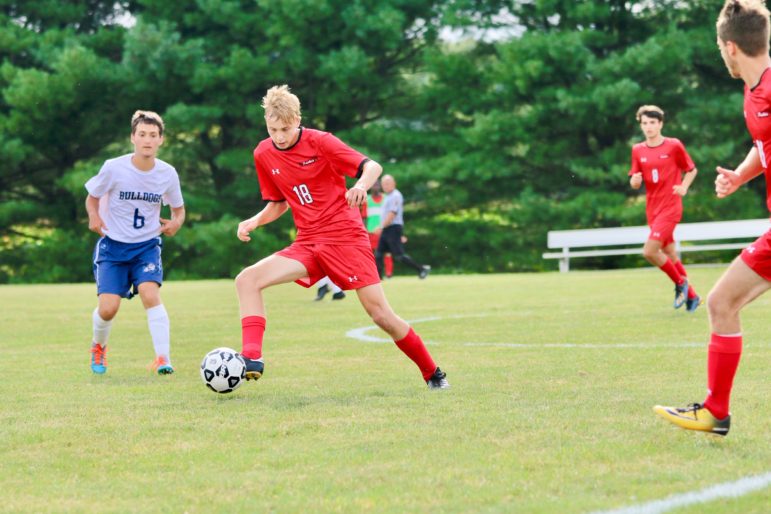 Senior Matt Konkolics is determined to go to goal.

At the game in Catasauqua Saturday, the Panthers faced a team led by former Saucon JV coaches Josh Inman and Jamal Aramout in their third league game of the season.

The Panthers possessed the ball and controlled the game against the Rough Riders. Senior Zach Nicholas scored the first three goals, senior Matt Konkolics scored two goals, sophomore Jayden Kennedy scored the sixth goal and senior Greyson Schriffert scored the seventh and final goal of the game, in what marked another shut-out for the Panthers. 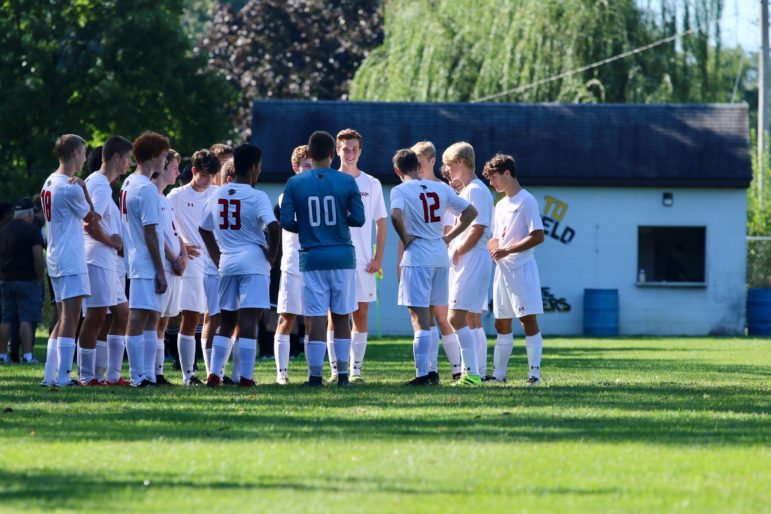 The team discusses strategy before the game. 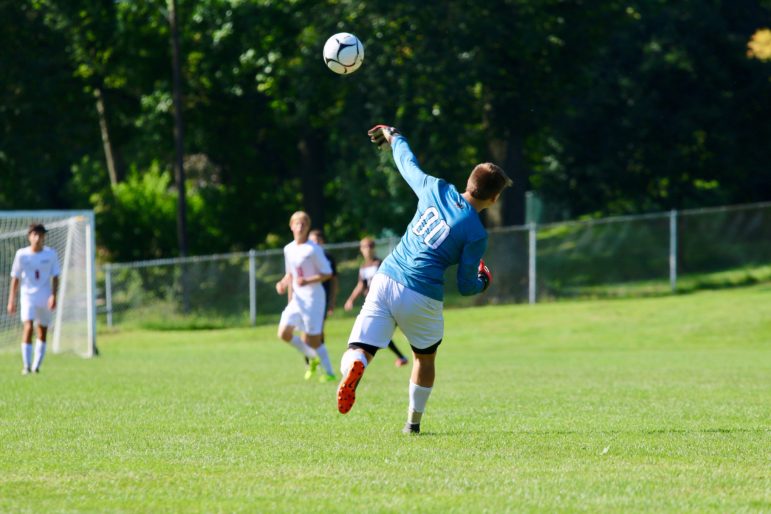 Senior Nick Snead distributes the ball down the field. 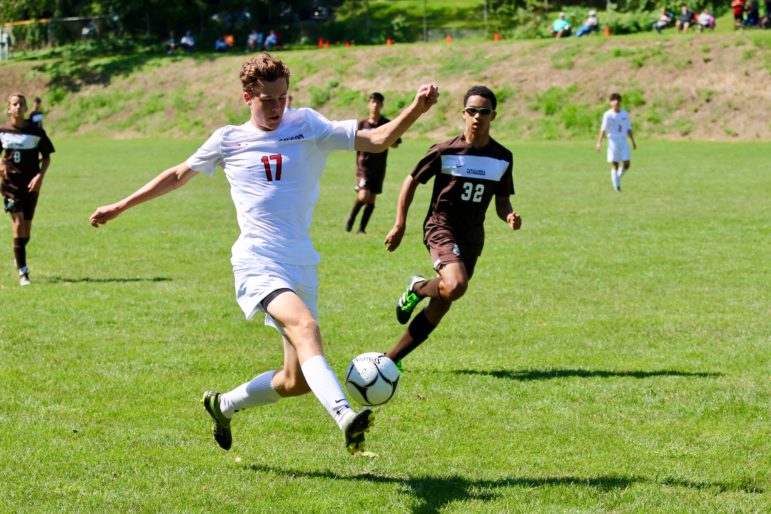 Sophomore Jayden Kennedy on his way to the goal.

With continued hard work, the Panthers plan to continue their success.

When asked about the team this year, Head Coach Tim Houghton said, “This early in the season the team is still a work in progress. Obviously we want to put some decent results together and, after the disappointment of our non-league openers, in our first three league games we managed to do that.”

“What is most important to me at this stage is development, he added. “In October, we want to be challenging for trophies in both league and districts, and what we are working on right now is to elevate our play to that level.”

“It’s going to be tough, but I think if our development continues, we’re going to be one of the strongest teams in the postseason,” he said.

Northwestern is surely looking for revenge after their 1-0 loss to the Panthers in last year’s District final, which ended their 59-game winning streak.

Tuesday’s game against Northwestern is at 4 p.m. at Saucon’s soccer field.

Good luck, Panthers! The source is with you.