As fall approaches, the Pennsylvania Department of Environmental Protection’s West Nile virus control program is continuing to report confirmations of the virus in mosquito samples collected around the area.

On Tuesday, the DEP confirmed that a mosquito collected in the city of Bethlehem in Northampton County had tested positive for the virus.

Last month the virus was confirmed elsewhere in Northampton County with positive test results for mosquitoes collected in both Wilson and the City of Easton. The virus has also been confirmed in mosquito samples collected in various Lehigh County municipalities, including the city of Allentown. 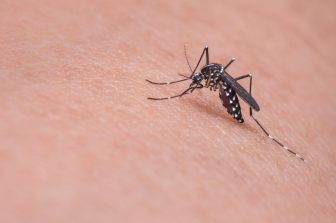 So far this year West Nile virus has been found in mosquitoes collected in every county in southeastern Pennsylvania, as well as in various counties throughout the state.

However, no human cases of West Nile virus have been reported thus far this year.

The number of West Nile virus confirmations typically rises as the season progresses, peaking late in the summer.