If you regularly travel the 10-mile Rt. 309 bypass between Richland Township and Hilltown Township northeast of Hatfield, you may soon begin experiencing some delays during your travels.

The Hilltown Township Police Department Thursday shared a post about a major bypass revitalization project that will soon begin, that is likely to affect thousands of motorists who regularly travel the major north-south route in Upper Bucks. 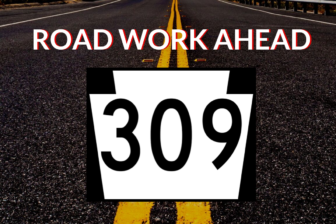 According to police, the four-lane bypass will be reconstructed between Unionville Pike in Hilltown and Rich Hill Road, which is just south of Quakertown near where Rt. 309 becomes a divided, limited access highway.

“Two lanes of travel in each direction will be maintained during peak hours,” police indicated in their post. However, “there will be lane closures during off-peak hours.”

Police said the extensive project will include milling, repaving, installation of new guide rail and median barriers, replacement of two bridges, rehabilitation of other bridges along the route and other improvements.

The reconstruction project is scheduled to begin sometime this fall and won’t be completed until summer 2023, according to police, who said they will continue to provide updates via their Crimewatch site as they are made available.