When Fountain Hill residents head to the polls Nov. 5 to vote in its borough council race, one issue in particular may feature prominently in their decisions: the future of the small community’s police force.

At stake is more than just hometown pride in an ongoing discussion about whether the borough can afford to maintain its full-time police without passing another budget with a substantial property tax increase for residents and business owners.

At recent public meetings, some officials and many residents have cited fears about escalating crime rates in arguing that it would be dangerous for council to outsource police coverage to Pennsylvania State Police at Bethlehem during the overnight hours.

Others have called for the borough’s largest employer, landowner and user of police services–St. Luke’s University Health Network, which is a tax-exempt nonprofit organization–to voluntarily contribute additional funding toward the borough’s budget.

Council has made no decisions regarding any of the various options that have been discussed, however it will have to approve a borough budget that funds police for 2020 by Dec. 31. Beyond that, the issue appears likely to remain both divisive and debated.

Although there is no competitive council race in Fountain Hill this election cycle, since the number of candidates is equal to the number of open seats, it is also likely that the council members who have shared their views below will ultimately have a hand in deciding the fate of the borough’s police force in the future.

Incumbents Annamarie Davenport Jordan and Douglas Trotter Jr. as well as newcomer Jamie Johnson are seeking four-year terms on council. Three four-year council seats are open. Newcomer Will Rufe is seeking a two-year term on council and is unopposed in his race. To view the 2019 general election ballot for Lehigh County, click here. Election Day is Tuesday, Nov. 5. Polls will be open from 7 a.m. to 8 p.m. throughout the state.

I have lived in Fountain Hill my entire life and when I was elected to Council it was a truly humbling experience. I take very seriously the trust voters have placed in me, trust that I will always do what is best for our community. So, it should come as no surprise when I say I would never do anything that would put borough residents at risk, for even one minute of the day or night. Nor would I do anything that would lead them to believe they were at risk. Fountain Hill is my home that I share with all of its residents. I will continue to do all that I can to keep it a safe, peaceful place to grow and prosper.

Living across the street from the playground on Stanley Avenue, the proposed (state police) coverage, I believe, will encourage more inappropriate and unwelcome behavior in an area where we’ve already seen our park equipment covered in gang tags and drug paraphernalia. That doesn’t mean I don’t see the need to do something about the budget as a whole, but I’m not 100 percent sold that this is a good idea. I haven’t had the opportunity to dive in deeply to budgets and minutes of the past decade or two, but I fear that it will reveal some fiscal mismanagement that this current council has the unfortunate responsibility to attempt to correct. There are no easy answers. As politicians we know we are never going to make 100 percent of the people (happy) 100 percent of the time, and this year, with this budget and the issues we are facing as a Borough, I believe there will be more unhappy residents than happy. I expect that we won’t see this proposal come to pass as I don’t know a single person currently on Council who wants to do this. I expect that ultimately we’ll see another rise in our taxes, and the social benefits we see like the pool and park will be cut back again. I hope to be wrong about that, because I believe those services make our borough a great place to live. But numbers have to balance, and our residents have clearly spoken out in favor of not supplementing our police with partial state coverage.

Did not respond to our request for an opinion statement.

I think the issue provokes heated debate due to its relationship with the safety of the community, but I think the most important point is the transparency in the process. Members of our community came out with questions and concerns, and I think for the most part our residents were calm, pragmatic and constructive in their involvement. That allows members of Council to make a more informed decision about the desires and needs of our community. The budgetary issues with the Borough that prompted this inquiry are not going to go away easily, and I hope the same members of the community that came out for this proposal will communicate with Council and with their neighbors about ways we can become more fiscally healthy. 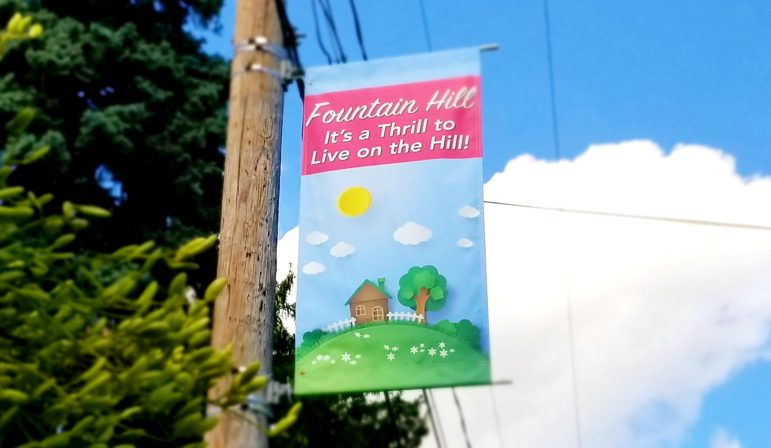 The unofficial slogan for Fountain Hill for many years has been, “It’s a thrill to live on the hill.” Some residents, however, are less than thrilled with the current choices the borough faces with its police force. It will ultimately be up to the members of Fountain Hill Borough Council to decide whether to continue to staff a full-time force and if so, how to afford doing that.