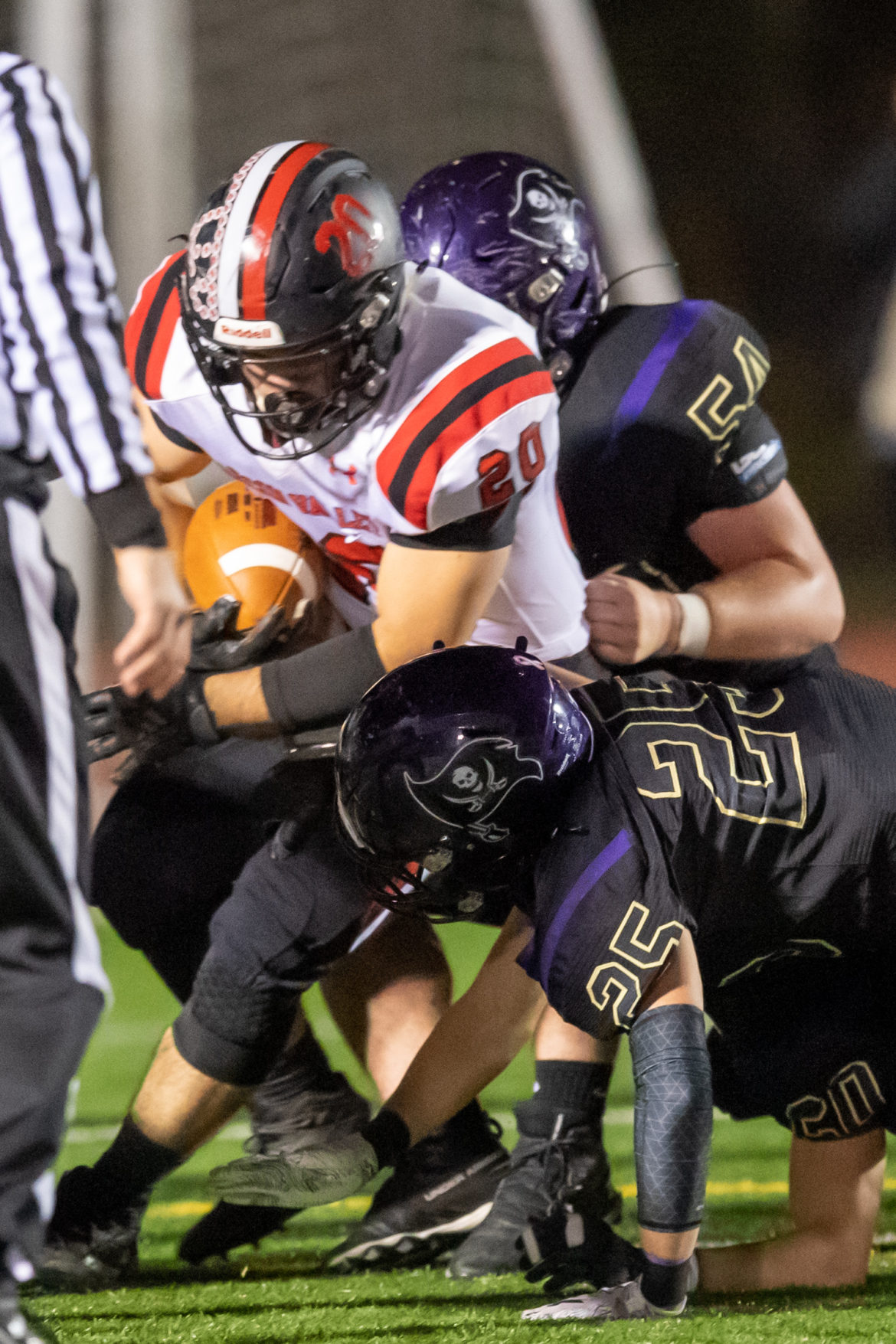 Since 1975, the Palisades Pirates and the Saucon Valley Panthers have faced off as rivals and have played for the Bicentennial Trophy. The 2019 edition of this rivalry included a Pirate program with a 2-7 record playing in their season finale competing against the Panthers (6-3) who have already qualified for the District XI post-season playoffs.

Even though the first quarter was all Palisades, Saucon was able to hold the Pirates scoreless. The Panther defense limited the Pirates to a missed 40-yard field goal attempt and held on a 4th & 1 from their own 3-yardline. Saucon Valley’s offense sputtered early as they only ran six offensive plays throughout the opening quarter. 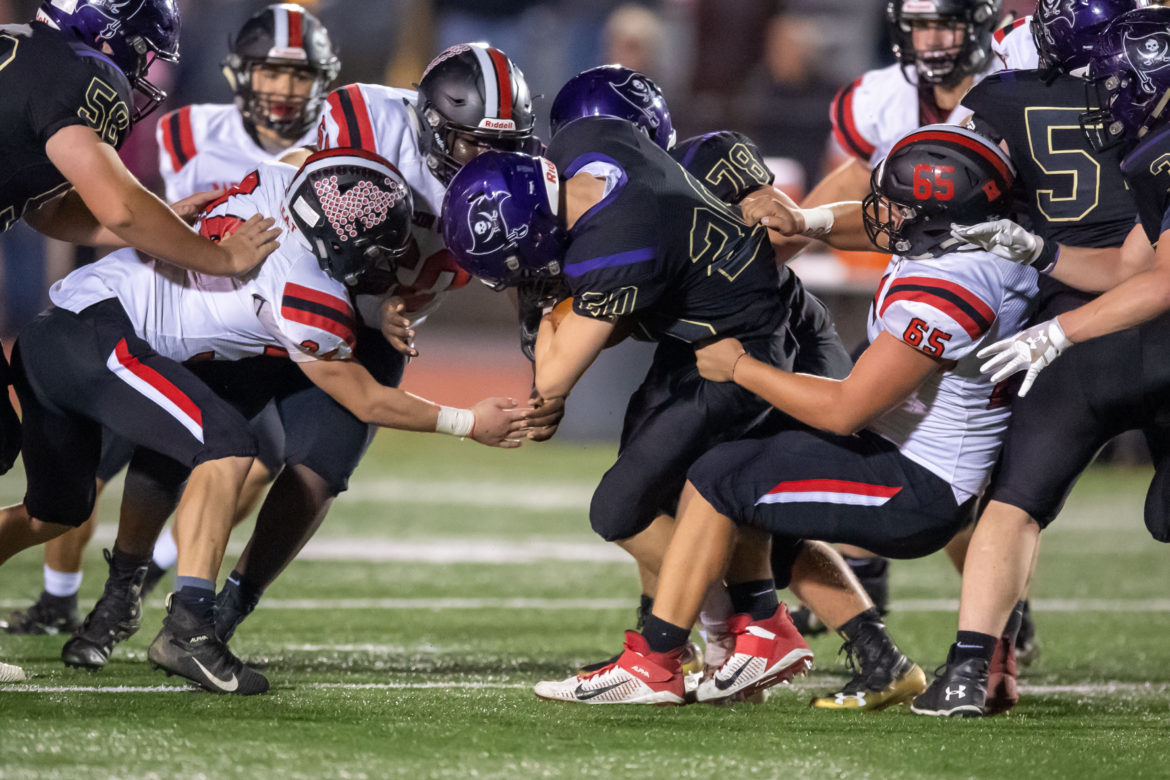 The Panther defense was in bend-but-don’t-break mode during first half action against the Palisades Pirates.

During the second quarter, however, the Panthers were able to find their stride and fight off their backs to put together an eight play, 98-yard touchdown drive.  Saucon benefitted from Braydyn Lugardo’s 33-yard blast on 1st & 10 from their own 40-yardline, immediately followed by Dante Mahaffey’s 28-yard score on the very next play.  Alex Magnotta’s PAT was successful.  Saucon Valley’s 7-0 lead would hold for the remainder of the first half, but the Panthers would lose quarterback Dante Mahaffey to a lower-body injury.

With Mahaffey out of the game, the Panthers turned to freshman Travis Riefenstahl who took the reins at quarterback.  Saucon Valley, however, was held to a three-and-out on the opening possession of the third quarter.  After the Panther punt, the Pirates took over at midfield.  Five plays later Mason Smeland found room around his left end and powered into the end zone for an 8-yard score.  Zach Shoemaker’s point-after was good and the teams were deadlocked 7-7. 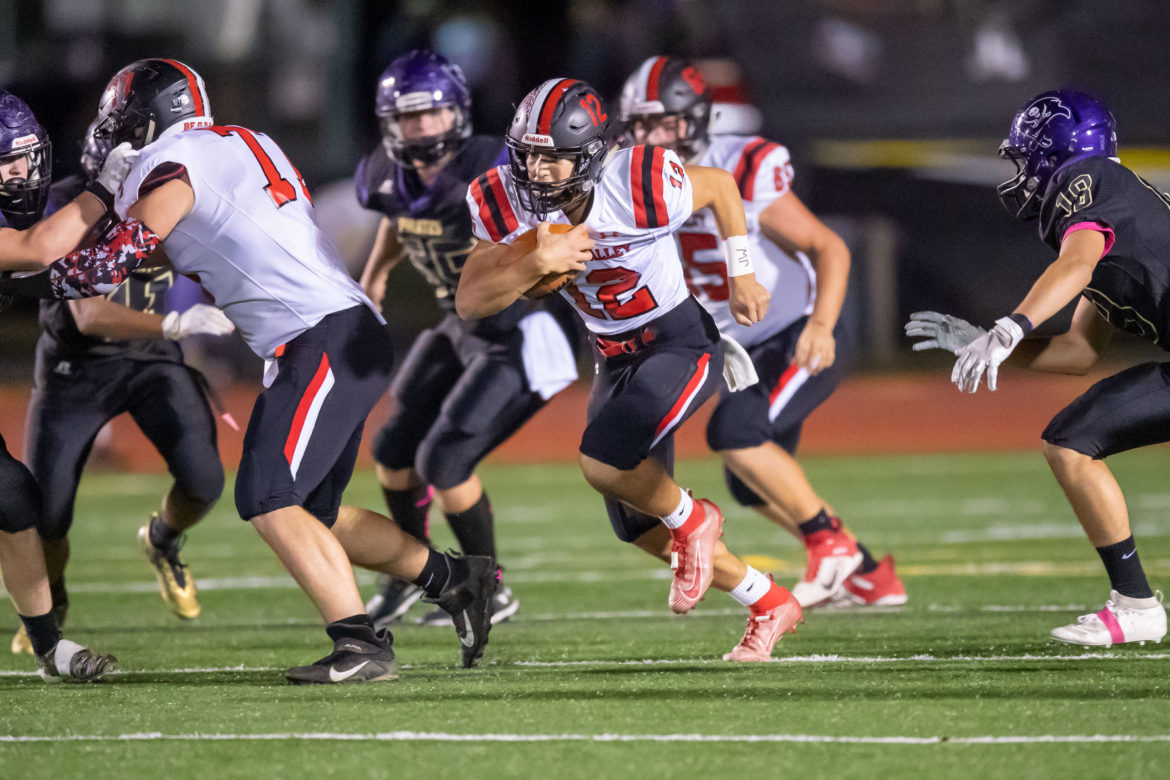 On their next possession, the Panthers were able to pound the ball from their own 27-yardline down to the Pirate 24.  However, on the very first play of the final quarter the Panthers could not convert a 4th & 1 and consequently turned the ball over to the Pirates.

Palisades went the other way and capped a 76-yard, thirteen play drive with a 13-yard touchdown run by Mason Smeland.  Even though Shoemaker’s PAT ricocheted no-good off the left upright, the Pirates took a 13-7 lead with just under five minutes remaining in the game. 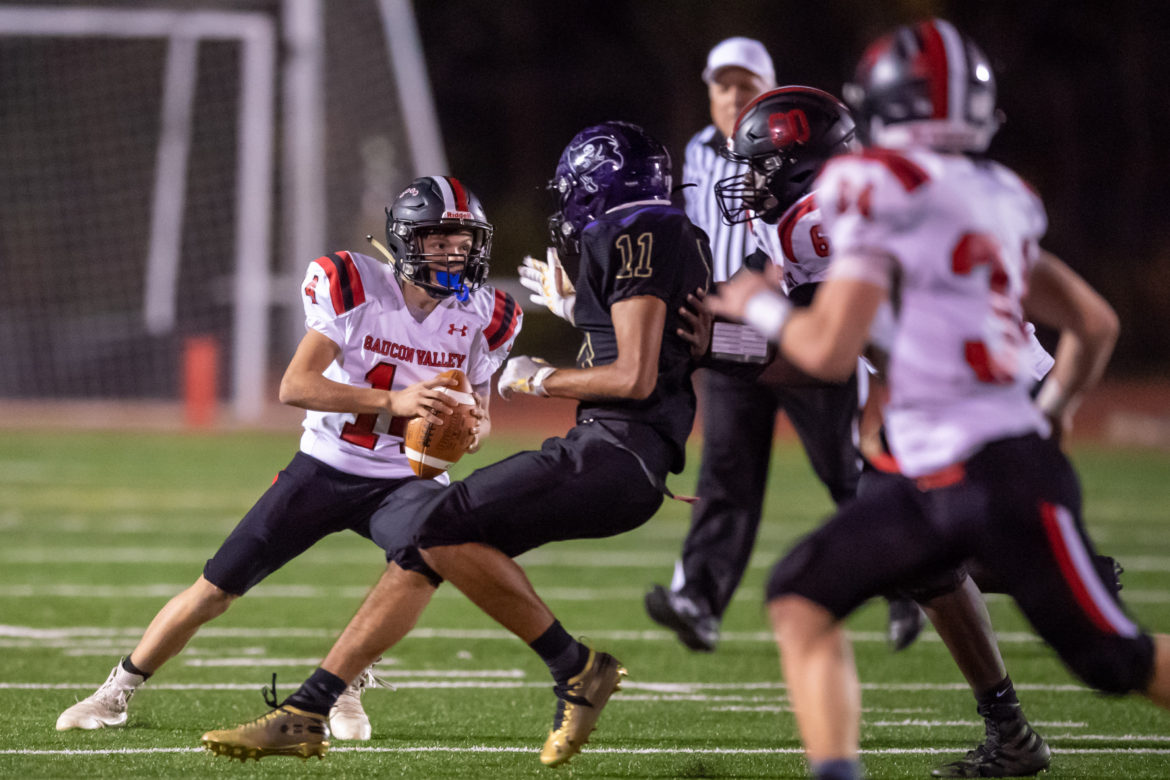 Panther freshman Travis Riefenstahl (#14) steps up in the pocket before hitting Bobby Yovish for a 35-yard completion.

After the Palisades kickoff, Saucon took possession at their own 16-yardline.  The Panthers were able to convert a couple of key third-and-longs to keep the drive alive.  On the first, Riefenstahl threw a jump-ball to freshman Alex Magnotta who had single coverage along the sideline in front of the Pirate bench for a 25-yard gain.  The second came on 3rd & 6 when Riefenstahl rolled right and threw a 35-yard strike to senior tight end Bobby Yovish who broke free down to the Pirate 21-yardline.

After a couple of punishing Braydyn Lugardo runs that picked up eighteen yards, Riefenstahl followed his Hogs into the end zone on a quarterback sneak to tie the score.  The Panther extra-point, however, missed left and with short time remaining the teams were tied 13-13. 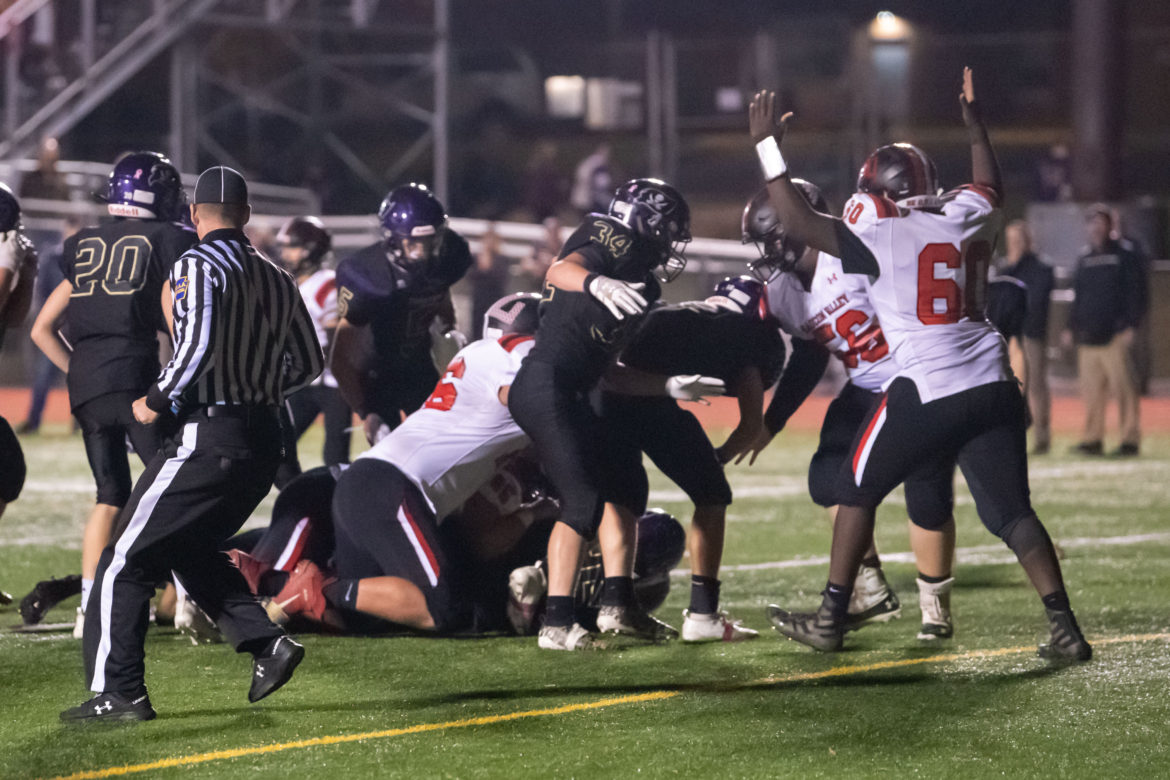 Davis Osman (#60) celebrates as Travis Riefenstahl crosses the goalline to tie the score in the waning moments of the game.

Gus Yocum returned the ensuing kickoff out to midfield with a faked reverse, but Saucon Valley’s Kevin Schoch intercepted the Pirate pass attempt on the very next play.  Saucon Valley came up empty on their “Hail Mary” pass attempt and the game was pushed into overtime where each team would have four plays to try and score from their opponent’s 10-yardline. 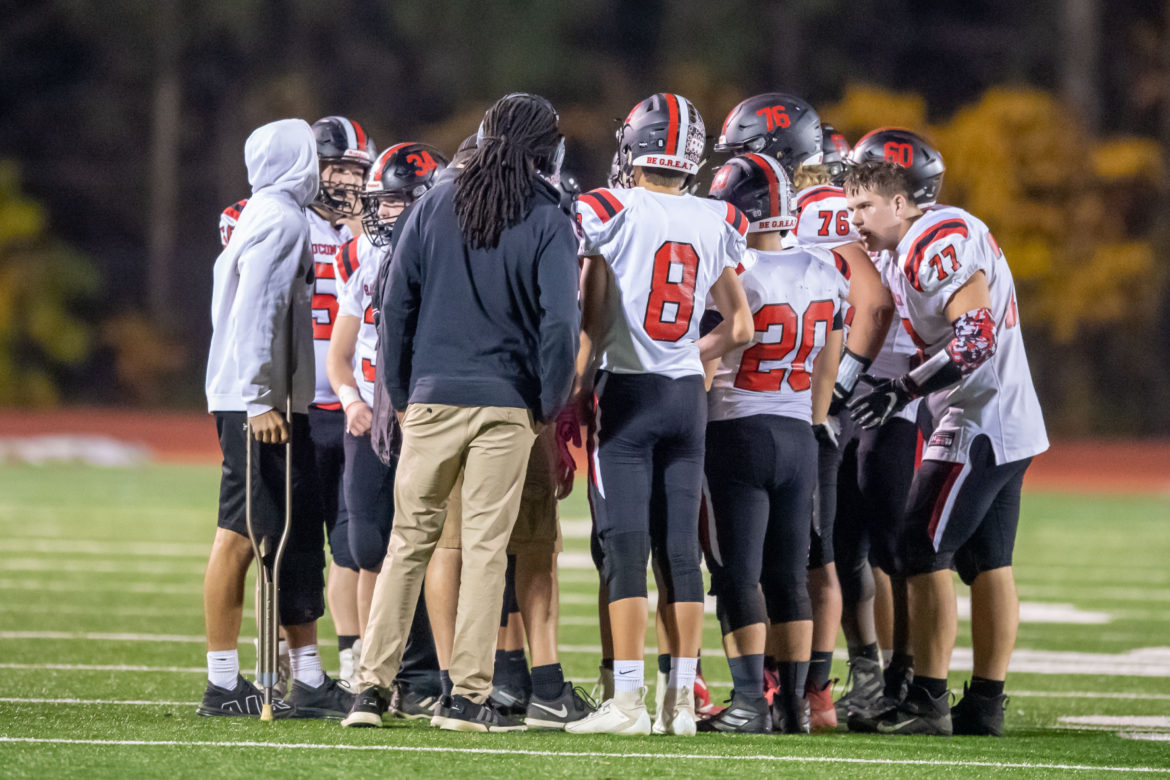 The Panthers scheming for overtime.

Palisades was stuffed their first three plays and opted to kick a 29-yard field goal which Zach Shoemaker converted.  On the Panthers first play from the Pirate 10-yardline, Riefenstahl lost the handle on the ball as he stepped away from center but recovered the fumble back at the 20-yardline.  On consecutive runs, Lugardo pushed the pile back to the 10-yardline where the Panthers chose to try and keep pace with the Pirates by trying a field goal attempt.  However, Magnotta missed just left and the Pirates held on for a 16-13 victory. 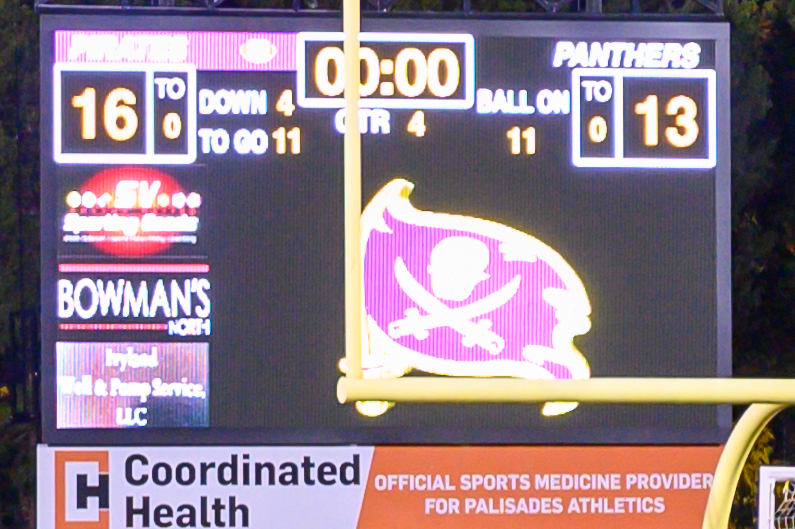 The 2019 rivalry game between the Pirates and panthers was a classic. 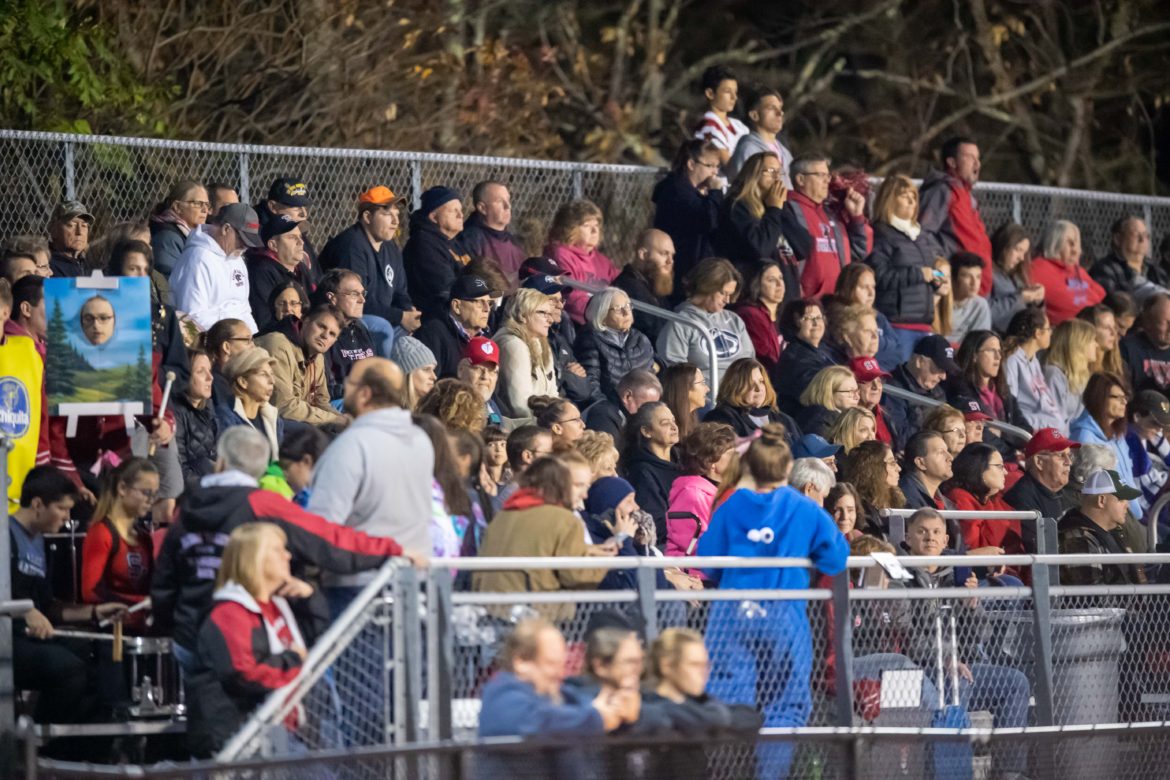 Even though the Panthers came up short, Panther fans were treated to a slugfest.

Up Next: Saucon Valley (6-4) as the #5 seed will travel to play at #4 Allentown Central Catholic (6-4) on Friday night in the first round of the 2019 PIAA District XI 4A playoffs. Kickoff is scheduled for 7 p.m. at J. Birney Crum stadium. 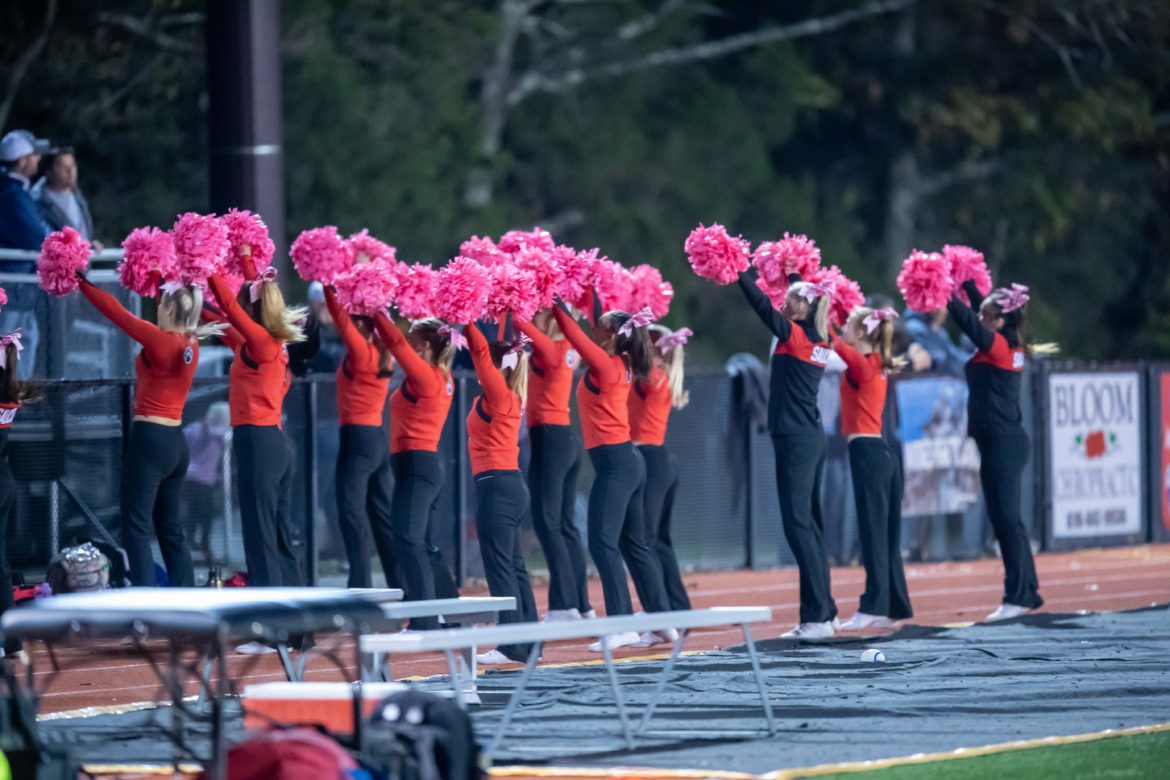 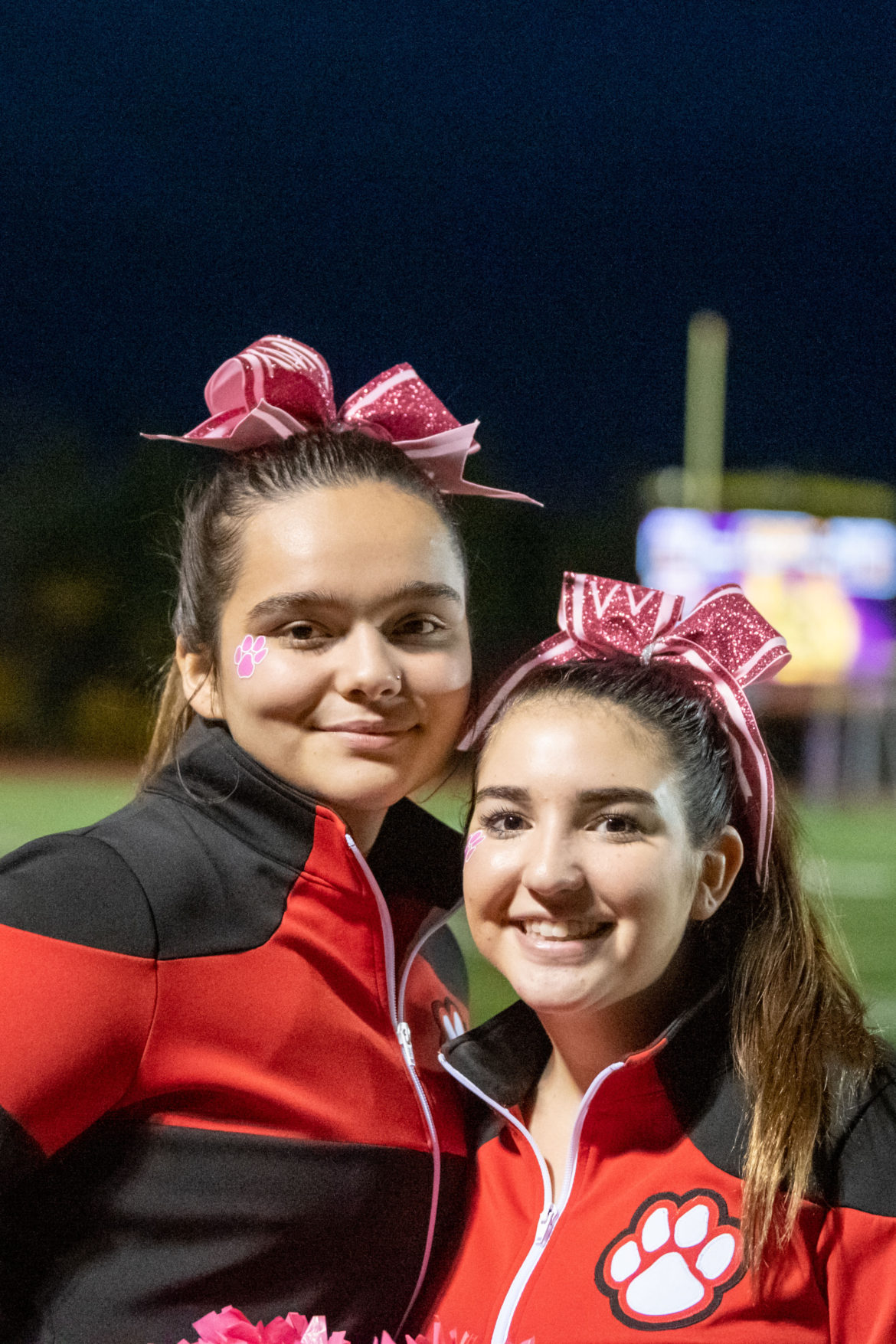 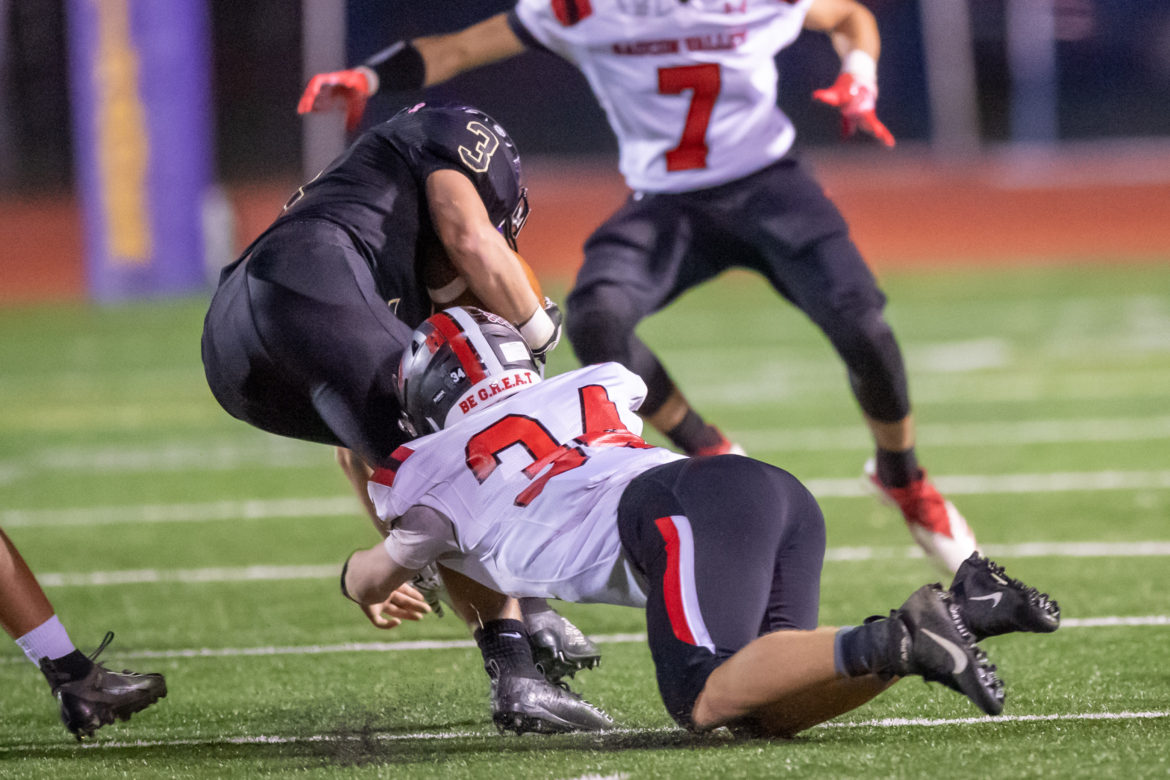 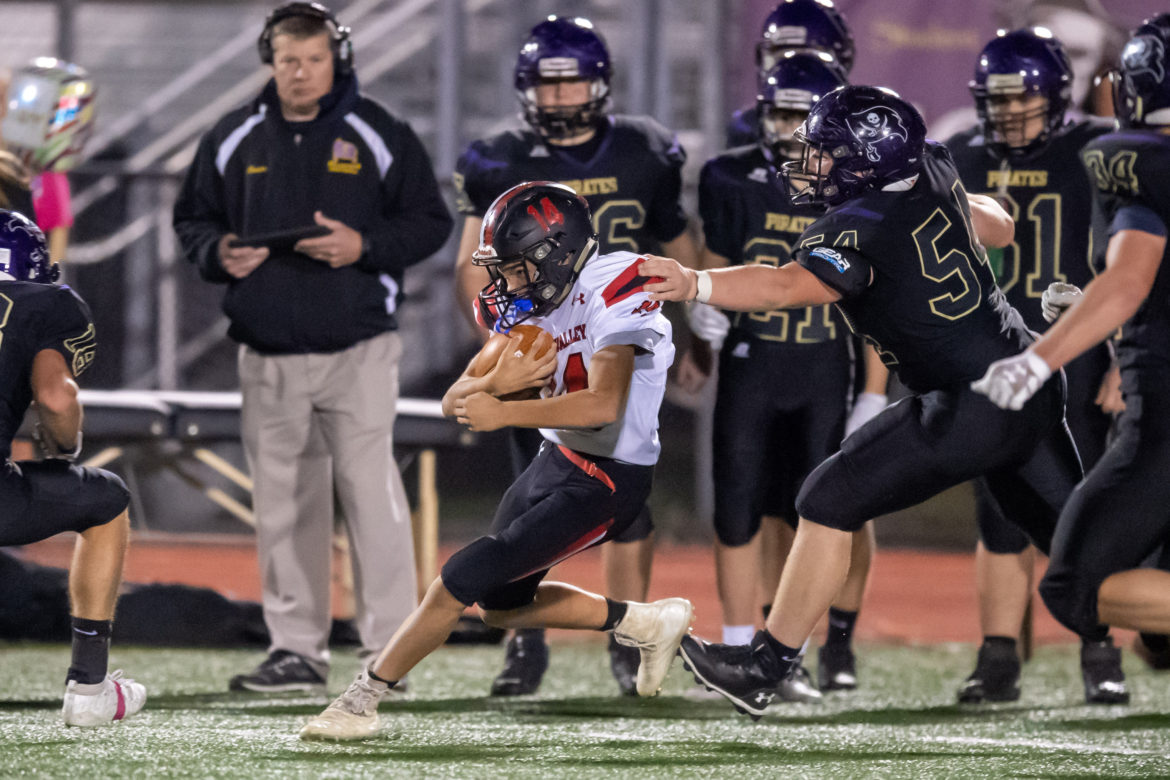 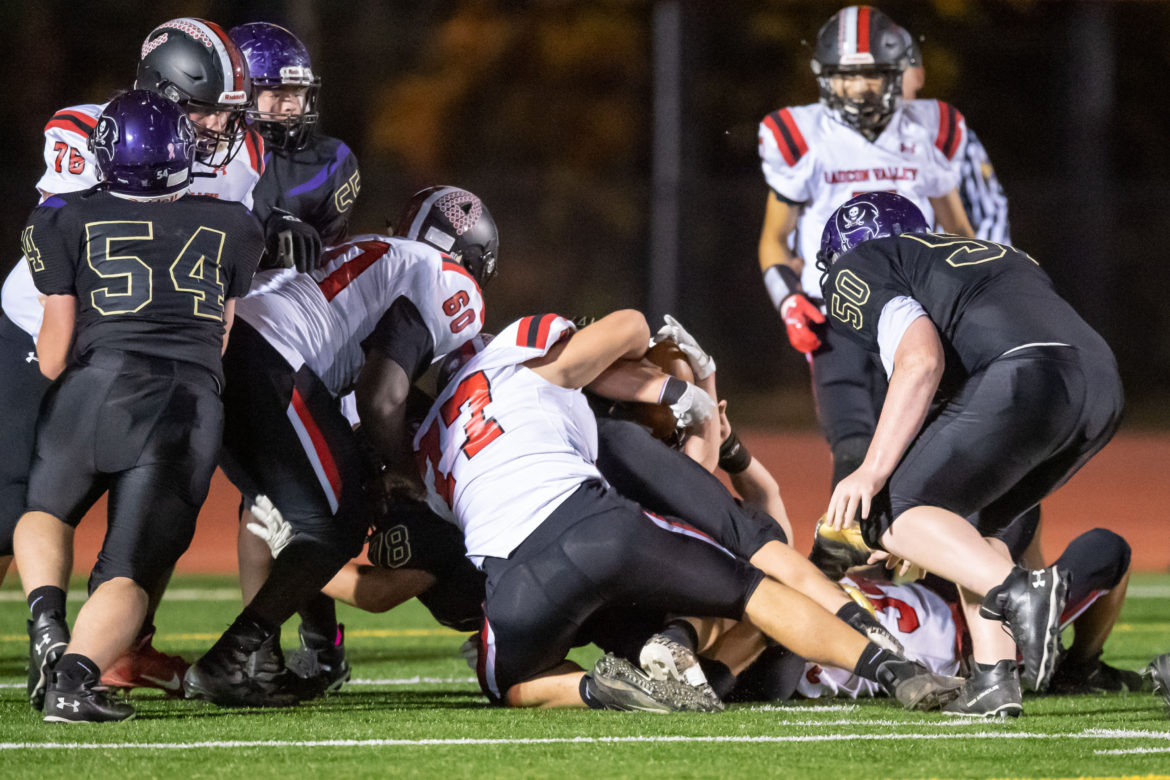 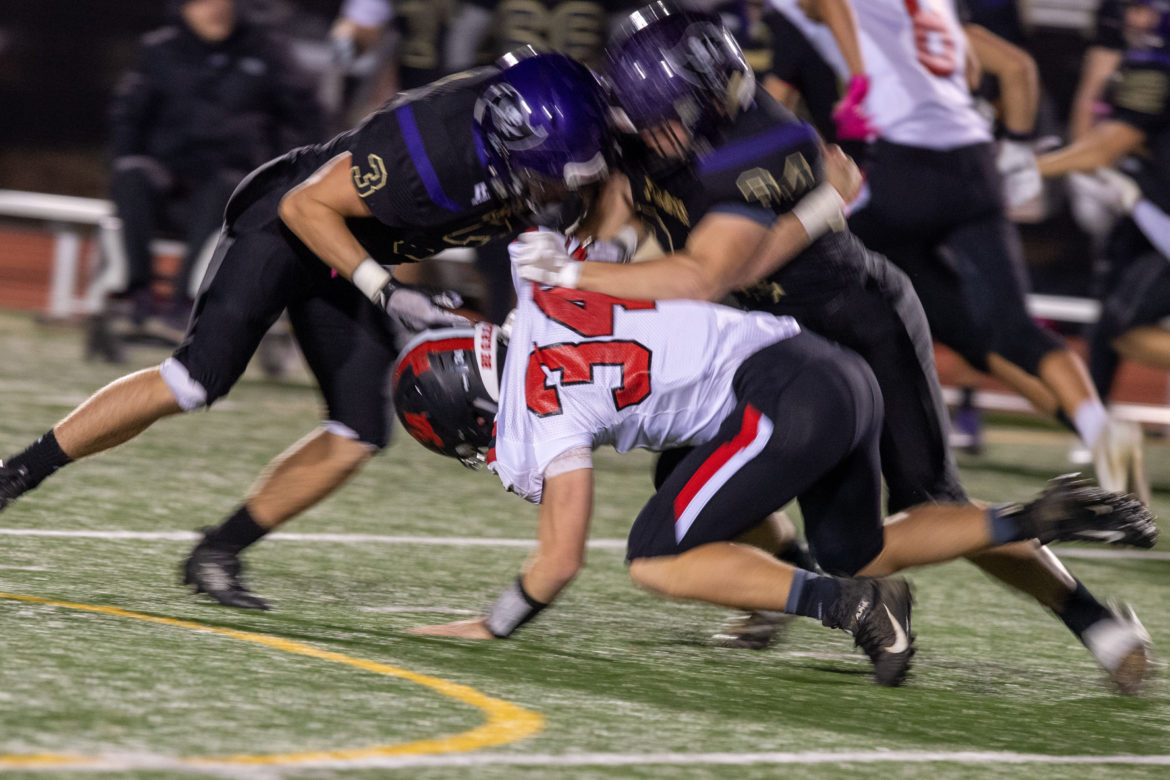 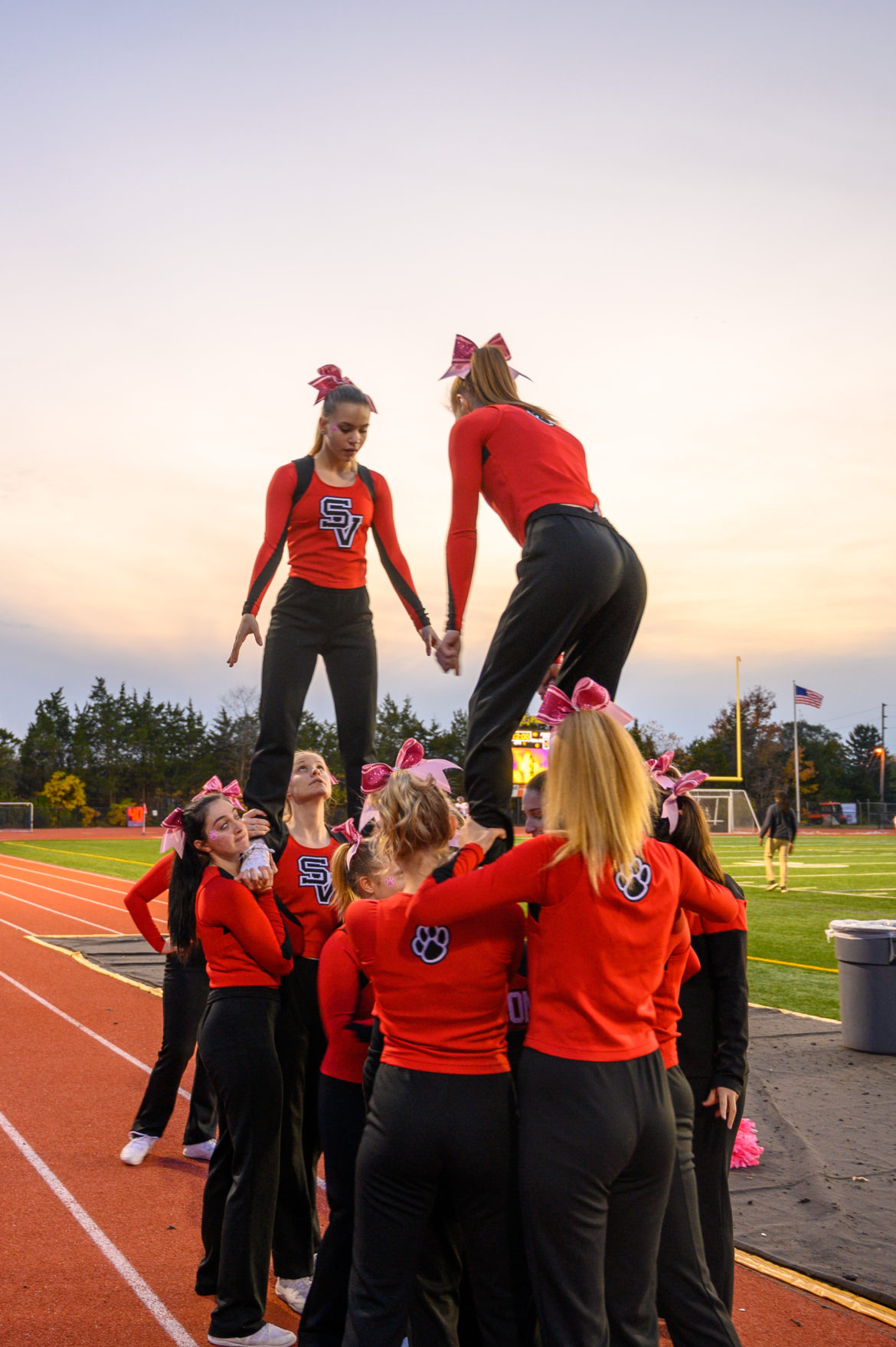 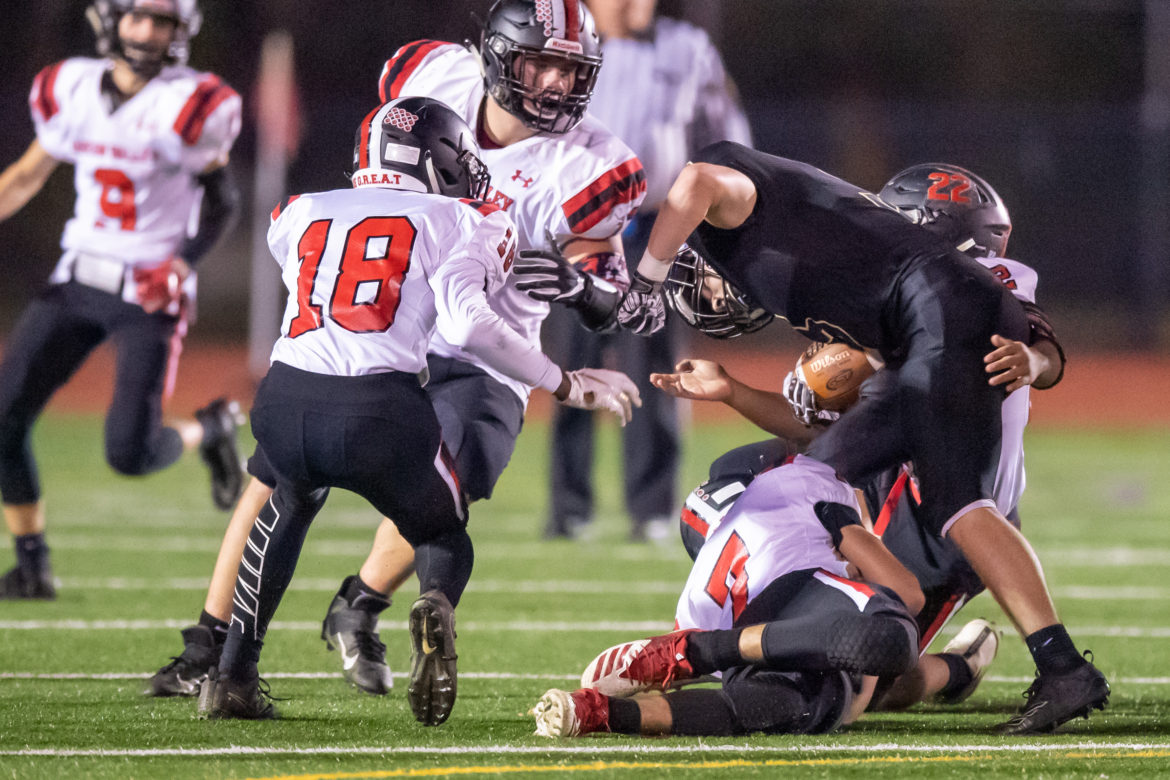 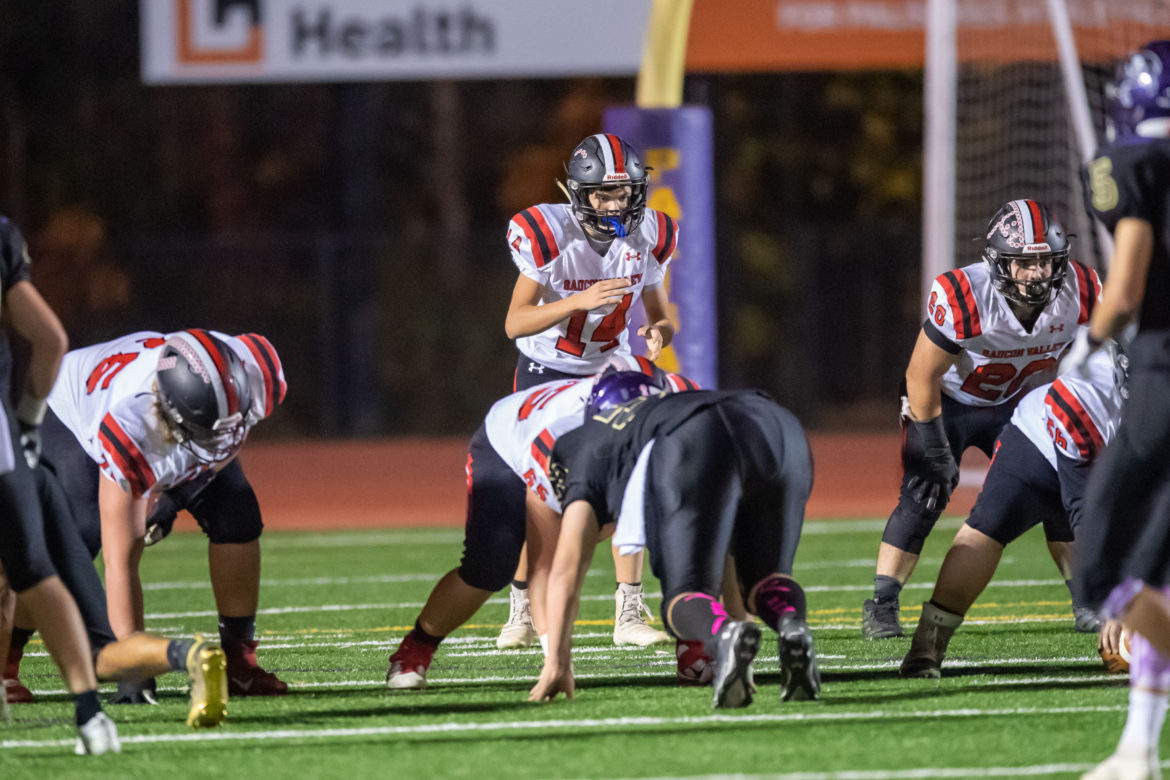 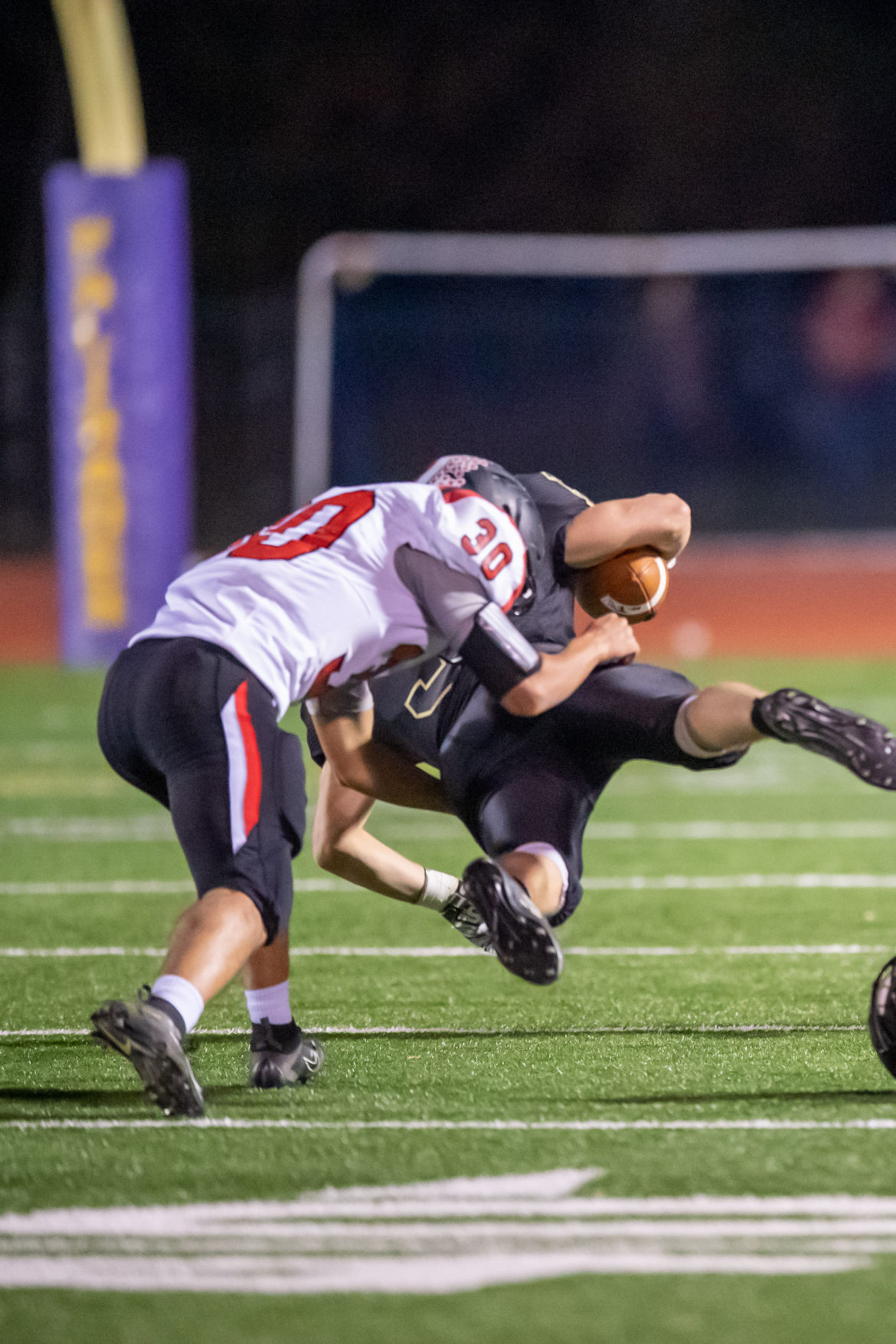 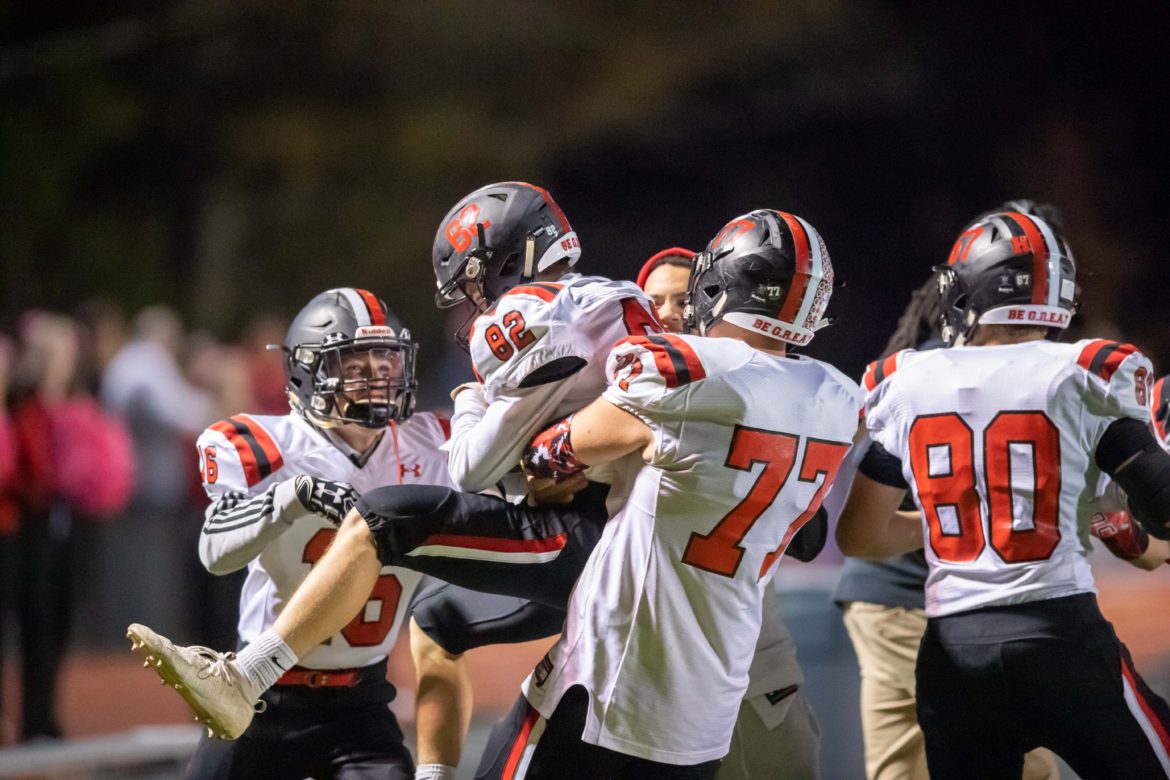