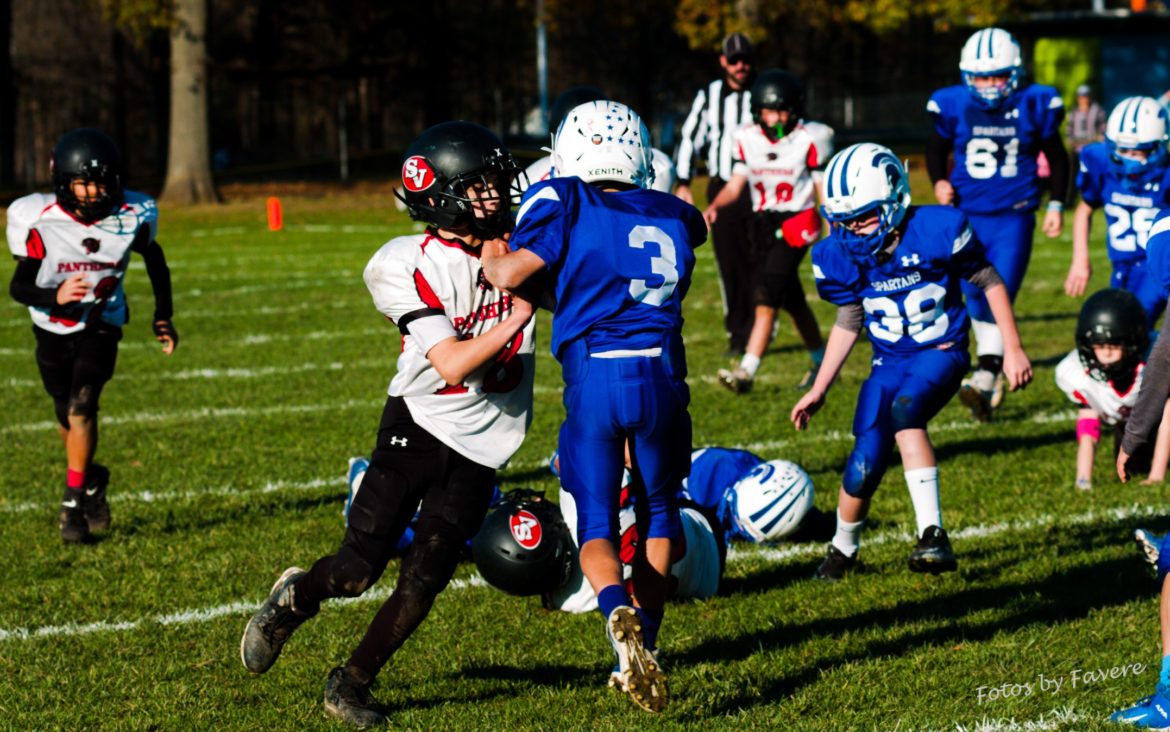 I'd run behind a guy who throws blocks both literally and figuratevely like #18 Hector Mateo does.

The Varsity Panthers’ playoff game was scheduled for 3 p.m. on a bright sunny day at Southern Lehigh. When I arrived at 2:55 I was very surprised to find the game had already started. Unfortunately, nobody sent me the memo about the earlier kickoff and I missed the first 15 minutes of game action. Saucon was down by a score or 14-6 halfway through the second quarter with their touchdown courtesy of #25 Anthony Maholland. The Panthers were on defense at the time of my arrival, and gave up a touchdown on that drive. Then on the ensuing kickoff, the Panthers were unable to secure the football on a short, almost onsides kick attempt by the Spartans, who recovered the loose ball. On that subsequent drive, the Spartan offense took five plays to score again, stunning the Panthers with two quick scores and taking a 27-6 lead at the half. The third quarter kickoff saw the Spartans take possession and waste no time scoring again on one play and widening the margin by another 7 points. The Panthers answered that by engineering their own scoring drive that culminated with a touchdown run by #18 Hector Mateo. The clock was beginning to run down on the Panthers’ season as they tried to create fumbles at every opportunity, but it wasn’t meant to be this year, and their playoff round ended in a 40-12 loss. The Varsity Panthers had a solid season at 7-3 and made the playoffs as the #4 seed. Unfortunately, that put them in a first round matchup against the top team in the division, which as Coach Erik Schneider said, was going to be a tough game. This team is going to have a different look next year with a number of players moving up to middle school and the incoming class made up of members from the junior varsity squad. The coaching staff is already looking forward to working with them and think they are going to be a very good team next year. 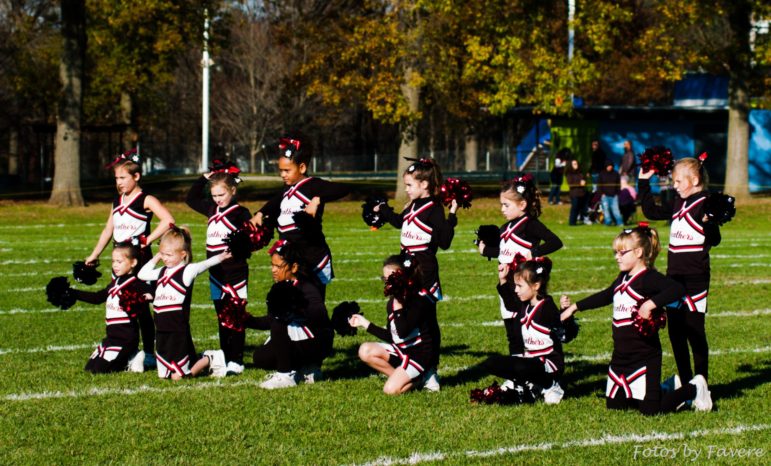 The cheerleaders perform at halftime. 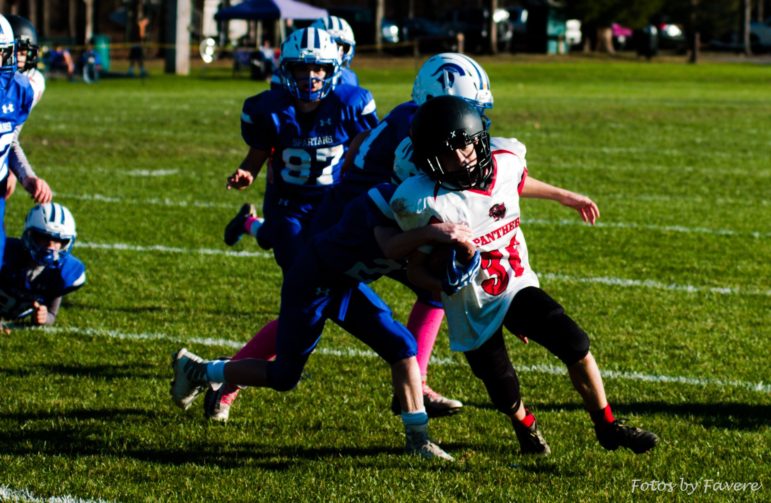 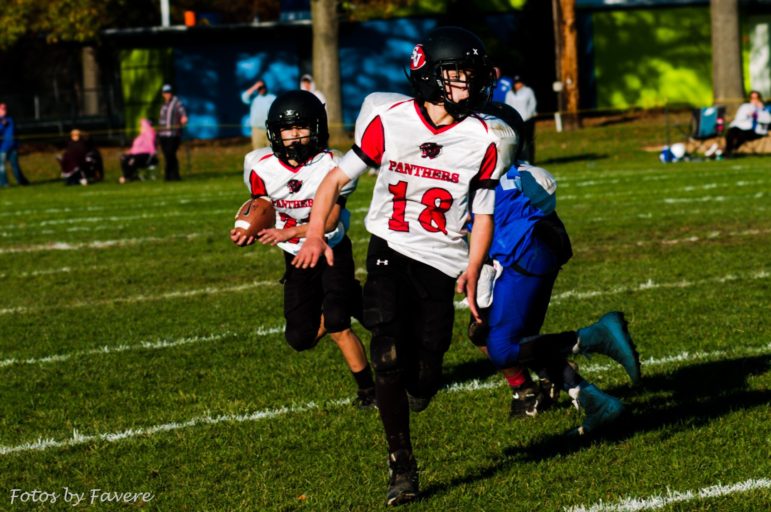 #21 Ezekiel Ziegler runs behind blockers #18 Hector Mateo, foreground, and behind him #22 Noah Hubert. 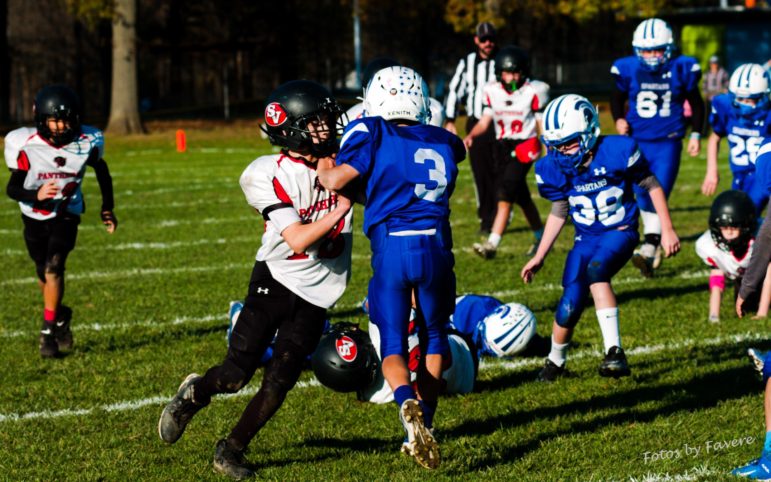 I’d run behind a guy who throws blocks both literally and figuratively, like #18 Hector Mateo does. 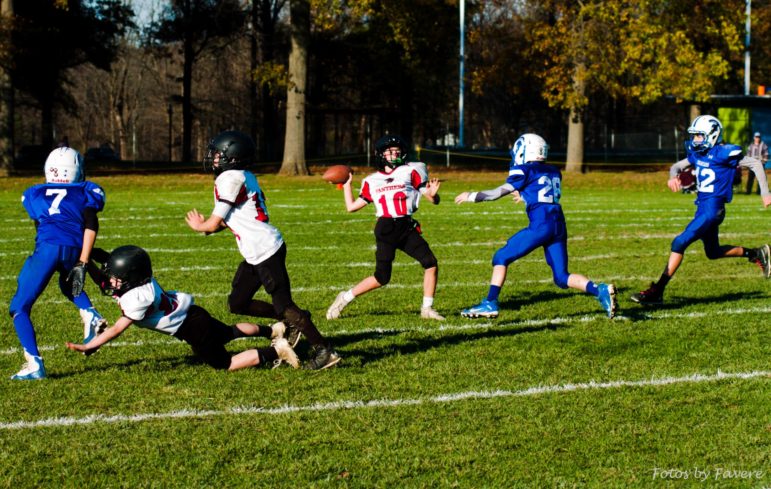 Quarterback #10 Peter Albano throws a pass under some pressure from the Spartan defense. 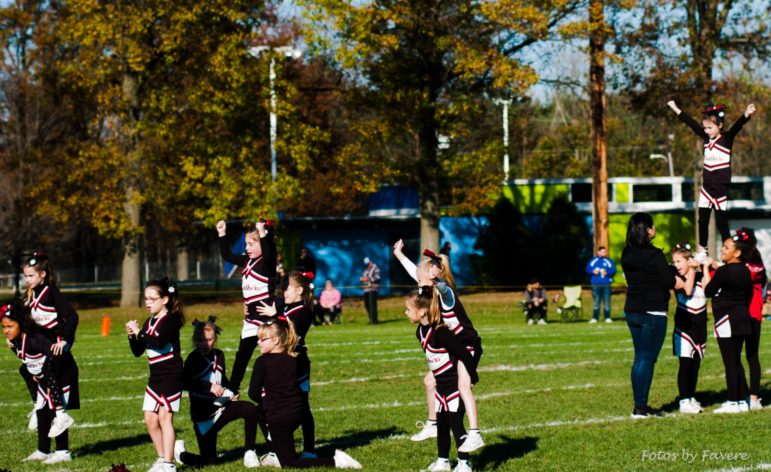 Thank you to the cheerleaders and their coaches for all your hard work throughout the season. 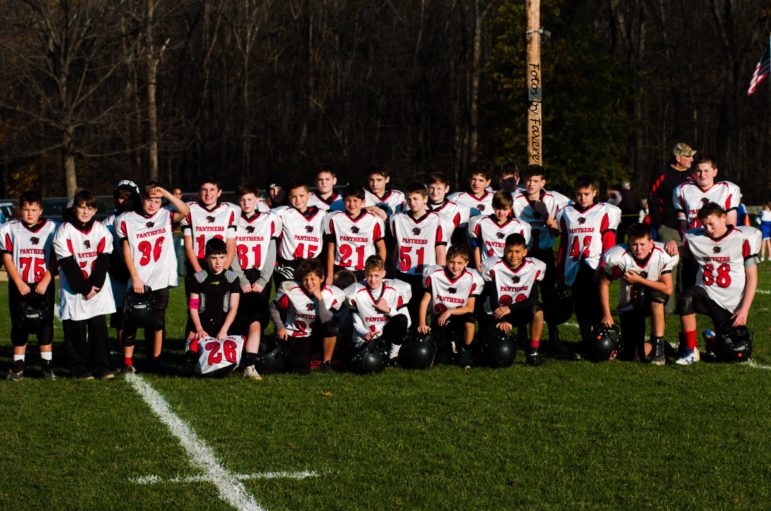 Congratulations to the Panther varsity squad on a fine season.