In a highly-anticipated signing ceremony, Saucon Valley High School star track and field athlete Talitha Diggs announced her college decision in front of a crowd of around 100 coaches, family members, supporters and friends in the high school auditorium Monday.

“I’ve been blessed to be recruited by over 70 colleges and universities,” said the senior, who stood on the stage before playing a video which ended with her moving her arms to imitate an alligator’s “chomp” (a movement popularly known as the “Gator Chomp”) in front of a wall that displayed her chosen school’s readily identifiable logo.

“I will be continuing my academic and athletic career as a Saucon Valley product and a proud member of the community at the University of Florida,” Diggs then announced.

“Without God I wouldn’t be where I am, here, today,” she said.

After her announcement, there were many photos taken and a cake specially decorated for the occasion was served in her honor. 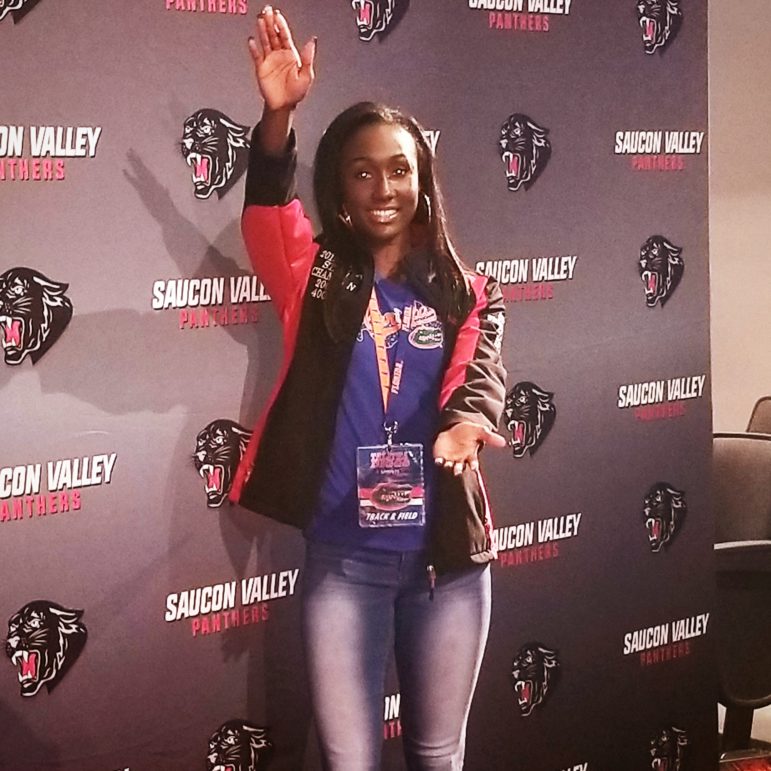 Following her announcement Monday, Saucon Valley senior Talitha Diggs performed the “Gator Chomp,” which is synonymous with University of Florida athletics, to symbolize her commitment to run track at the Division I school. 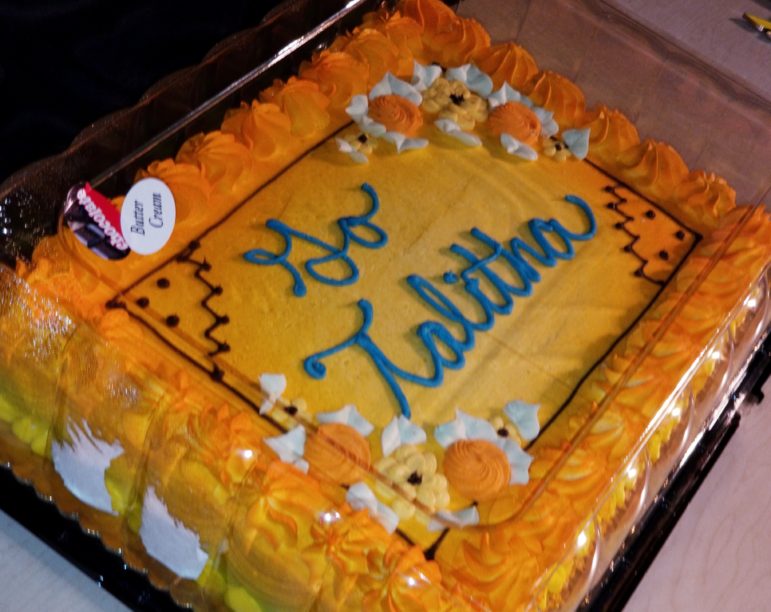 A cake decorated in orange was served at the signing ceremony held for Talitha Diggs at Saucon Valley high School Monday. 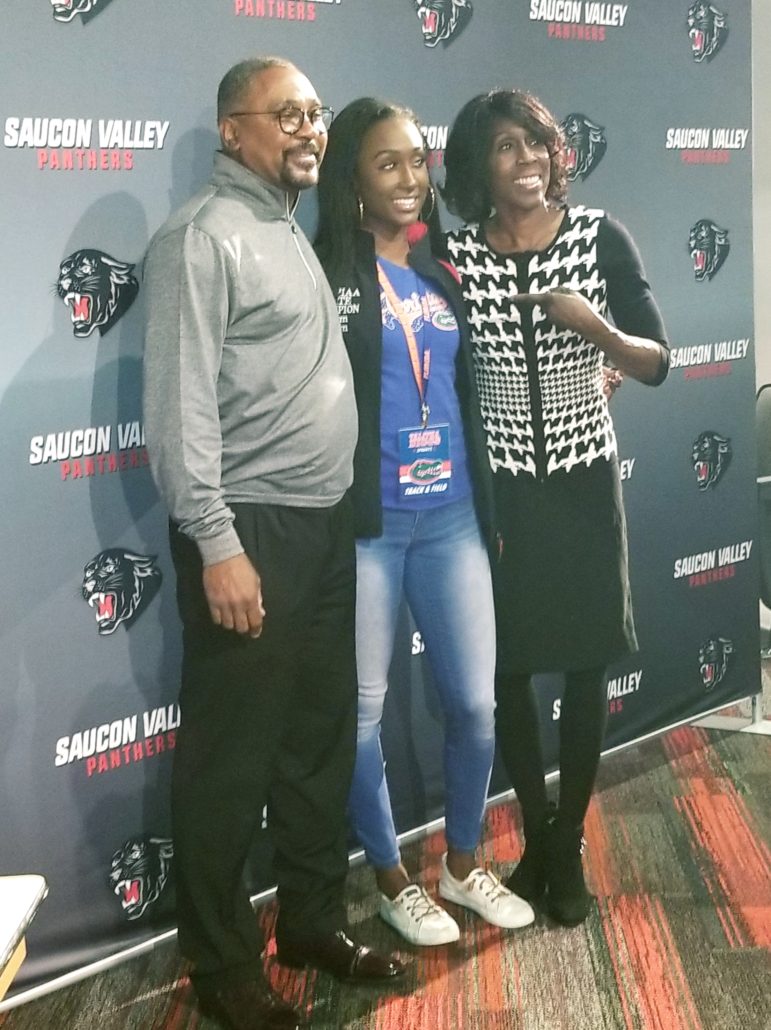