On their Crimewatch page Tuesday, PA Crime Stoppers profiled the cold case of 34-year-old Richard Wesley Wheeler–also known as Richard Cooper–who was found shot to death on Sept. 18, 1980 on a Nockamixon Township property where he was living in a camper. 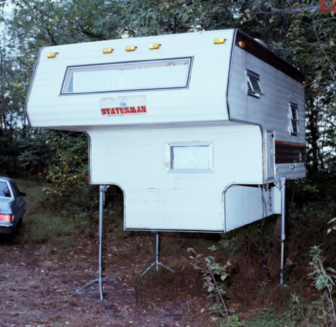 Pennsylvania State Police say 34-year-old Richard Wesley Wheeler (aka Richard Cooper) was living in this small camper on a remote, wooded property in Nockamixon Township, Bucks County, when he was found shot to death on Sept. 18, 1980. Police and PA Crime Stoppers are shining new light on Wheeler’s death, which after 39 years is considered a cold case.

Police said Wheeler’s body was discovered by a construction worker who was doing some finishing work on a cottage that was being built/renovated on the property where Wheeler’s camper was located.

“Wheeler also maintained a property in Piscataway, N.J., and was self-employed as a long-haul, commercial truck driver (owner/operator),” authorities noted in the post.

Anyone with information about this cold case is asked to contact Pennsylvania State Police Troop M’s Criminal Investigation Assessment (CIA) Unit at 610-861-2026 or Pennsylvania Crime Stoppers at 1-800-4PA-TIPS (8477). All callers remain anonymous and could be eligible for a cash reward.