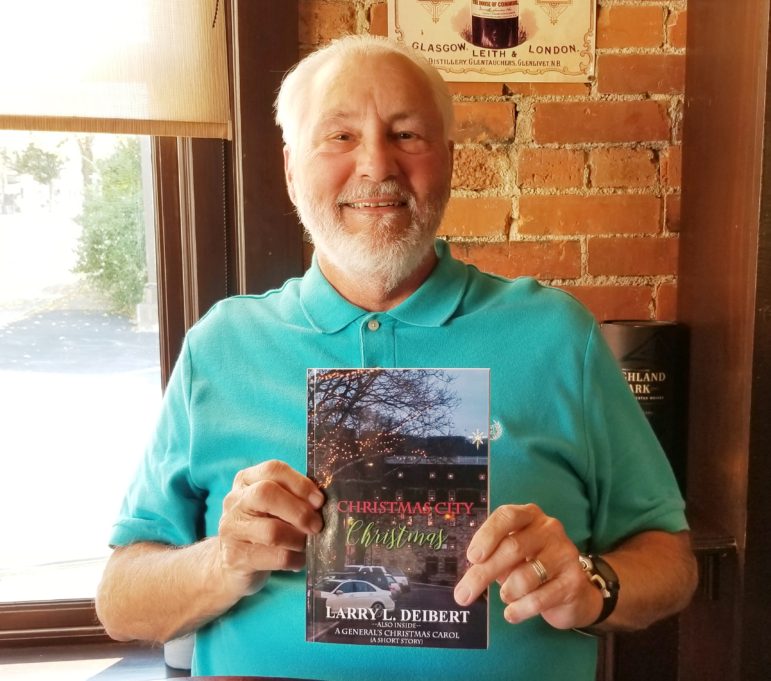 Just in time for the holidays, Saucon Valley author Larry Deibert is back with a Christmas-themed book that also incorporates many of the paranormal themes and plot twists for which he’s become known.

“A Christmas City Christmas” is the fourth and final installment in his Christmas series of novellas, and in it he ties up some loose ends that were left hanging in the earlier works.

Perhaps not surprisingly, with so much going on from a plot development standpoint, “there might (still) be more books,” Deibert admitted in a recent interview at Braveheart Highland Pub in Hellertown.

A recurring theme in Deibert’s works is immortality, and “A Christmas City Christmas” is no exception in terms of its plot, which the author explained revolves around the undead working to save the life of a child who symbolizes the future hope of humanity.

“I wanted to kind of recreate the birth of Christ in a human by making the child immortal,” he said.

If you’re intrigued by what you’ve read so far, Deibert would love to meet you at one of his numerous holiday season book-signings planned in our area, including the following:

He’ll also be signing copies of another recently-published tome he’s written called “The Other Side of New York,” which is the second book in his time travel trilogy.

A third installment is due sometime in 2020 and he also has at least 15 short stories in various stages of completion, but Deibert said that beyond what he’s working on now, he’s thinking about slowing down a bit.

The rapid-fire pace at which he’s been writing for the past few years doesn’t give him as much time for travel as he’d like, and he wants to be able to spend more time with his family, including his wife and grandchildren.

“(Writing) has kind of become an obsession with me, as it is with all writers,” he conceded. “I want a little more ‘us’ time.”

To learn more about Deibert or purchase copies of his books, visit LarryLDeibert.com and follow him on Facebook.