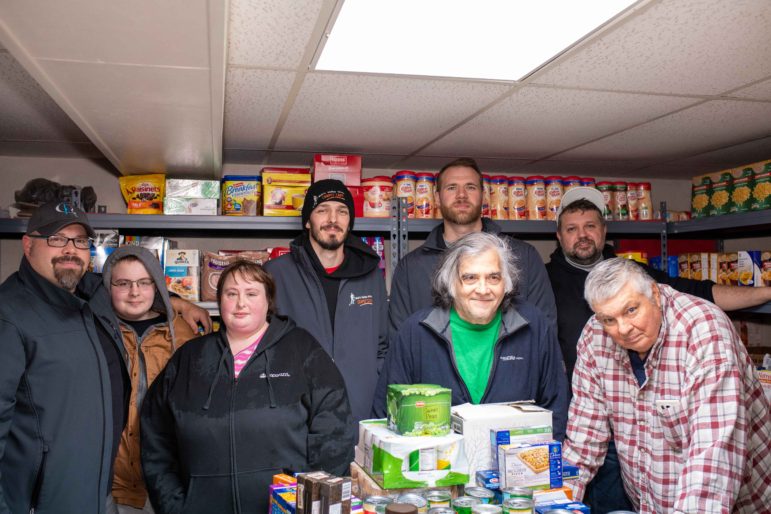 Josh Popichak of Saucon Source with Kenny Boecker and Nate Conrad of Bob’s Valley Wide Carpet Care delivered a small mountain of nonperishable food items to the food bank at Ebenezer New Reformed Church in Lower Saucon Township Dec. 17. The food bank is serving more than 350 families a month, according to food bank volunteers who said they were thankful for the donations. This is the second year in a row in which Saucon Source and Bob’s have partnered during the holidays to help Ebenezer and New Jerusalem Evangelical Lutheran Church food bank, which is also located in Lower Saucon Township.

Sheila Dieterly, a volunteer coordinator for the food bank at Ebenezer church, said the organization provided food to more than 350 families in November, which represents a modest year-over-year increase in terms of the total number of families being served.

The food bank at Ebenezer church is open Tuesdays to anyone in need from 6 to 7 p.m.

Food is distributed no questions asked, but a valid ID is required to utilize the food bank.

Dieterly, her father Mark, Sam Hess and several other people make up a core group of volunteers who are at the food bank in the church’s basement nearly every Tuesday to sort and oversee an operation that’s a lifeline for people in Saucon Valley and beyond.

“You’d be surprised how many people use the food bank and you can’t always tell what someone’s needs are based on the car they drive,” said Mark Dieterly, who commented that just because someone is driving a newer car doesn’t mean they’re financially secure.

“One of the reasons we hosted this food drive is because there’s quite a bit of hidden need in Saucon Valley, which has a reputation for being an affluent area,” said Popichak. “There are many working class families in our community who are just barely making ends meet. And one missed paycheck could be enough to put them in line at a food bank.”

For the same reason, he and others have organized a warm winter accessory distribution-drive called Project Keep Hellertown Warm for a third consecutive year, he added.

“I would like to personally thank all of the businesses who stepped up to help us with this effort as well as everyone who donated to the food drive,” said Popichak. “Your contributions will help make the holidays brighter for people right here in the community, and giving is what Christmas is truly about.”

The New Jerusalem church food bank is open the third and fourth Saturday of each month. For more information about donations and distribution, click here. 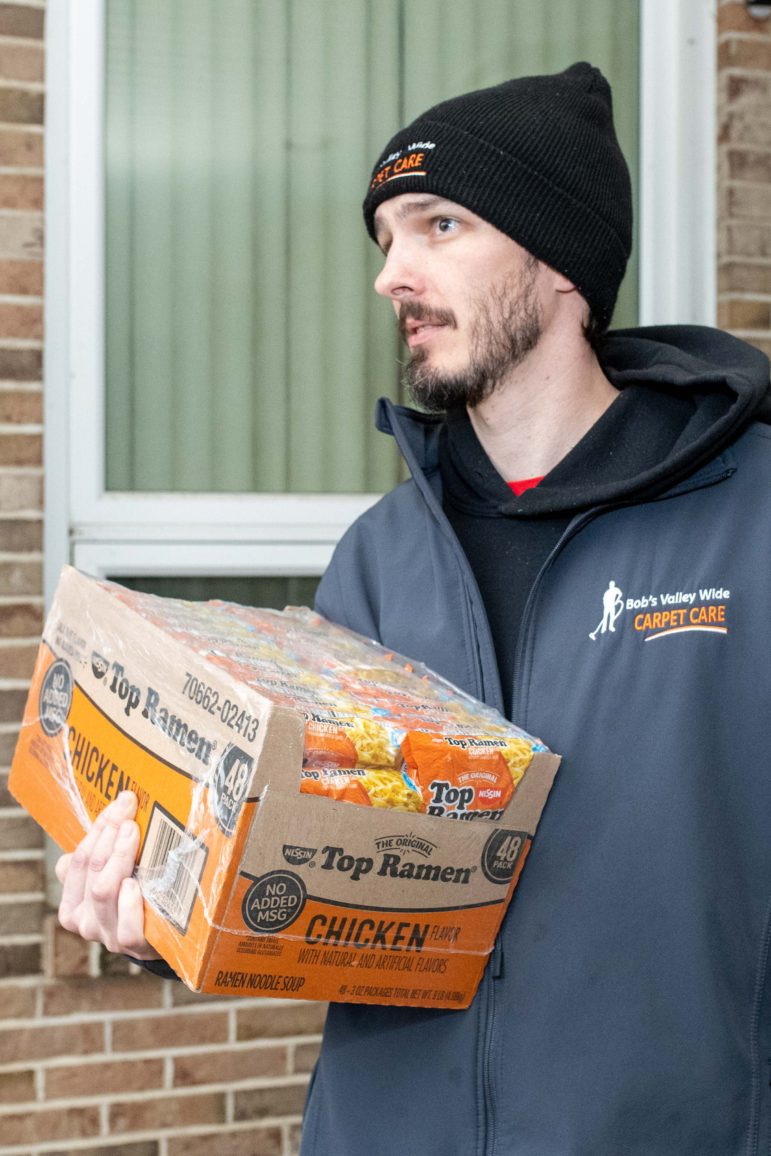 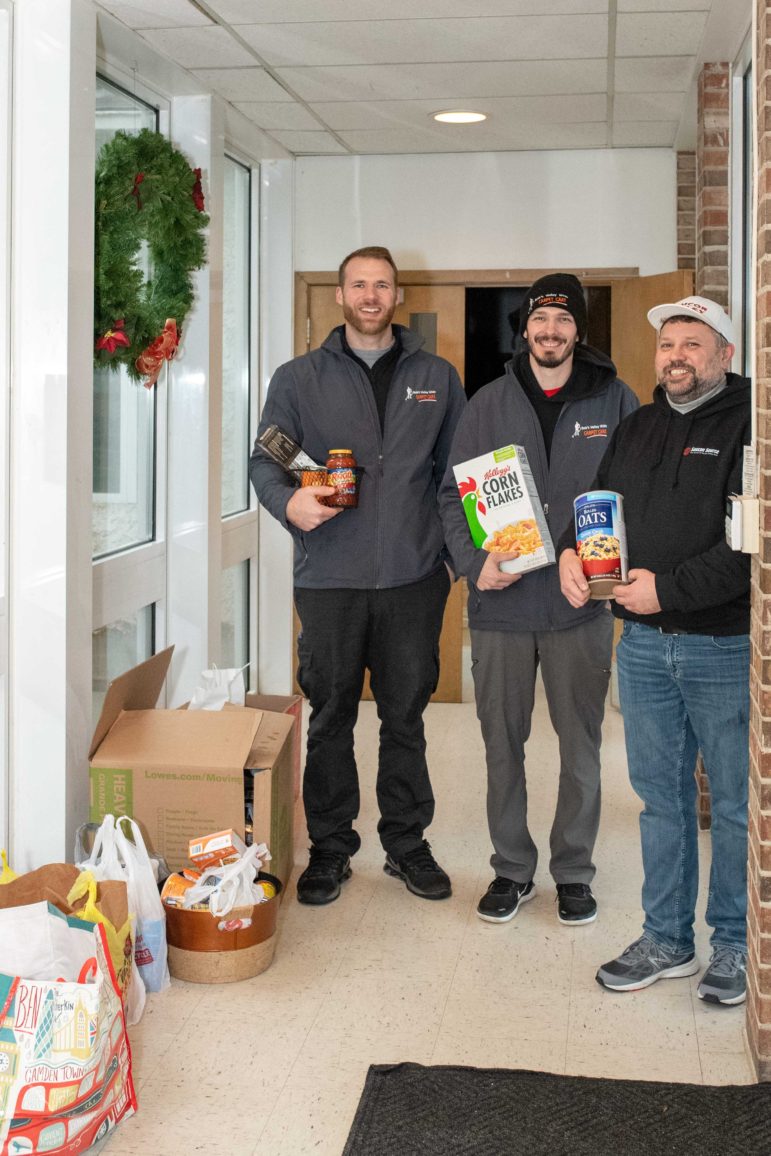 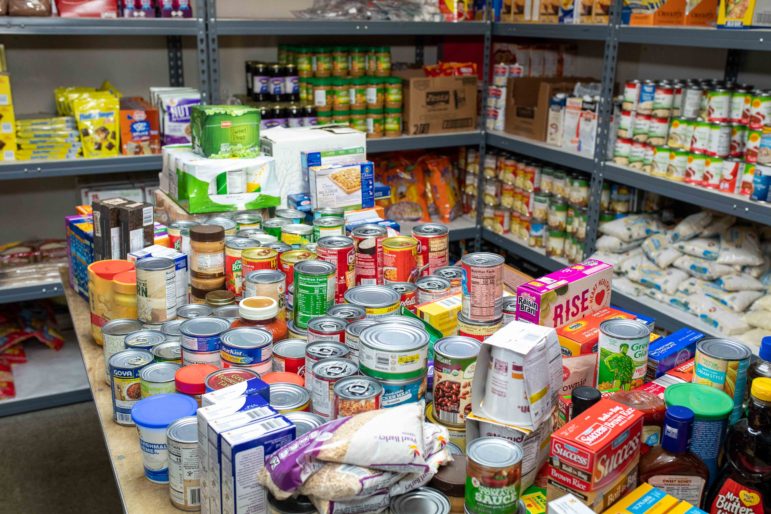 All of the food on the table was collected during the food drive, which was held Dec. 2-16 at local businesses and organizations which hosted dropoff boxes. 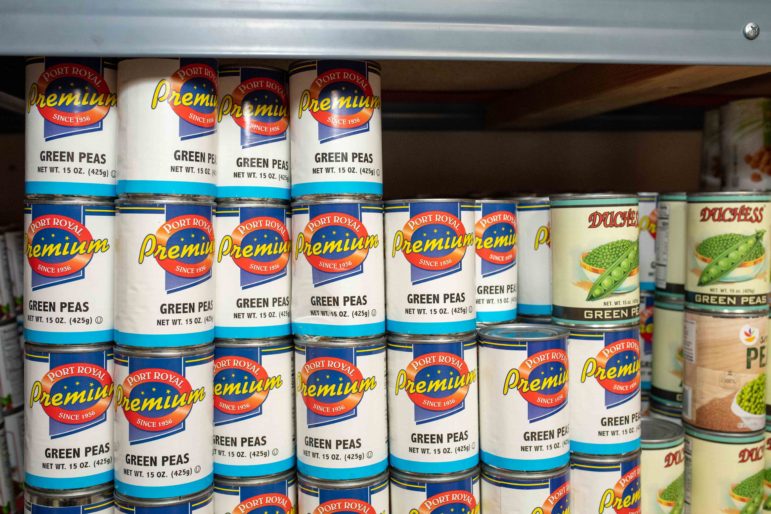